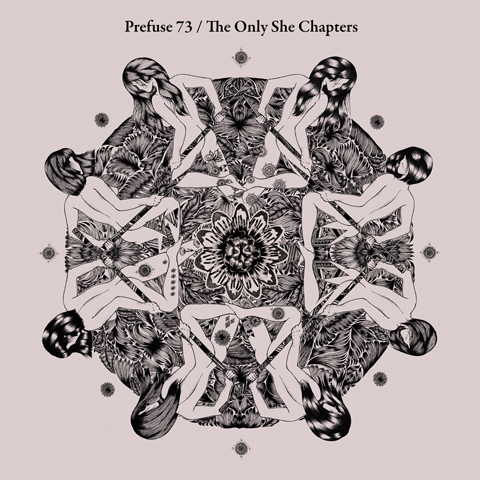 Scott Herren is set to return with a new Prefuse 73 album on April 25.

Warp Records will release The Only She Chapters, the eighth Prefuse 73 full-length to date, on CD, digital and double vinyl. It marks a significant development in Herren’s approach to music-making – this is very much a compositional, as opposed to loop-based, work. He also calls upon the vocal talents of several different female artists, most notably Broadcast’s late Trish Keenan and neo-goth torch singer Zola Jesus, but also Faidherbe, Shara Worden (My Brightest Diamond), Nico Turner and Niki Randa. As its title suggests, this is an album that foregrounds and explores the idea of the feminine, right down to the artwork, which comes courtesy of illustrator Yuko Michishita.

“This record is a weird one for me,” says Herren. “The process features all women vocalists and voices and the music was recorded very differently from how I normally work. This can be seen as a departure from other albums but it’s not a departure intended to leave people feeling alienated or baffled. It’s just a different way to interpret my music and it’s an open invitation for anyone that wants to listen.”

The album is further influenced by Herren’s recent work with Poland’s Ausko Orchestra, which saw them reinterpreting his material for classical arrangement, and his collaborations with Daniel Lopatin (Oneohtrix Point Never), with whom he’ll be touring later this year.

You can listen to clips of six tracks from The Only She Chapters here. Pre-order the album here.