New Boards Of Canada double-album on the way? 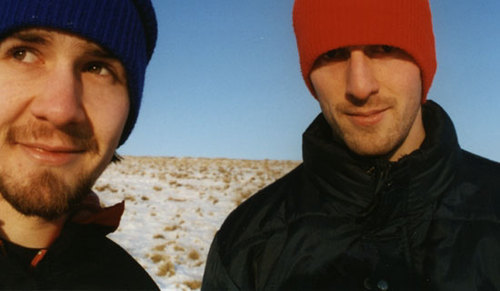 According to BBC6 Music presenter Peter Serafinowicz, the Sandison brothers have a “new album coming out soon”.

Bar the occasional remix, Boards Of Canada – never known for their hyper-productivity – haven’t released any music since 2006’s Trans Canada Highway EP. Those hankering for their next hit of superlative pastoral electronica may not have long to wait. On his Saturday morning show for 6Music earlier this month, Peter Serafinowicz hinted that the band would be releasing a new record in 2012. The 2020k blog has helpfully transcribed Serafinowicz’s announcement:

“I’m gonna play some Board of Canada now. I’m a bit of a Boards of Canada evangelist. They’re my favorite band, I think. Maybe them and The Beatles. But, they are a band, again, a bit like The Fall. It’s like once you get into them, or rather, once something clicks you just wanna hear everything they’ve released…They’ve got a new album coming out soon and I think it’s gonna be a double album and I’m so excited, I really am-to hear their new one”

Serafinowicz’s fandom is fairly indisputable; that said, he’s also a well-renowned comic actor and prankster, so distinguishing truth from conjecture may not be easy (he’s also the voice of Darth Maul, which may or may not have any bearing on your judgement). Should any firm details of a new BoC album – double or otherwise – materialise, no doubt you’ll hear about it here very swiftly indeed.