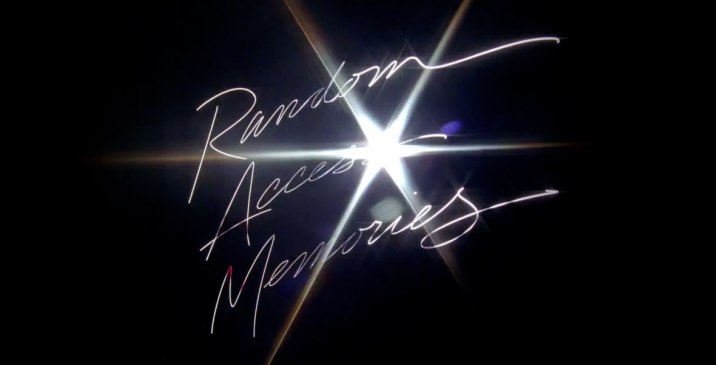 Earlier this month, FACT attended a playback of Daft Punk’s Random Access Memories. And while we’d like to go back to our notes and give you something in-depth from them, we only had the one listen – it’s not enough for a full review.

What we can tell you is that Random Access Memories lives up to its billing as the year’s biggest electronic album, and one of its biggest comeback records (in a year that’s seen Bowie, My Bloody Valentine, Boards of Canada, Sabbath and Neutral Milk Hotel return, there’s a lot of competition). The group told Rolling Stone in their first interview about the album that they wanted to bring back a human, ‘70s / ‘80s session musician vibe that they feel has been lost in the age of bedroom producers and EDM, and by God they let you know it. Lyrically the album is full of references to feelings, touch, and loving music in the purest possible sense, and it’s not often subtle. At times, it’s like listening to a Disney soundtrack: the Paul Williams featuring ‘Touch’ is the worst example, but ‘Motherboard’, ‘Beyond’ and ‘The Game of Love’ are all pretty hammy. At other points, it’s so prog it hurts.

Overall though, it’s hard to not be blown away by the sheer size of this album. This is proper IMAX music – every drum hit sounds like it’s a million miles wide; each part of the frequency grid usually has something going on. It’s a huge record. It’s a bit of an exhausting record. And although its closer, ‘Contact’, is good, its soaring serrated synths remind you of the grit that’s generally been missing to that point. Still, there are some fantastic moments: Giorgio Moroder’s appearance on ‘Giorgio by Moroder’ has to be heard to be believed (we don’t want to give it away, but he’s not just on synthesiser). Julian Casablancas playing Tom Petty through a vocoder and Panda Bear voicing a retro drum machine jam are delights, while Todd Edwards’ vocal performance is like that great scene in Love Actually where Hugh Grant’s driver starts belting out carols. Todd’s sung before, but never quite like this. 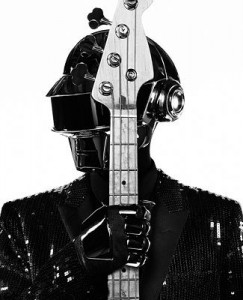 In keeping with the virtual memory theme of the album’s title, we thought we’d run down our thoughts on it in terms of numbers. Random Access Memories, then, from 13 to one:

12: Releases on Darkstar’s Discogs page. While the Warp trio might seem irrelevant to Random Access Memories, it was hard not to think of them when hearing track after track of impeccably produced robot vocals – and how the grainier sounding robo-vocals Darkstar used to use hit a lot harder.

10: Days between ‘Get Lucky’’s single release and the official announcement of Boards of Canada’s Tomorrow’s Harvest, the one album this year – so far – that’s matched Random Access Memories in the pre-release hype campaign.

09: Minutes of absolute brilliance on the Giorgio Moroder-featuring ‘Giorgio by Moroder’ – and we’re pretty sure that the completely over the top descending drum hit that closes the track was only included to take it to the nine minute mark.

(8)08: The model of Roland drum machine backing up Panda Bear on late highlight ‘Doin’ it Right’. 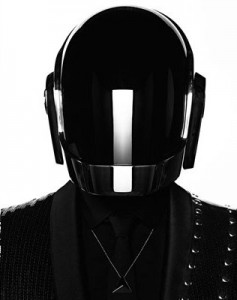 07: Minutes too many of ‘Touch’, by some distance the album’s turkey.

06: The amount of people registered for the Daft Punk playback that FACT attended. Five showed up, and when asked if there was a track that they’d like to hear again, all replied with ‘Giorgio by Moroder’.

05: Songs that got us misty-eyed over the thought of driving to Coachella and seeing that Daft Punk banner over the highway (‘Give Life Back to Music’, Instant Crush’, ‘Lose Yourself to Dance’, ‘Fragments of Time’, ‘Get Lucky’).

04: The title of the Toto album (Toto IV, 1982) that Random Access Memories reminded us just a little bit too much of at times.

02: Tracks that made us wonder if scoring for Disney has had a lasting negative effect on Daft Punk (‘Touch’, ‘Beyond’).

01: The current position in the UK singles chart for ‘Get Lucky’, the most chart-friendly track on Random Access Memories by a distance and one of its best.

Disney is giving Tron 3 another shot