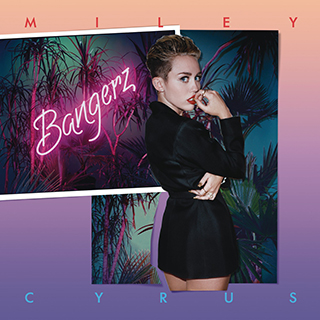 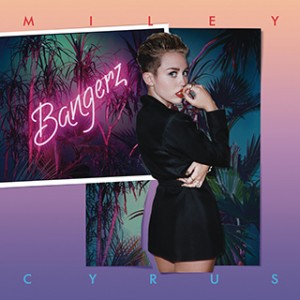 The world’s gone mad and it’s all Miley Cyrus’s fault. In the last year, The Artist Formerly Known as Hannah Montana – whose performances and lyrics, it should be noted, had been getting more adult for some time; her last album was even called Can’t Be Tamed – cut her hair and fucked shit up. She made friends with professional pervert Terry Richardson and Atlanta hit-maker Mike Will (who until Miley and Rihanna got hold of him, was best known for working with Southern rappers like Juicy J, Future and Gucci Mane), got the world talking with her performance at the VMAs, got it talking again with the video for ‘Wrecking Ball’ (in which she rides a demolition ball naked and licks a sledgehammer), then got Sinead O’Connor talking about how this Vulnerable Young Woman needed to go indoors and put some clothes on. Later that day, Miley had responded in two ways – with this photo-shoot for Vibe, and this Tweet. The former was fortuitously timed, the latter was nasty and cruel, but putting a 20-year old on the spot like that was never gonna go down well.

Fact is, as much as O’Connor would like to mother her, Miley’s far from an idiot; in fact, she’s pretty savvy. The VMA performance had its issues – Robin Thicke’s Beetledouche suit, the car crash choreography and Miley effectively reducing a black woman’s arse to a stage prop were all problematic for different reasons – but this “strategic hot mess”, in Miley’s own words, was only ever designed for one thing: again, to get the world talking. And talk it did – Drake even dedicated a sweater to it. Job done, and let’s face it, plenty of us gave Britney slack for boner dyking at the VMAs in 2003. It’s almost as if Miley had an album to promote.

That album, Bangerz is also a pretty hot mess. In a recent interview with Rolling Stone, Miley claimed that she was “listening to it 20,000 times to make sure [that] every detail is perfect”, but after five tracks of this record it’s clear that she has no interest in structuring it in a conventional manner. Bangerz opens with ‘Adore You’, one of its best songs but also one of its slowest, before moving onto Mike Will-produced chart hit ‘We Can’t Stop’. After that it’s ‘SMS (Bangerz)’, a Salt-n-Pepa-sampling collaboration with Britney Spears that features Miley rapping – she raps like Cleatus the Slack Jawed Yokel, by the way, and her adlibs on this track simply go “fuckin’ bangers!” – for the first time on the album. Think that sounds all over the place? Track four, ‘4×4’ is a country track with lyrics about being addicted to donuts and pissing on yourself (plus a guest appearance from Nelly), while the chorus of track five, ‘My Darlin’, sees Miley duet with Future on what’s effectively a cover of ‘Stand By Me’.

Bangerz may be Miley’s ‘urban’ album, but she never fully escapes her country roots – her father, of course, is Billy Ray Cyrus of ‘Achy Breaky Heart’ fame – and the record is at its weakest when it’s more hoedown than hoes down. The aforementioned ‘4×4’ is just about the worst take on Nelly’s ‘Ride Wit Me’ imaginable, while ‘#GETITRIGHT’ pairs some of the album’s worst lyrics – try “sexy sexy, got things I want to do to you / make me make me, make my tongue just go doo-do-doo”, “you played my strings like my guitar” and “I’m dancing in the mirror / I feel like I’ve got no panties on” on for size – with a beat that’s all hand-claps, guitar plucks and cowboy whistles. ‘FU’ is another low-point: a dubstep haunted carousel that honestly – and this is saying something – might feature the most pointless guest appearance of French Montana’s career, clocking in at less than 20 seconds. “L-O-L, man I shoulda known”, crows Miley. Dude, we all could have told you.

Generally though, Cyrus’s fourth album is more – ahem – bangers than clangers. The closing run of ‘Do My Thang’, a juddering 808 depth charge that’s worth the price of admission alone for Miley’s enunciation on “I’m a Southern belle”, wind tunnel hyperballad ‘Maybe You’re Right’ (unfortunately the line “yeah I’m emotional / blame it on your mental jokes” takes on a new light in the wake of Sinead-gate), and ‘Someone Else’, one of Mike Will’s most natural sounding pop songs yet, ends the album on a high. There are plenty who won’t be able to distinguish Bangerz from the public persona that Cyrus has engineered in the lead-up to its release – a Molly-eyed, attention-seeking twerk-pixie with a tongue that moves independently from the head – but in a year where the pop charts’ two biggest singles sound like Jamiroquai and Emeli Sande has sold more albums than anyone else from the UK, a record this entertaining, diverse and full of surprises – and often, yes, good songs – feels like a breath of fresh air. 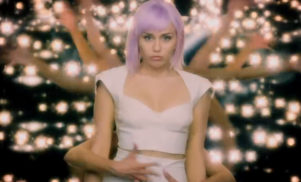 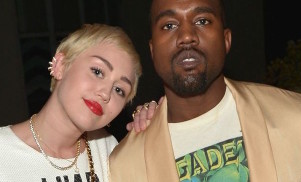 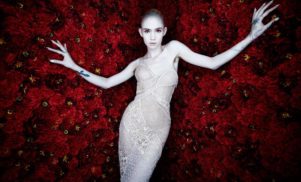 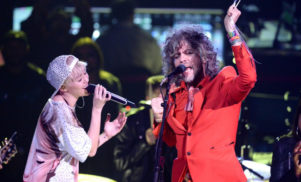 Miley Cyrus and The Flaming Lips to play naked concert 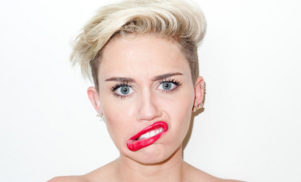 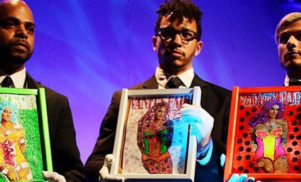