Jamie Lidell on his new music production podcast, Hanging Out With Audiophiles

The veteran UK vocalist and producer tells us what to expect from his new podcast about the music-making process.

Today (September 18)  sees the release of former Warp artist Jamie Lidell’s new EP, Extended Beginnings. It’s the second record to be released on the IDM experimentalist-turned-soul singer’s Jajulin label since he struck out on his own late last year, but this month saw Lidell quietly launch another new project: a podcast about music production called Hanging Out With Audiophiles.

“I think after 14 years making records on Warp, I’ve come to understand what it feels like to need to do it all,” Lidell says of why he decided to start his own music production podcast. “From the writing to the performing, all the production and mixing – I’ve spent over 20 years honing all these skills and interests, and along the way I’ve made a lot of friends in the game that are often unsung.

“[It’ll be] mostly musicians, producers and engineers, but I’m sure I’ll also get lawyers and managers in the action to share useful nuggets about the game. I know how hard it can be to start out making music without encouragement and advice. I really want to give back some of the odd knowledge that is part of this crazy world of music making!”

As you might expect, Lidell listens to a lot of podcasts in his spare time too. “That’s definitely one of the reasons I wanted to start a show,” he says. “I’m a fan of Mark Maron, The Sporkful, Song Exploder, Tape Op, Sonic State, then I’ll be into Radiolab and the more long-form talking pieces too. 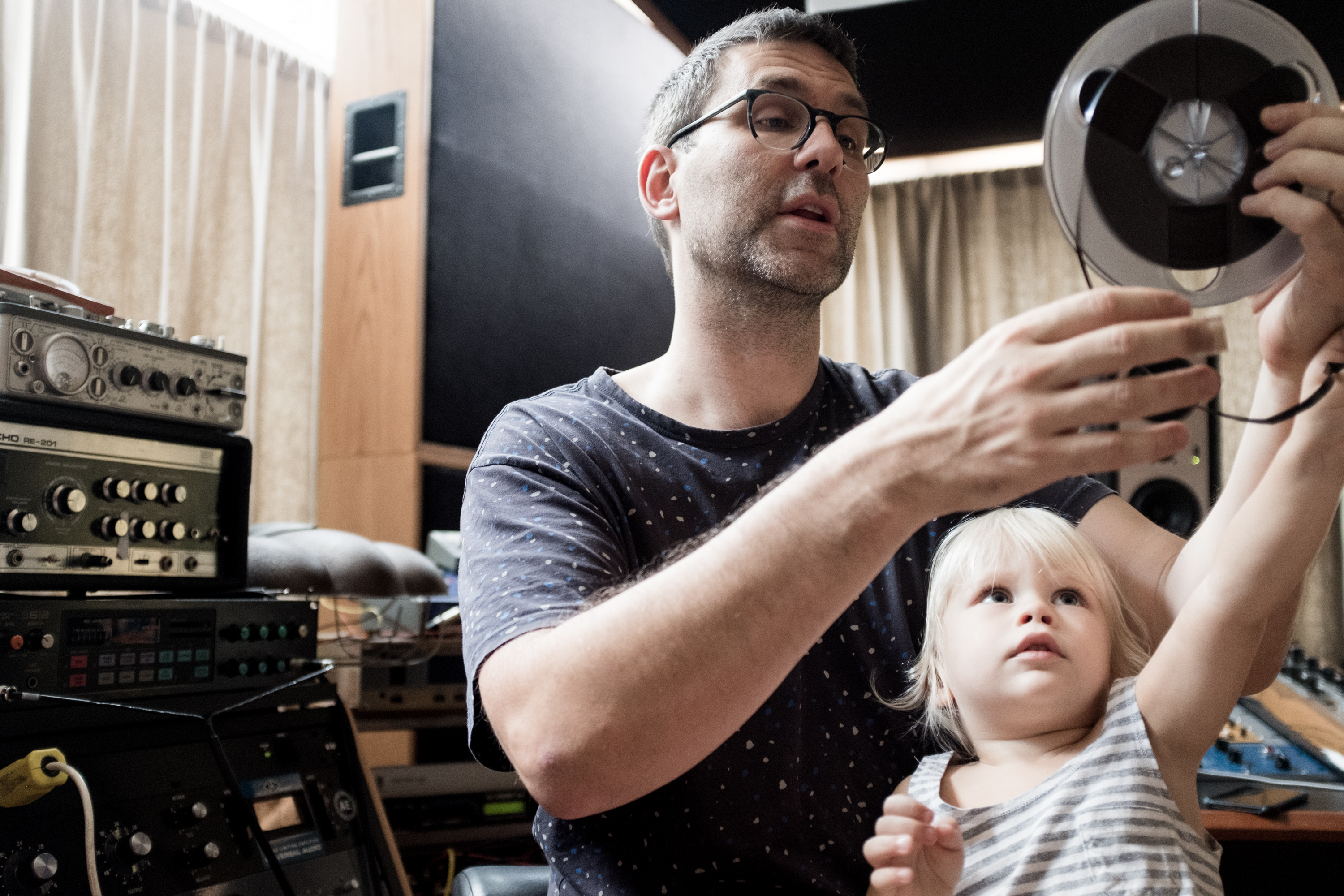 Lidell’s music is characterized by his soulful vocals, but he’s also an experienced producer with a keen interest in vintage gear and modern technology, like his new Polyend Perc Pro drumming machine. He’ll be exploring his technical side with a segment on the podcast that goes into the specifics of certain music-making techniques; the first episode sees him explaining how he makes drum sounds from scratch using an NI plug-in called Polyplex and his Minimoog Model D.

“My studio is a fun space,” he says. “When I left Berlin I sold a Jupiter 6, AKG BX20, EMT compressors, Telefunken tape machine, 88-key Rhodes, and a modular synth to Peaches. I just couldn’t really afford to take it to the US.” Lidell’s new track, ‘What Are You Afraid Of’, is a prime example of how he meshes vocal acrobatics with studio techniques (as he explains in a ‘making of’ video below).

“I spend a fair bit of time building systems and machines in Max for Live and other bits of software. I never really share that stuff so it feels good to have a way to try to explain it all. The aim is just to encourage and spread the ideas. I know someone will find it useful! I used to be very guarded about my custom software and approach but now I’m happy just to add my small drop of knowledge to the pool.”

Lidell will be starting off by sharing whatever he’s been up to in the studio that week, but is open to requests from his listeners. “It’s early days with this just being episode one, but I’d love to add additional content on my webpage to share ideas and setups,” he says.

His dream guest on Hanging Out With Audiophiles? “Brian Eno. I think he just exemplifies the spirit of the show. Making systems, playing with sound as putty. Having a healthy distain for lazy rules and exploring the edges whilst communicating and inspiring with great work.”

Subscribe to Hanging Out With Audiophiles at iTunes and listen to Lidell’s Extended Beginnings EP on Apple Music or Spotify.