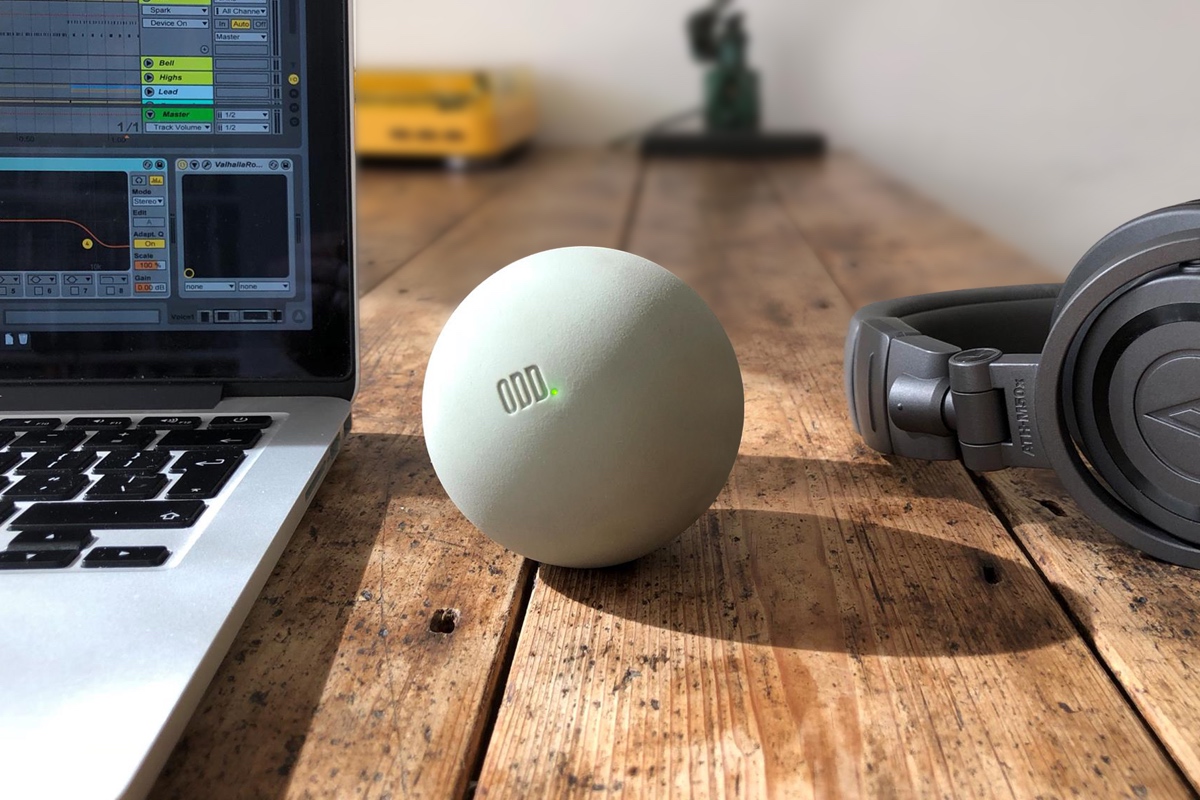 It’s available on Kickstarter for £59.

A UK startup has launched a Kickstarter campaign for a drum machine inside a bouncing ball that can be thrown at any surface to make beats.

Oddball, which charges over USB, is really just a MIDI controller with a percussion trigger inside that connects to an app via Bluetooth. The ball itself is pressure sensitive, so the harder it bounces, the more intense the drum sound.

The app has audio libraries that let you choose between traditional drum sounds and electronic tones. It allows you to loop beats, play over tracks of your choice and even play with multiple balls if you’re a skilled juggler, while there’s also a social component that lets you upload beats and share them with other Oddball users.

The team behind Oddball explain in a press release they designed it because they wanted to open up beatmaking to everybody, regardless of ability. However, experienced producers haven’t been forgotten: the device can be configured for use as a MIDI controller with DAWs including Ableton Live, GarageBand and Logic.

The Oddball can be backed at Kickstarter now. Backer rewards go up to £299 for a ball made in a custom colored Oddball, though the regular ball currently costs £59.

Read next: How To Make A Joe Goddard Track