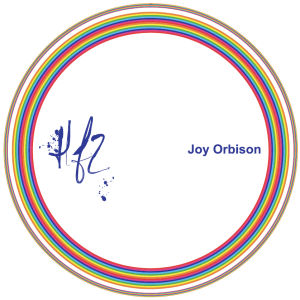 People have already responded in droves to Energy Flash author Simon Reynolds’ idea that he’d rather be “in the midst of a crowd aving it apeshit to this” than “in the midst of headz sagely nodding (off)” to ‘Hyph Mngo’, but it bears repeating just how wrong his assumption is.

a) It’s wrong because at FACT, we’ve put on raves where ‘Hyph Mngo’ has been played, and people have gone nuts – running in from outside when they hear it played, dancing on the stage and all sorts of shit. We’re not talking students with baggy hoodies and half-formed goatees who spend all their time on dubstep forum either. And b) because if you’re in the middle of a dancefloor where tunes like ‘Chainsaw Calligraphy’ are being played, then – as anyone who’s seen, say, a Skream set at a festival lately will testify – you’re inevitably, unfortunately, going to be doing so surrounded by cunts who’re moshing and knocking your girlfriend over. This isn’t 16 bit’s fault, obviously, but it’s how it is these days.

Simon Reynolds’ later criticism that ‘Hyph’ is “undeveloped [and] not fully realised” holds a bit more water – in fact, it’s one of the only bones you could pick with the track. But it also misses the point: ‘Hyph Mngo’ hasn’t become an anthem because it’s structured like a pop track; because it’s a fully realised song that peaks and troughs. It’s become an anthem because of that moment; the moment that one note rises, out of nowhere (the track’s intro, great as it is in its subtlety, does nothing to prepare you for just how joyful this moment is), and everyone on the dancefloor simultaneously realises what’s hanging over them, and get swept away by it.

It’s the dude’s first single: he’s got a lifetime to hone song structure. For now, he’s created a moment – the sort of moment Joker created with ‘Gully Brook Lane’ (lest we forget that the Bristolian’s made more fully realised tracks since, but none will raise a crowd’s mood the same way those snyths at the start of ‘Gully Brook’ still will). And that, frankly, means more to dancefloors in ’09 – and dancefloors for the next five years, for that matter – than how “developed” it is.