Bandcamp might be one of the best things to have ever happened to 4/20. In fact, there are two great musical benefits to the stoner holiday. There are fine recordings intentionally released on the day, but it’s in that last week of April when you can dig for the occasionally regrettable recording people actually made on the day. This month’s edition is bookended by a pair of albums that each capture one of those qualities, with five other great releases tucked in between. 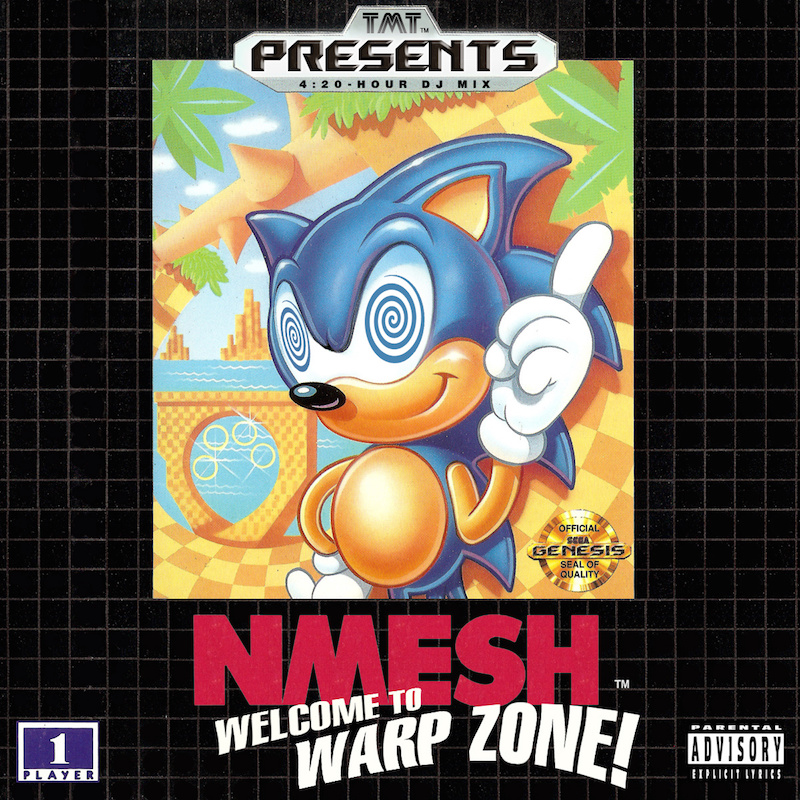 Bandcamp Release Of The Month:
NMESH
Welcome To The Warp Zone

Nmesh’s Welcome To The Warp Zone originally appeared last April as a four hour and twenty minute “4/20 mix” through TinyMixTapes and earlier this month, one 4/20 later, it’s gotten an official release. It’s a good thing too because Welcome To The Warp Zone, over 260 minutes of pixelated insanity, stands as one of Nmesh’s best releases.

Though Nmesh — the project of Alex Koenig — gained attention as part of the vaporwave scene, his project predates it by nearly a decade. There are similarities, but Koenig’s work feels uniquely singular. Records like Nu.wav Hallucinations and last year’s Dream Sequins® were hyper-specific, pop culture-filled acid trips that particularly showed Koenig’s interest in mangling the human voice. The result is like an aural kindred spirit to Everything Is Terrible’s psychedelic video art. Like EiT, Koenig has a knack for arranging the trash he finds into complex thematically compelling collages. When someone responds to vaporware with sweeping statements like “Yeah, I could do that in 5 minutes on my laptop,” Nmesh makes it crystal clear: No. You can’t.

The theme of Welcome To The Warp Zone (if the title and art didn’t tip you off) is video games, but Warp Zone is more than a couple of chiptunes mashed together. Sure, there are sections guaranteed to stimulate the nostalgia centers of any brain that formed an opinion about whether Sega or Nintendo was better, but Koenig goes further. By digging into long-forgotten ads, news reports on the dangers of video games, and strange found footage Koenig widens the scope of Warp Zone considerably.

Appropriately, Warp Zone is kind of structured like an old school video game. In line with the fourth wall-breaking humor on previously Nmesh releases, Koenig digs into the TinyMixTapes masthead to build a narrative where the site’s editor-in-chief is kidnapped by ninjas, leaving the listener to journey through the album’s 10 worlds (split over six 40-minute tracks) to save the day. The variety of worlds (‘Pleasantville’ is bright and cheerful, ‘Jungle’ is mysterious and exotic) keep you from feeling entirely disoriented in the mix while the goofy narrative keeps things fun. That’s important because Warp Zone gets very — at times, disturbingly — dark.

While he’s happy to glide on bright psychedelic vibes, Koenig isn’t afraid to sink into paranoid bad-trip territory. Koenig weaves in anxious new reports about the threat of games and “Nintendependent families”. Even the vintage commercials stop being funny as the repetition unveils unpleasant, deeply manipulative formulas aimed at children. A few samples push a glaring light on the uncomfortable sexism present in many aspects of gaming’s history. Much of the final 40-minute section ‘World 10 Nightmare/Final’ features long stretches of suffocating, terrifying ambience as pixelated howls echo into the void.

Warp Zone is not an easy album — that’s even recognized in the wonderfully meta congratulations on making it through “four fucking hours” followed by an address for hate-mail — but it is a funny, entertaining, thought-provoking one. We haven’t seen a new release from Nmesh since Warp Zone, but that feels okay. It’s taken an entire year for us to wrap our heads around this one, the guy deserves a rest. 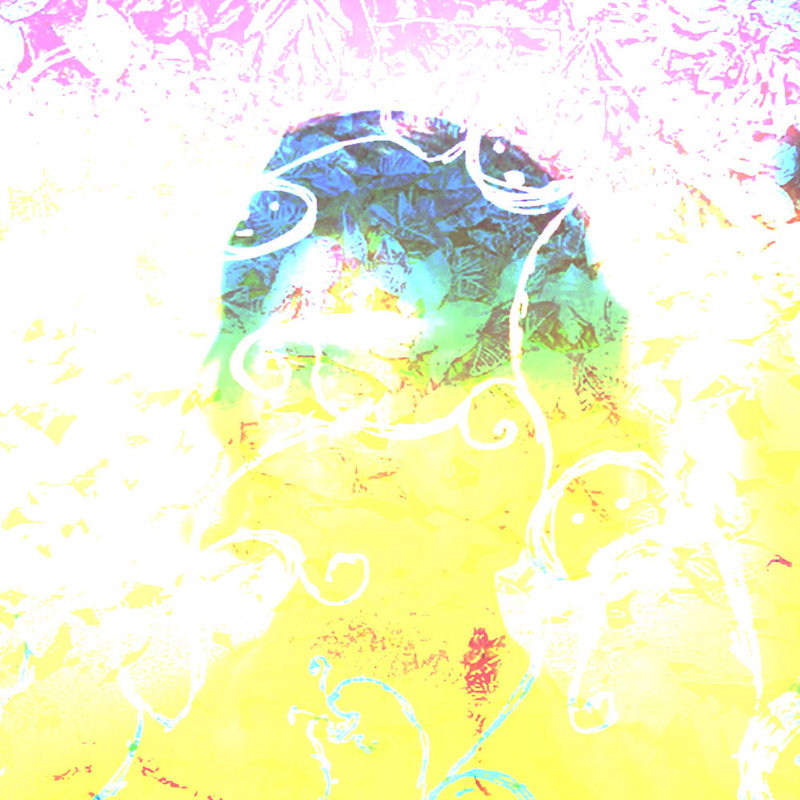 The title of this debut release makes me wonder if Melbourne artist Katie Dey just mashed out some random buttons. If so, it would be the only part of this jaw dropping 20-minute collection that’s even remotely half-assed. Opener ‘Don’t Be Scared’ sets the bedroom/laptop-recorded intimacy with gently plucked guitar, skittering lo-fi electronics and manipulated vocals, but Dey is full of surprises throughout. Take ‘Unkillable’, which finds her shaking off those flecks of sonic taffy with an explosive rallying cry; ‘All On You’ which peeks at the powerful voice underneath all the haze; or the crisp closing instrumental ‘You Gotta Get Up To Get Up’ which loops a twinkling melody as warm organ drones melt in between. I could go on a lot longer, but I’d rather just listen to this again — you should too. One of the most wonderful surprises of the year. 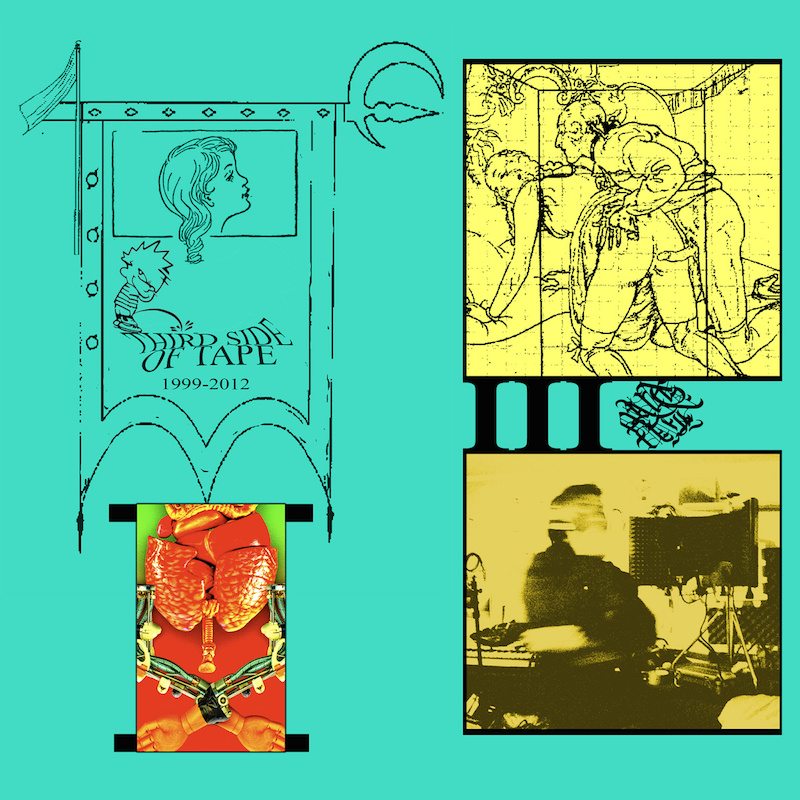 It’s a testament to the untouchable elusiveness of Lil Ugly Mane that the dude has developed such a reverent following while we all still know about as much as we did a few years ago. In fact, if we’re to believe the message on Ugly Mane’s Bandcamp, this glorious final side to the Three-Sided Tape — cut into thick 20-minute slices and longer than the first two put together — is the end of the project. Who knows what’s happening next — but who cares? When was the last time an artist kept us this enraptured, this baffled, this full of curiosity, for so long? He could literally disappear forever or get signed to 4AD tomorrow. After this trilogy anything seems possible. 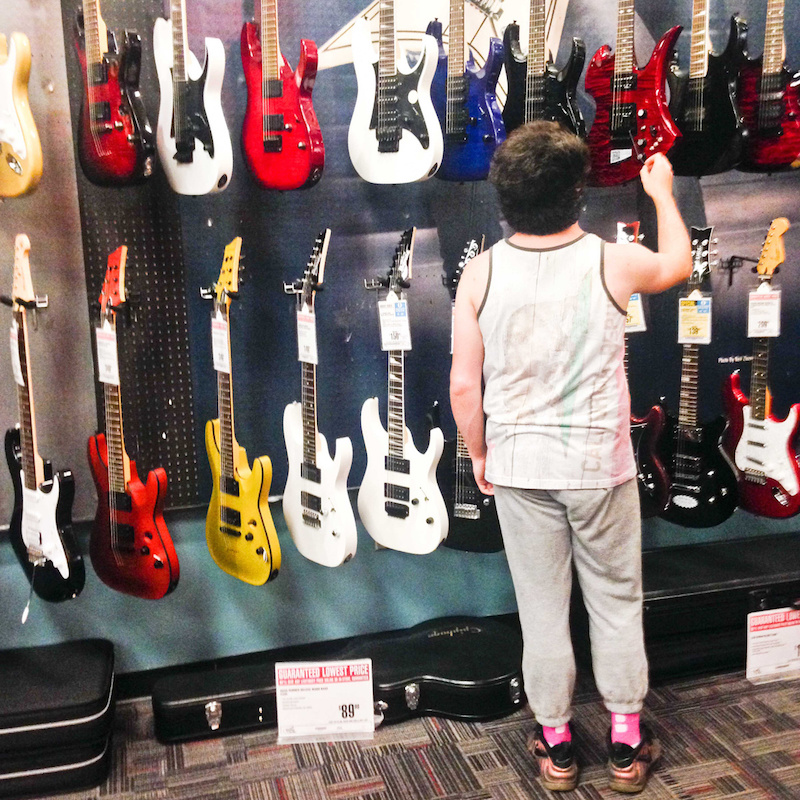 Glassine’s No Stairway is built entirely out of field recordings of strangers wailing away on instruments in Guitar Center, yet if Danny Greenwald didn’t share his methods you’d never have guessed it came from such a dreadful source. Through heavy manipulations, Greenwald shapes the field recordings into a collection of blissfully ambient, gently pulsing tracks. If those instruments — sore from being played all day — dreamed of a better life during the store’s off-hours, I imagine it might sound something like No Stairway. 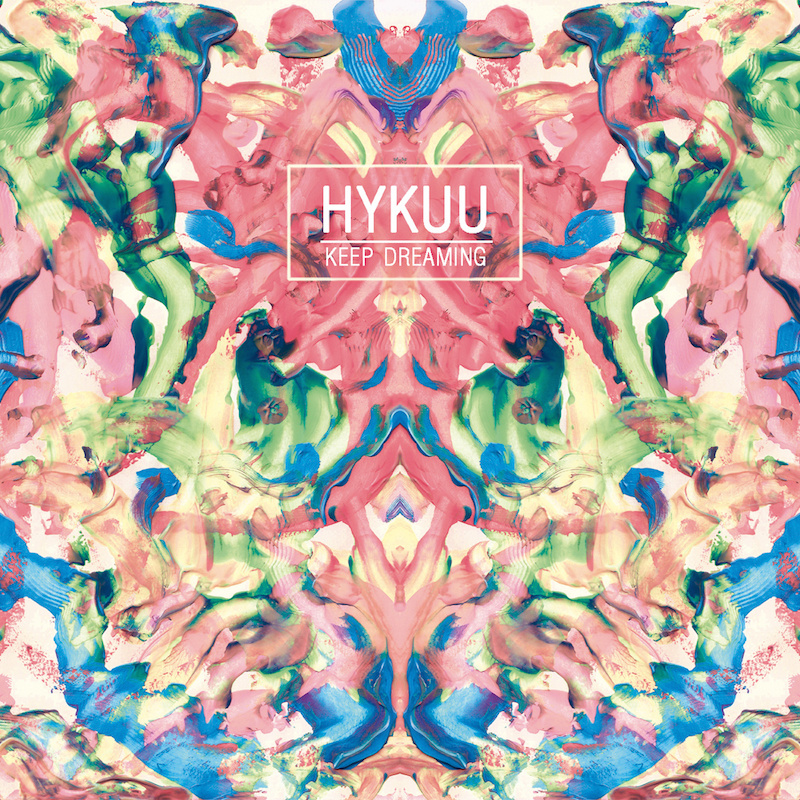 Hykuu’s Keep Dreaming EP almost got cut from this month’s list simply because I assumed it was too big of a release. Yet to my surprise this project from Madrid producer Antonio Campos de Orellana has been almost completely slept-on. It comes with zero fanfare, which makes shimmering, attention grabbing cuts like ‘NYC’ and ‘Puzzles’ all the more delightful. The latter is especially fascinating in the way Hykuu manages to carve out wide open spaces for airy samples — including a woman’s laugh, an acoustic guitar flourish, and a soda can opening — while earning crushing climaxes in half the time between. 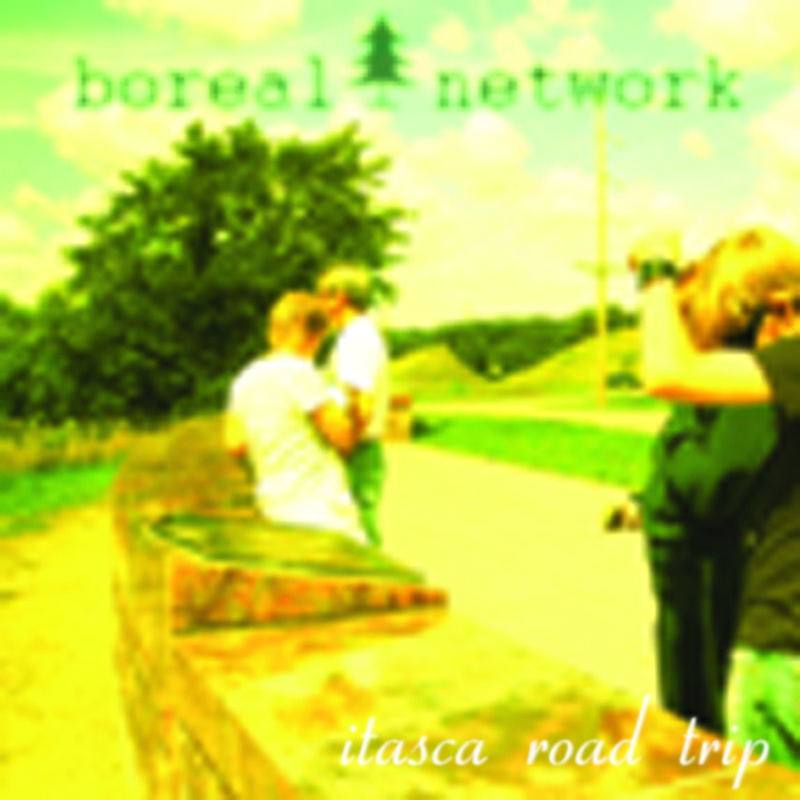 Boreal Network is the project of Nicole Johnson, a Seattle-based artist who conjures foggy, feverish electronic soundscapes. Itasca Road Trip makes for a fitting title bringing to mind the Itasca State Park of Johnson’s Minnesota home along with the kind of hot, sun-drenched atmosphere of a summer drive there. Plus, at more than 80-minutes long, and with just enough upbeat moments to keep you from dozing, these would make for some pretty stellar long-distance driving jams. 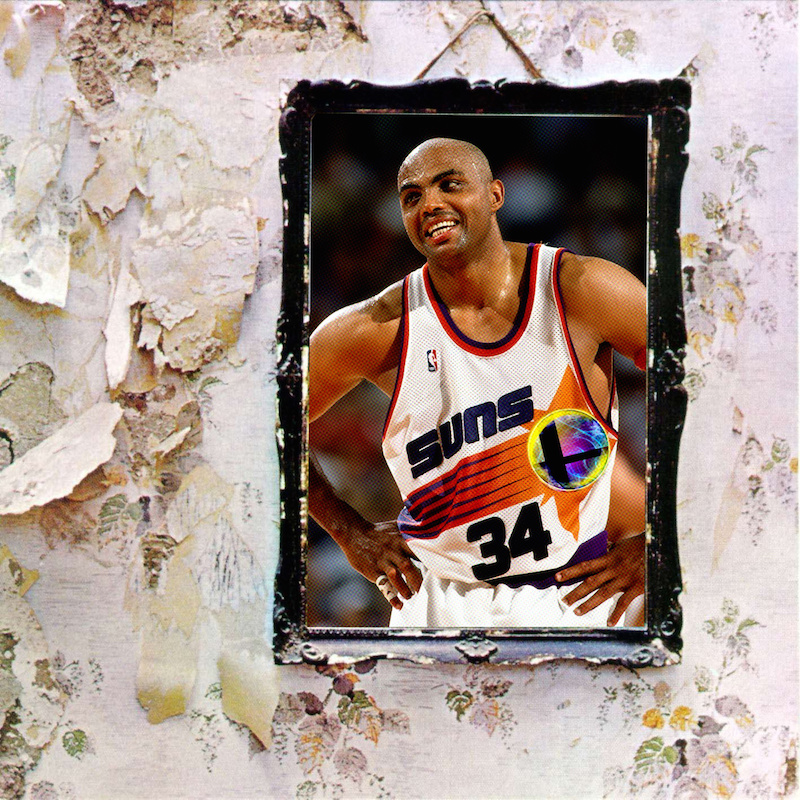 The 4/21 release date gives me the impression this was probably a product of some bad shit from the day before. Should this really be on here? Did you need to know about it? Why does this even exist? Shhh — don’t ask those questions — it doesn’t matter. By now you’ve already hit play and joined me in a post-DJ Slammeister existence. No more words, no more thoughts. Welcome to the Jam.

Page 3 of 8
Tags: The Best of Bandcamp