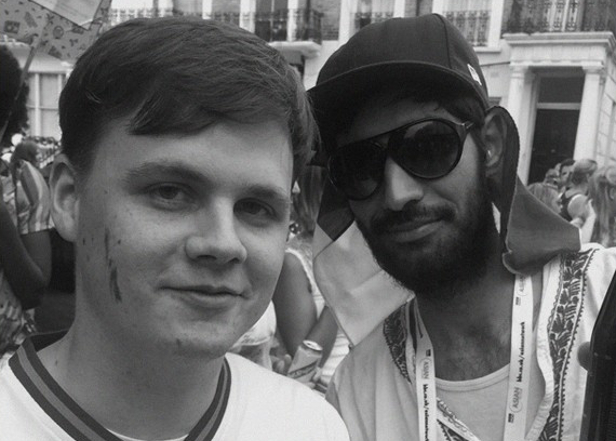 The summer might be ending, but this week’s star mix from dJJ manages to inject one last bit of Ibiza-style euphoria into the season. There’s also a set from Norwegian house godfather Bjørn Torske, Manchester crew Swing Ting, Moiré and more.

If you like the idea of grime, dancehall, bashment and R&B mixed together, this mix from Swing Ting’s Samrai & Platt is a no-brainer. Though they’ve been throwing parties since 2008, 2015 is turning into a breakthrough year for the Manchester crew, with a growing label and reputation seeing them recognised far outside their hometown. As well as showcasing the production skills of founding members Samrai and Platt, this mix for Truants shows off the fruits of their connection with Jamaica’s Equiknoxx crew, as well as contrasting UK dancehall artists like Guppy Ranks and Mad Again! with Nigerian artists Timaya & Wizkid, Ghanaian MC Bryte and Caribbean figures Destra and Beenie Man. Essential.

Since dJJ’s last appearance in this round-up, he’s released the track that led us to jokingly dub his music “outsider Ibiza” – ‘Just A Lil’. If anything, this mix for Hyponik is even more euphoric, full of Roule-style house jams that sound like they’ve been gone over with an angle grinder. According to dJJ, it’s entirely filled with his own tracks and edits – if any album he releases is as good as this, it’ll be even bigger than our song of the summer.

The occasional R&S Records mix series kicks back into life with newest signing Moire, and it’s probably the most enjoyable yet. Supposedly inspired by R&S Radio Republica transmissions from 1994, it’s basically a collection of euphoric techno bangers from the genre’s golden age. 50 minutes of Mills, Rhythm Is Rhythm, Roy Davis Jr and DJ Skull and a whole load of stuff that’ll have you desperate for a track ID.

Hodge joins up with Berceuse Heroique family Beneath, Koehler and label founder Kemal for a mammoth Rinse FM session. The opening salvo of brand new tracks from Bruce, Laurel Halo and Joy Orbison is worth tuning in for alone, but stick around and you’ll get three-hours of the toughest, raviest techno you’ll ever hear on the station. There’s plenty of unreleased dubs from the label to get excited about too.

If this episode is anything to go by, we’ve been sleeping on Filter Dread’s Radio Radio show. If you know his music, you’ll know what to expect – strung-out, hazy music that references everything from jungle and grime to the BBC Radiophonic Workshop – but across two hours on radio it sounds like stumbling onto an unsettling pirate broadcast coming at you from a parallel 1992.

Lindstrom and Prins Thomas might be the Nordic disco scene’s most visible figures, but without Bjørn Torske, it probably wouldn’t exist. It was his loose-limbed “skrangle-house” that paved the way for his followers, and there’s still nobody else that mixes up psychedelic house records quite like him, as this set shows, recorded at Unsound in Krakow last year. While it starts out as dubby and percussive as you’d expect, it ends up flowing through some fairly riotous, hands-in-the-air material too.