Red Bull Culture Clash 2012: who won, and how it happened 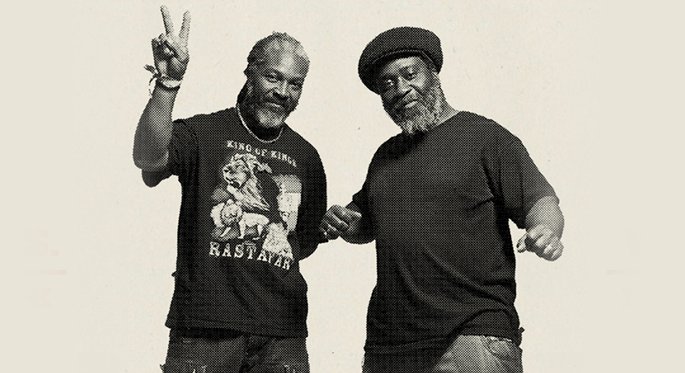 At a new home of Wembley Arena, the event saw four stages – manned by veteran reggae soundsystem and current title holders Channel One [above], Major Lazer (Diplo, Jillionare and Walshy Fire), grime brand / label / collective Boy Better Know and a showcase by Annie Mac, featuring Magnetic Man, Redlight, Disclosure and Rudimental – compete over four rounds, with a champion ultimately decided by the loudness of the crowd’s reaction to each act. Here’s how it went down, with a set of accompanying pictures that were Instagrammed or Twitpic’d during the event.

Round One – No Elimination

In short, a chance for each team to get the crowd on their side without fear of defeat – the clash doesn’t officially start until Round Two. Channel One bubbled, Annie Mac’s team took it in turns to each play short pre-planned / pre-recorded sets featuring 2012’s biggest dance tunes (some – Disclosure, Redlight – pulled this off with panache; Rudimental’s Piers Agget was a little more awkward), Boy Better Know hyped over low-quality mp3s and Major Lazer played ‘Gangnam Style’ while Diplo crowd-surfed in a Wayne Coyne-esque bubble. Everyone remained firmly in first gear, with Annie Mac Presents probably the standout.

Round Two – The Selector 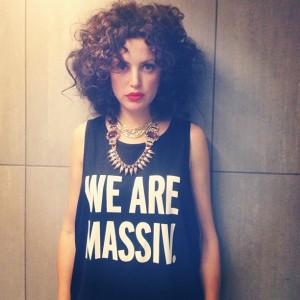 15 minutes of music: no special guests and no custom dubplates, as rules stated that both must be held back until round four. This was broken twice, once by Annie Mac’s team when Sam Smith came on to perform ‘Latch’ with Disclosure, and then a second time when Major Lazer brought out Stylo G for a ferociously-received rendition of ‘Call Me a Yardie’. In truth, the former set was fairly pedestrian; Major Lazer, who won the round, were comfortably ahead of the others in terms of timing and precision – the selection was a little too obvious at times (dropping House of Pain’s ‘Jump Around’ immediately after claiming you’re not here to play overplayed tunes was a low point), but overall it was impressive. 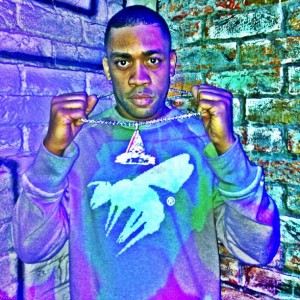 Boy Better Know had already come out complaining that Major Lazer had broken the rules by bringing out the custom dubs in round one, and like an angered lion with about fifteen heads and one astonishingly ripped body (who was that guy – anyone?), Skepta and co turned up the heat over low-end classics like ‘Duppy’, Breakage’s ‘Hard’ instrumental and ‘R U Really From the Ends’, though the biggest reactions came from Wiley – both when he dropped his classic “getting ‘em hyper” bars and, in a pleasant surprise, when he closed the set on recent hits ‘Heatwave’ and ‘I’m Skanking’.

Channel One meanwhile, gave Major Lazer a bit of a talking to, dissed “Sgt. Pokeyhead” and “Skream and Bhangra” (we think that’s what they said, anyway), referred to Annie Mac as looking like a lost sheep, and then bubbled. Brilliantly, in a stadium full of laptops, light shows and CDJs, Channel One DJ Jah T had two turntables in front of him all night, and only ever needed to use one of them. Respect. 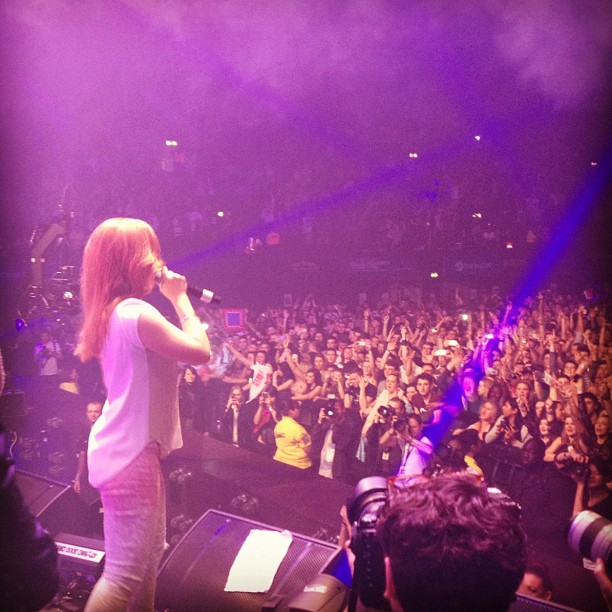 Round Three – Sleeping with the Enemy

At this point, the rules had gone out the window. The premise of Round Three was that each stage plays the music of another sound, thus beating a rival at their own game. Channel One didn’t really change a thing, bar bringing a younger MC on stage as a loose throw-down to Boy Better Know, while Major Lazer one-upped Channel One with an excellent showcase of foundation reggae and ska that included a performance by ‘Buddy Bye’ singer Johnny Osbourne. That’s right – another secret guest before Round Four, and it put BBK into a stinker of a mood. The lions got angrier, turning on Ms Dynamite for being on the Annie Mac stage instead of theirs and throwing the ultimate underhand serve at Major Lazer by revealing that Diplo had Usher ready to bring out in Round Four to perform ‘Climax’. They then played it themselves, to save everyone the trouble. 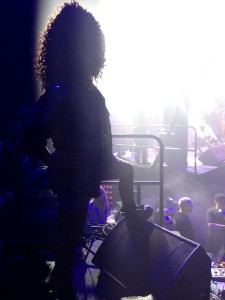 The undoubted winner of Round Three, however, was Annie Mac Presents. In truth, AMP was completely losing the crowd mid-way through the round (Maverick Sabre covered ‘Wonderwall’ – that really is all you need to know), until a demolition job on Diplo saved their day. First, they aired the producer’s infamous Blackberry advert on the big screen, with the phone replaced by a pink dildo and a text message from Skrillex reading ‘Who’s this? How did you get my number?’ superimposed onto its screen. And then, even better, a team of camp, chubby male dancers in golden hot pants came on to ape Diplo’s ‘Express Yourself’ routine, complete with an edit of ‘Pon de Floor’ that dropped into the Benny Hill theme tune.

A deserved winner to the round then… that is, until Tim Westwood announced that the results of both Round Two and Three were void due to cheating. The score went back to zero for both Major Lazer and Annie Mac, and Round Four was to be the decider.

Round Four – The Decider

The deciding round of the Culture Clash was, ultimately, one of missed opportunities. Channel One brought out roots reggae singer Luciano, and continued to do what they’d done all competition very well, and with great dignity. It was obvious at this point, however, that there would be no repeat of the past Culture Clash at London’s Roundhouse, where they took home the crown partially as a result of Skream & Benga and Metalheadz trying to turn the event into a one-on-one competition. 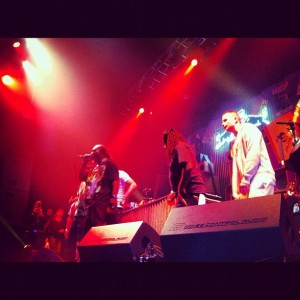 Annie Mac Presents went for quantity over quality in terms of the secret guests, and ultimately paid for it: Baby Sol and Lottie Tricity performed Redlight’s ‘Lost in Your Love’, Ms Dynamite returned for ‘Wile Out’, and Katy B – to the biggest cheer of AMP’s Round Four – hit the stage for ‘On a Mission’. But by the time Example had played, and Rudimental collaborator John Newman spilt onto the stage in a suit so ill-fitting you’d swear you were back in sixth form, the whole thing had turned into a one-trick clusterfuck that could have been done a lot better.

Boy Better Know produced comfortably their best round of the competition: after an appearance by Chipmunk that could have been jarring but resulted in a pleasant surprise, they unloaded a series of vicious war dubs that included BBK re-versions of ‘Hard in the Paint’ and ‘I Don’t Like’ and an special of Giggs’ ‘Talkin’ da ‘Ardest’ – the latter getting the biggest reaction for Giggs’ reference to Skream and Benga’s coke habits. The climax though, and the moment that BBK fans had clearly been waiting for, was wheeling out Lethal B, first for ‘Leave It Yeah’, with Arsenal reserve-turned-celebrity wrecking ball Emmanuel Frimpong joining him on stage, and then for ‘Pow’. 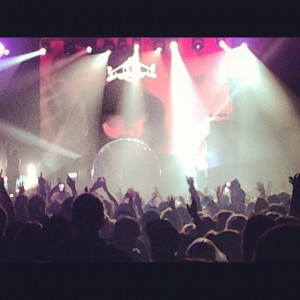 Major Lazer went on last, and despite clearly thinking that they had it in the bag – a view shared, it seemed, by the majority of the crowd – produced their weakest showing since Round One. A solid start (a war dub from Pharaoh Monch, over ‘Simon Says’) was completely negated by ‘Smells Like Teen Spirit’ and ‘Song 2’ (WTF?) and although the Diplo phonebook was in full effect, bringing out an incredible-looking Rita Ora as well as Usher, neither performer was actually much cop. After fumbling a reponse to BBK’s outing him in Round Three, Usher half-sung his way through the original version of ‘Climax’ before performing it again over the ‘Staleg Riddim’, and we’re not sure anyone could even hear Ora – though that might be due to the bass, which was at a throat-shuddering high on the Major Lazer stage at this point.

Westwood polled the crowds, the decibels were counted, and the winner was… 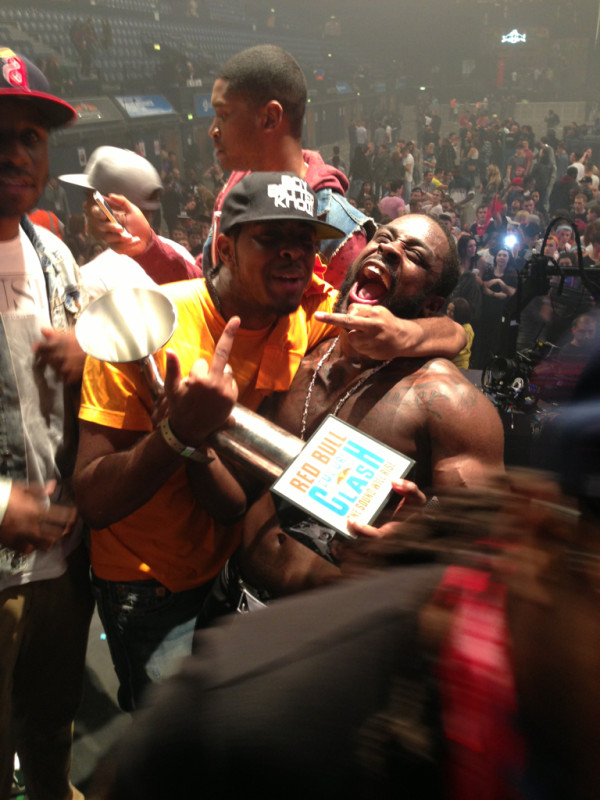 Skepta, JME, Wiley and co took the crown on 112 decibels, with Annie Mac Presents and Major Lazer tied for second. Westwood looked shocked, and he wasn’t the only one, but with the contest ultimately judged on Round Four alone it was the right decision. Annie Mac and Major Lazer had built up more heat in the first three rounds, but both failed to nail the climax – ahem – to their performance, and Boy Better Know swooped. The question now is who will they defend the crown against next year? And will Wiley show up two years on the spin?