When we first wrote about Melissa Guion’s MJ Guider project in May, there was almost no information to be found. The New Orleans artist had announced a debut album on Kranky, the Chicago label home to Stars of the Lid, Deerhunter and Grouper, and the first single sounded excellent – but beyond that, nothing. While digging for more information, I discovered that Digitalis label boss Brad Rose had written about Guion’s debut EP, Green Plastic, for his monthly cassette column on FACT back in 2014. His awestruck review noted, “I know very little about MJ Guider […] this is one impressive debut.”

Guion’s first EP made sense on Constellation Tatsu, a tape label of new age-influenced experimental releases which routinely appears in FACT’s Best of Bandcamp column. With her proper debut, Guion sounds like she’s found an ideal home on Kranky, with Grouper a particular touchstone for Precious Systems. Grouper’s Liz Harris has a talent for turning her environment into an instrument; her music defines the beautiful, gloomy atmosphere of the Pacific Northwest, a detail that became more obvious when she drastically changed the setting and tone with 2014’s Ruins, her best album since 2008’s Dragging A Dead Deer Up A Hill. Precious Systems is perhaps Kranky’s best album since Ruins.

That’s not to say MJ Guider sounds like Grouper, exactly — only that she mirror’s Harris’s ability to channel the influence of her location. Guion takes her home of New Orleans as inspiration, spinning industrial decay and nature’s tranquility into an impressionistic swirl. It happens exactly 90 seconds into the album, on ‘Lit Negative’, where polluted drones and sluggish drum machines give way to a lush, soothing drone, like driving out of a tunnel after holding your breath for good luck.

What ‘Lit Negative’ doesn’t get across, though, is how exciting Precious System gets when Guion hits the throttle. Songs like ‘Triple Black’ and ‘White Alastian’ glide on rushing Roland R-8 drum machines pulses and shimmering synth textures which become even more evocative when paired with the starry, emotional slow burners ‘Surfacing First’ and ‘Former Future Beings’. 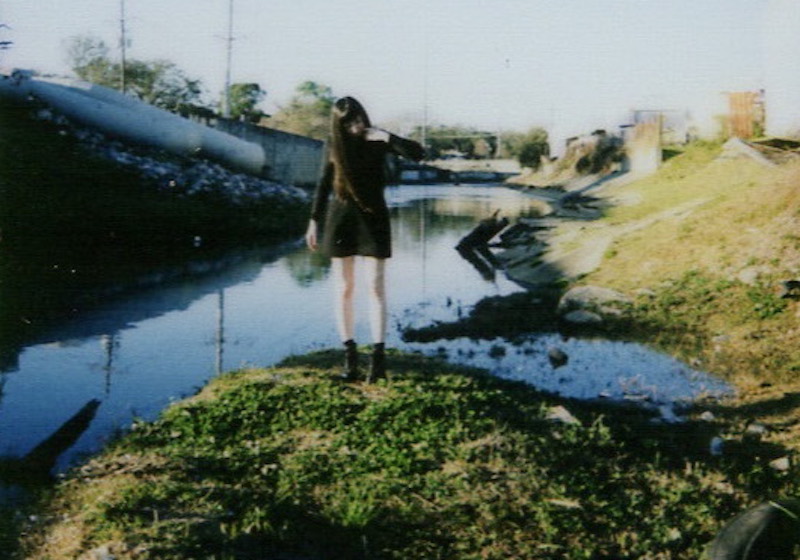 The album hits its peak with the 10-and-a-half minute ‘Evencycle’, a song that ties everything we’ve heard previously to a 4/4 beat which makes everything around it sound small. Guion’s gorgeous vocals shift into a mantra-like repetition of “in control”, until its ending and beginning blur into just another percussive element. It’s a remarkable experience, capturing the ecclesiastic grace of Stars of The Lid and the intimacy of Harris’ work, but it wouldn’t sound out of place in a club.

We often use the word “glacial” to describe music that’s as slow and methodical as possible, and while that can often come across as negative, there isn’t a better word to describe Precious Systems. The album does bring a plenty of slow moments, but once Guion builds momentum, it’s a completely overwhelming experience. She made the album alone, but now that she’s enlisted two band members to tour with, I can only imagine how huge it’ll sound live. We may not know much about Melissa Guion yet, but that’s going to change – that’s what happens when you make an album like Precious Systems.

Precious Systems is out now on Kranky.