Drone master William Basinski’s new album A Shadow In Time is dedicated to David Bowie. Miles Bowe examines the record and talks to Basinski about its influences and significance.

“Some old rotten things that the cat in New York had chewed up.”

That’s how William Basinski described the loops that form the backbone of his towering new album A Shadow In Time to FACT before its live debut last year. Basinski came across the damaged tape in his archives not expecting much, but from the moment he heard its starry strings, he knew he was onto something something special.

That’s how many of Basinski’s albums have come together. He’s an artist who captures the sound of memory with gracefully decaying tape loops, serendipitously plucking them from his own archives and re-contextualizing his personal history. It’s as if he seals the sounds in amber, removing them from any temporal context and priming them for thoughtful investigation.

But for someone whose work often feels untethered from time, Basinski has found his new work marked by a particularly gloomy event. Less than one week after the piece’s debut was announced, the world was shaken by the death of David Bowie. And in the weeks that followed, ‘A Shadow In Time’ found its brother, as Basinski might put it, in ‘For David Robert Jones’, the record’s second half. He kept developing the loops throughout the year before delivering this final result: a work that acts as a salve for 2016, as the greatest musical tribute to David Bowie’s memory and Basinski’s strongest, most emotional work since The Disintegration Loops. 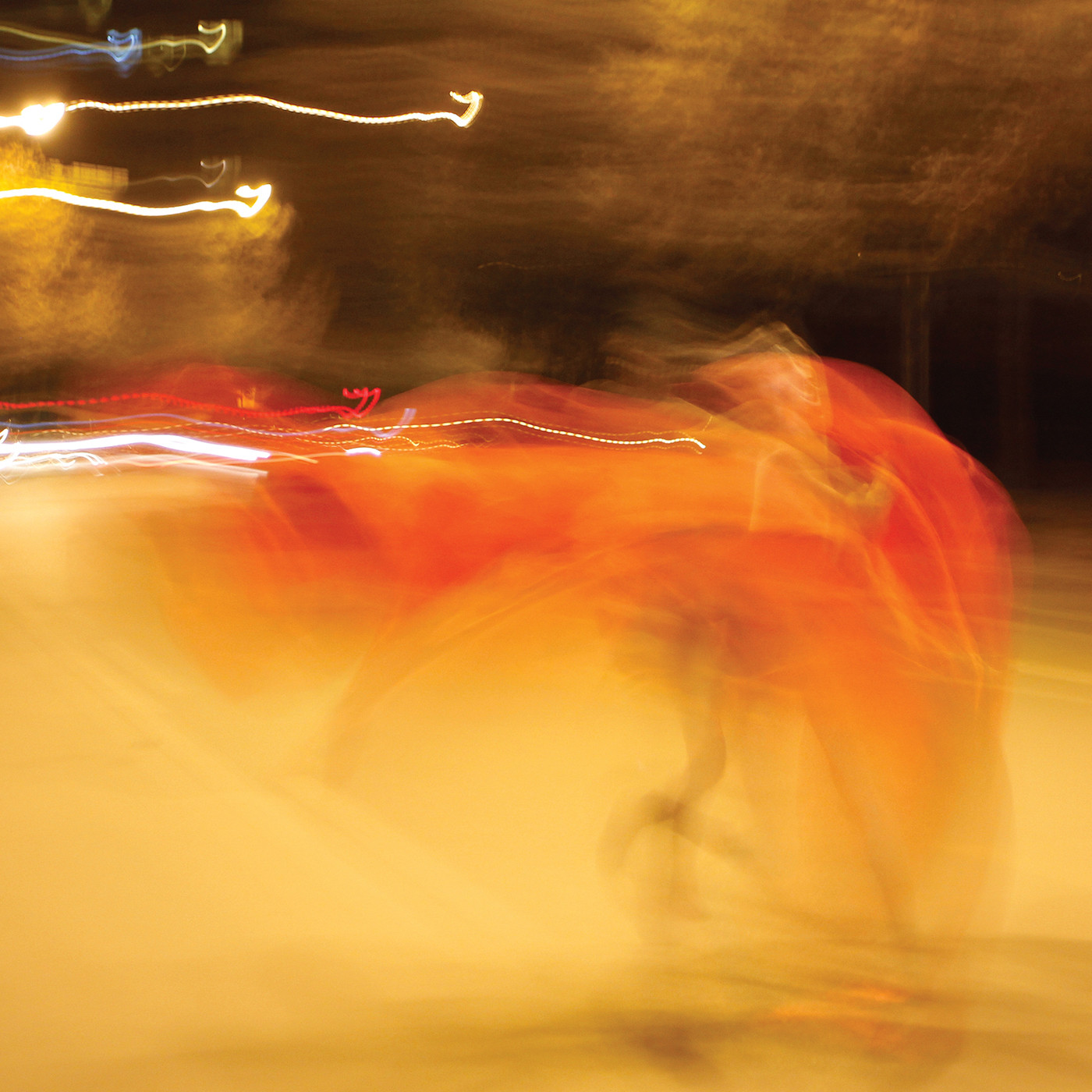 While Basinski’s work is a meditative experience, often focused on subtle, incremental changes, his pieces are frequently most animated in their opening notes. The clipped strings of ‘Disintegration Loop 4’ or the piano ripples of ‘Cascade’ shock before they soothe. ‘A Shadow In Time’ is no different, opening with high-pitched strings that shine like the final moments of Eno’s Ambient 1: Music For Airports. Though it develops into a glacial drone, the piece keeps its grip on that shimmer for the entire duration. Even for a seasoned fan of Basinski’s work, to hear something so unabashedly beautiful is surprising. It’s also necessary preparation for the album’s second half.

If ‘A Shadow In Time’ finds Basinski at his most beautiful, ‘For David Robert Jones’ is, appropriately, Basinski at his most mournful. This is oddly appropriate, since he tells me over email that the loop was “next in line” after The Disintegration Loops in his archive. But at exactly the six minute mark a weary, weathered saxophone drifts into view, immediately evoking David Bowie’s Low, something Basinski acknowledges.

“[It] reminded me of ‘Subterraneans’ off the B-side of Low, and so it became my elegy for David Bowie,” he assures me. “It almost evokes a New Orleans funeral to me in a strange way”. In the album’s final moments, the piece doesn’t disintegrate so much as burn down to dust. The saxophone sounds distant, escaping Basinski’s amber and leaving us with only a stunned silence.

Shadow In Time was developed throughout a brutal year and inspired by one of that year’s biggest cultural losses. Looking to the past, it can be terrifying to speculate what tomorrow might bring. Fortunately, Basinski has never had much use for either.

“I try to stay in the moment — and the moment is eternal,” he once put it.