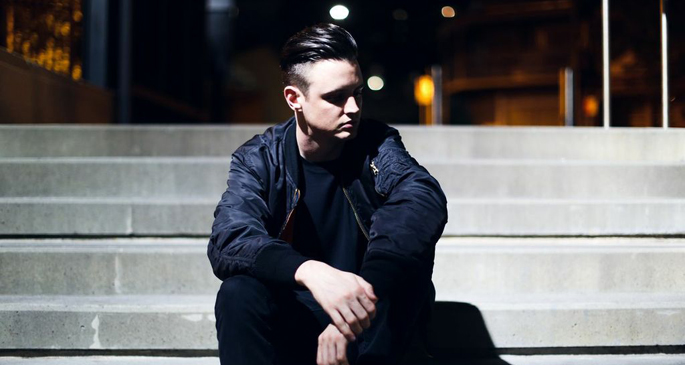 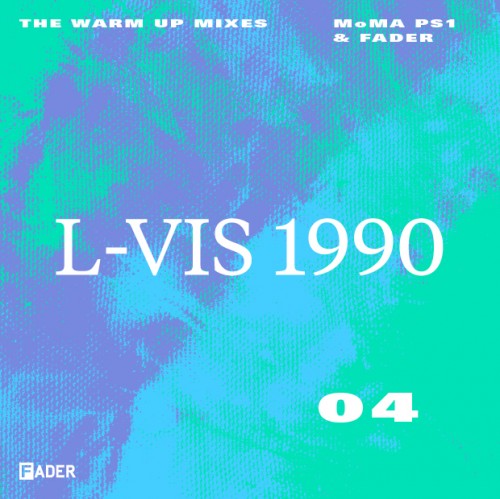 It’s not the Night Slugs maven’s first appearance in the round-up and it certainly isn’t the last, but this hour-long mix for FADER is too good to pass up.

Kicking off with the forthcoming collaboration between the late-great Romanthony and ballroom prince MikeQ, the mix will certainly warm you up for this weekend’s gig at MoMA PS1 — or anything else, really. Highlights include tracks by Keysound newcomer Rabit, Night Slugs vet Jam City, and Chicago innovator Gemini. Stick around until the end: the mix closes strong with Kingdom’s Cassie edit, unreleased material by both Night Slugs bosses, and a forthcoming track by Fade to Mind vocalist Kelela. 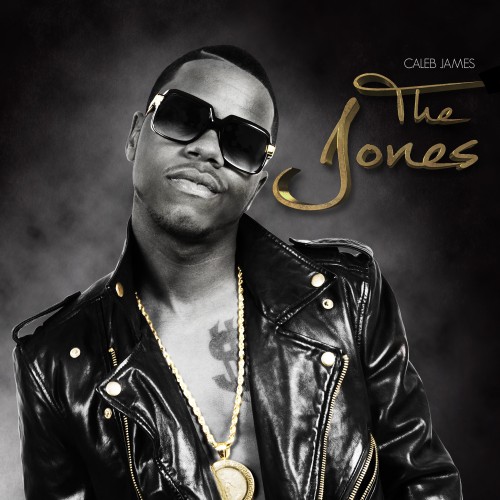 While you might not have heard of young Chicago newcomer Caleb James before, there’s a good chance that you’ve come across his Save Money crew cohort Chance since the drop of his massive Acid Rap earlier this year. A far cry from the whirring hi-hats and aggressive chants of the city’s drill scene, this is a crew trying to do things just a little differently, and Caleb James could be their most obvious next breakout.

Not as unashamedly bizarre and drug-addled as Chance, James instead looks to the annals of rap history to scrape out his persona, and on The Jones blends a knowledge of golden age production with a cynical, knowing flow. Opener ‘Mr. Jones’ is basically Biggie and R Kelly’s ‘Fuck You Tonight’ with a sly dig at the autotune-laced club hits that currently haunt the Billboard Top 100, but it works. James goes further back still on ‘No Go’, building from elements of Grandmaster Flash and the Furious Five’s massively over-sampled ‘The Message’ and doing so with enough conviction and earnest record-nerd obsession to strike gold.

The Jones isn’t entirely comprised of retro fetishism, however – James wisely enlists local production duo Nez & Rio to assist with a trio of cuts, all of which add a necessary variety to the tape. ‘That’s Wave’, which features an appearance from fellow Save Money rapper Joey Purp, is the album’s clear standout and finds James bragging confidently over a deliciously slovenly bass-heavy crawler. He can sing too, and isn’t afraid to find his inner crooner on ‘Ride With Me’ and the amusingly titled ‘R. Caleb’s Interlude’. It makes you wonder, with production, rapping and singing all in the can, is there anything he can’t do? Needless to say, we expect to be hearing a great deal more from Caleb James in the months to come, The Jones is one of the year’s sleeper hits. 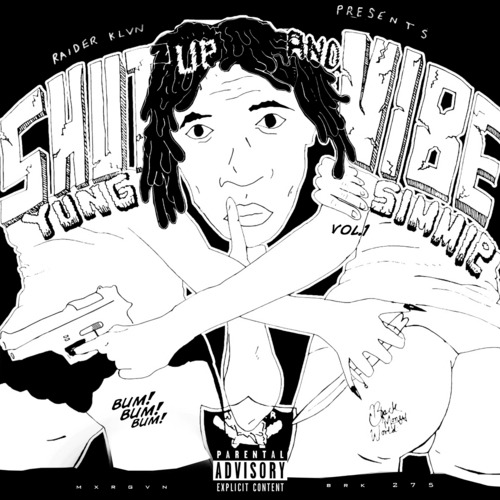 The young Raider Klan rapper returns with his second mixtape of the year and continues to be one of the most intriguing member’s of SpaceGhostPurrp’s gloom-and-doom crew. With each successive effort, Simmie finds new confidence on the mic, experimenting with different flows and styles.

Sonically, the tape is standard Raider Klan fare: claustrophobic, trunk-rattling beats in the tradition of 90s Memphis rap. DJ Smokey handles the majority of the production, with Simmie trying his hand beyond the board, as well; he toys with horn-laced drill rap on ‘Don’t Fuck Around’ and queasy dissonance on ‘It Ain’t Safe’. As always, the Raider Klan is well-represented: Amber London adds a freestyle to ‘Off The Top’, Lil Champ Fway shows up on the slowed-and-throwed ‘Eyes Low’, and SGP produces and features on ‘Disrespect’ (a topic he’s well-versed in, considering his frequent Twitter outbursts).

There’s nothing groundbreaking here, but if you go in for the type of chopped-and-screwed, lean-sipping, dank-smoking rap that the Raider Klan specializes in, you should enjoy this. The title proves instructive: shut up and vibe. 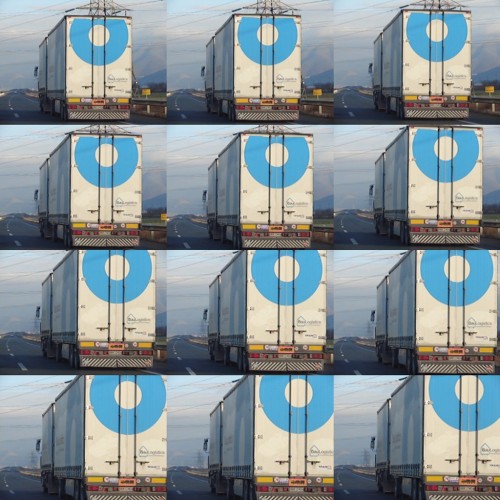 LARRY GUS
THE BLUE FLOWERS (BETWEEN BLUE AND BLUE

You just can’t argue with this – DFA’s Larry Gus blending together a mammoth 54 Madlib tracks for our enjoyment? Well we feel spoiled, and as a reminder of just how crucial Madlib is, it’s timely and incredibly enjoyable. It works just as well as an introduction, mapping out the California stoner’s career with an endearing sleight of hand and accenting some of his finest moments magnificently. Gus appears to have stuck to instrumentals no doubt for coherence’s sake, but not hearing Lord Quas’s familiar helium tones is no reason to pass this one up. 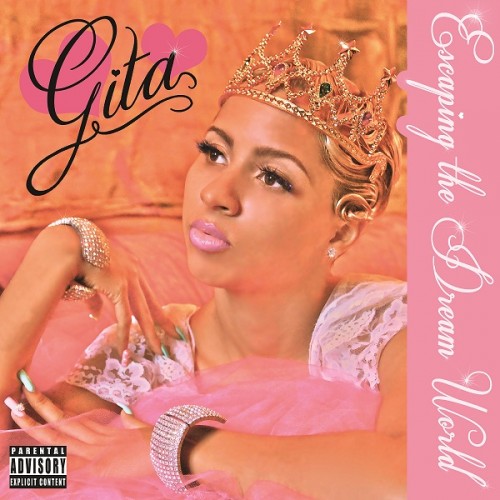 GITA’s an Oakland kid in New York, but you’d be forgiven for expecting her to be British. Her association with London’s Southern Hospitality crew has seen her team up with grime don DarQ E. Freaker for single ‘Mardi Gras’, and that blistering cut is still an indisputable highlight of debut EP Escaping the Dream World. Luckily the rest of the record expands on her recognizable tone, dexterous flow and smart taste in beats. There’s a vivid psychedelic element to the production throughout, from former Odd Future-affiliate and occasional Danny Brown producer BrandUN DeShay’s elegiac ‘Benjii’ to the unashamedly DOOM-like ‘Hood Rich’. GITA holds her own throughout however, never allowing any of her producers’ influences get the better of her and making sure that she has the final word.

She’s an inviting presence, more comparable to the prolific and unpredictable Mr Muthafuckin eXquire than any lazy list of vaguely similar female rappers might suggest. The record falls into place as it comes to a close on ‘SuedeNSilk’, finding GITA uttering surprisingly charming sex rhymes over a cloudy, organ-led roller from John Lass. It might only be short, but there are no duff moments on Escaping the Dream World – rather it’s a well-handled, economic taste of a rapper we reckon will just go from strength to strength. 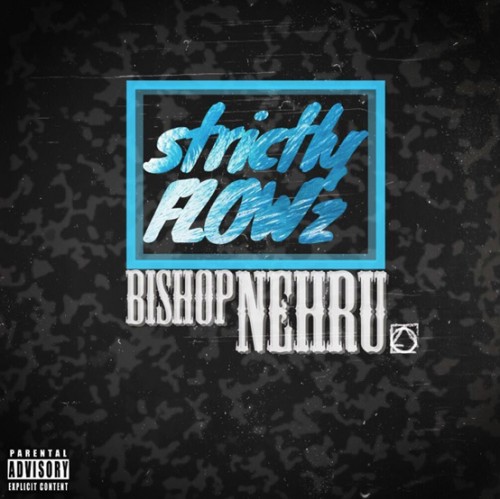 strictlyFLOWZ opens a skit where an unnamed speaker claims, “This new shit they call hip-hop, that ain’t hip-hop. This is hip-hop.” That should give an idea of what to expect from the 16-year-old New Yorker: Golden Age revivalism in the mold of Joey Bada$$ and his Pro Era crew.

While he might feel differently, the comparison to Bada$$ is an apt one, from their shared youth, similar flows, affinity for MF Doom and J Dilla beats, and nostalgia for an era of hip-hop that existed before their births.

That’s not to take anything away from Nehru: he certainly has chops on the mic and a sense of vision for his project (even if it’s a vision entirely in the rear view). It just seems like a shame to watch a young talent apply his skills in service of a sound that has already seen its best days. 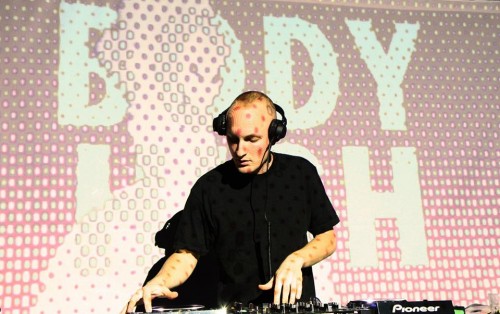 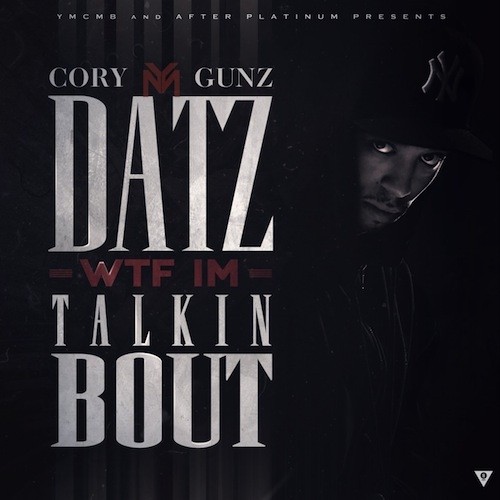 Cory Gunz was riding a wave of hype after his enthusiastic turn on Lil Wayne’s massive ‘6 Foot 7 Foot’, but since then he’s been markedly quiet. While he managed to score his own MTV reality show, it only lasted a single season, and this latest tape feels an attempt to try and let people know that Gunz is still here, and still capable of bringing the heat. It’s not a totally fruitless effort either, and while there are plenty of guest appearances from a host of rappers; from Wiz Khalifa (who seems to be the industry requirement inclusion for every damn mixtape right now), to Busta Rhymes, it’s Gunz himself that states his case best.

Solo cut ‘Go Slow’ is the tape’s first clear highlight, and finds Gunz dishing out sex rhymes over a mournful, minor key beat. It’s on these downtempo moments where the rapper appears to find his voice – elsewhere Gunz puts in fine work on ‘Baraka’, comically conjuring up images of Mortal Kombat’s knife-wielding mutant with the line “razor blade in my hand bitch, Baraka”. The tape’s pinnacle comes with ‘Do Something’, where New York production duo Dot N Pro (who produce a good 50% of the entire tape) breathe life into Burial’s archetypal echoing synth stabs, giving Gunz a rare chance for reflection. 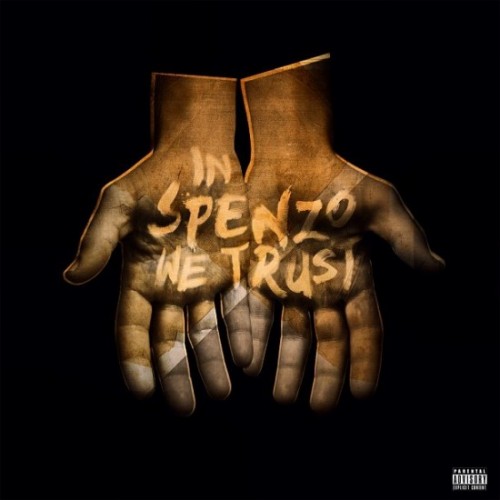 At only 18, Spenzo is yet another young Chicago rapper vying for exposure, and with some friends in high places (he’s been spotted hanging with Kendrick Lamar and Dr. Dre, as well as the Atlantic Records staff) there’s a sense that mainstream success might be just around the corner. There’s certainly something that sets Spenzo apart from his similarly located peers, and while he’s raked up production from Chief Keef-affiliate Young Chop, there are only faint traces of his city’s signature sound.

There’s just as much attention paid to Atlanta, with Honorable C-Note and ‘Colombia’-producer Metro Boomin’ offering two of the tape’s most memorable beats, but it’s LA beatmaker Dahi (who produced Kendrick Lamar’s ‘Money Trees’ last year) who’s responsible for the album’s bona fide bomb. His hypnotic synth-led ‘Heaven Can Wait’ is a clear winner, and its brightly-lit weirdness accents Spenzo’s effortless, thoughtful rhymes. In Spenzo We Trust is a tape that might not be sure exactly where its allegiances lie, but it’s a solid and sonically diverse collection that hints a very fruitful future for its young protagonist. 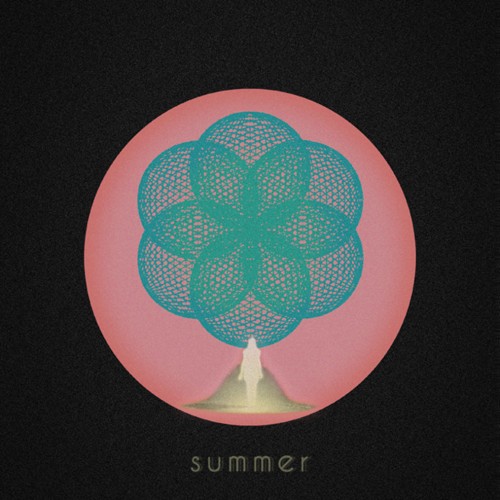 LA-via-Chicago singer Nylo makes R&B with a strong ear for teen pop melody. Her voice is sweet and breathy (if somewhat lacking at higher registers) and it’s well-suited for the heavy-hearted ballads of Indigo Summer.

Hitmaker Tricky Stewart produced the swirling ‘Nobody Has To Know’, and having the man who (with The-Dream) helmed ‘Single Ladies’ and ‘Umbrella’ in your corner can’t hurt. In that vein, ‘Breakfast At Tiffany’s’ could very well be one of the mellow numbers on a Rihanna album; unfortunately, the melodramatic ‘Cocaine Hearts’ doesn’t live up to it’s provocative title.

Nylo’s cover of Robin Thicke’s ubiquitous ‘Blurred Lines’ (which she produced herself) is the highlight here, due in large part to a beat that breaks Indigo Summer‘s synth-bathed, mid-tempo spell. Moving forward, the trick for Nylo will be leaving her comfort zone and exploring the rest of the R&B-pop continuum: surely there’s a dance track with her name on it?