Sonic Futures: How Technology is Guiding Electronic Music
Back to FACT

Sonic Futures: How Technology is Guiding Electronic Music is an original mini-documentary that explores British technological innovation in electronic music. FACT talks to Vicky Clarke, Lee Gamble, Venus Ex Machina, digital selves and queer club collective Tremors to find out how contemporary UK artists are looking to the past, present and future to create new sounds and utopian spaces.

n 1958, the BBC formed the Radiophonic Workshop to create original music and sound effects for radio and, later, television. Members such as Daphne Oram, Delia Derbyshire and Dick Mills pioneered methods of electronic music-making that surged through the popular music of the ’60s and ’70s and still influence artists today.

Although the Radiophonic Workshop closed in 1998, UK artists are still exploring how current and future technologies can be used to create never-before heard sounds and music. FACT’s original mini-documentary Sonic Futures: How Technology is Guiding Electronic Music talks to some of the UK’s leading musical innovators about working with machines, creating new utopias and whether we should be afraid of AI.

“In terms of the British history of electronic music we’re a nation of hobbyists and tinkerers and we like to build and make things,” says Manchester-based sound artist Vicky Clarke, whose DIY physical interfaces for controlling digital sound are part of a dialogue with the UK’s electronic music history. “I like to think how we can take from the past and look to the future and create these new performance systems.”

We meet Lizzie Wilson aka digital selves, another UK artist who works with one of these systems, TidalCycles, to create music as part of the club music movement known as Algorave. For Wilson, the big positive of using code to create music on the fly is the element of digital collaboration. “There’s a lot of things that machines can do that humans can’t,” she says. 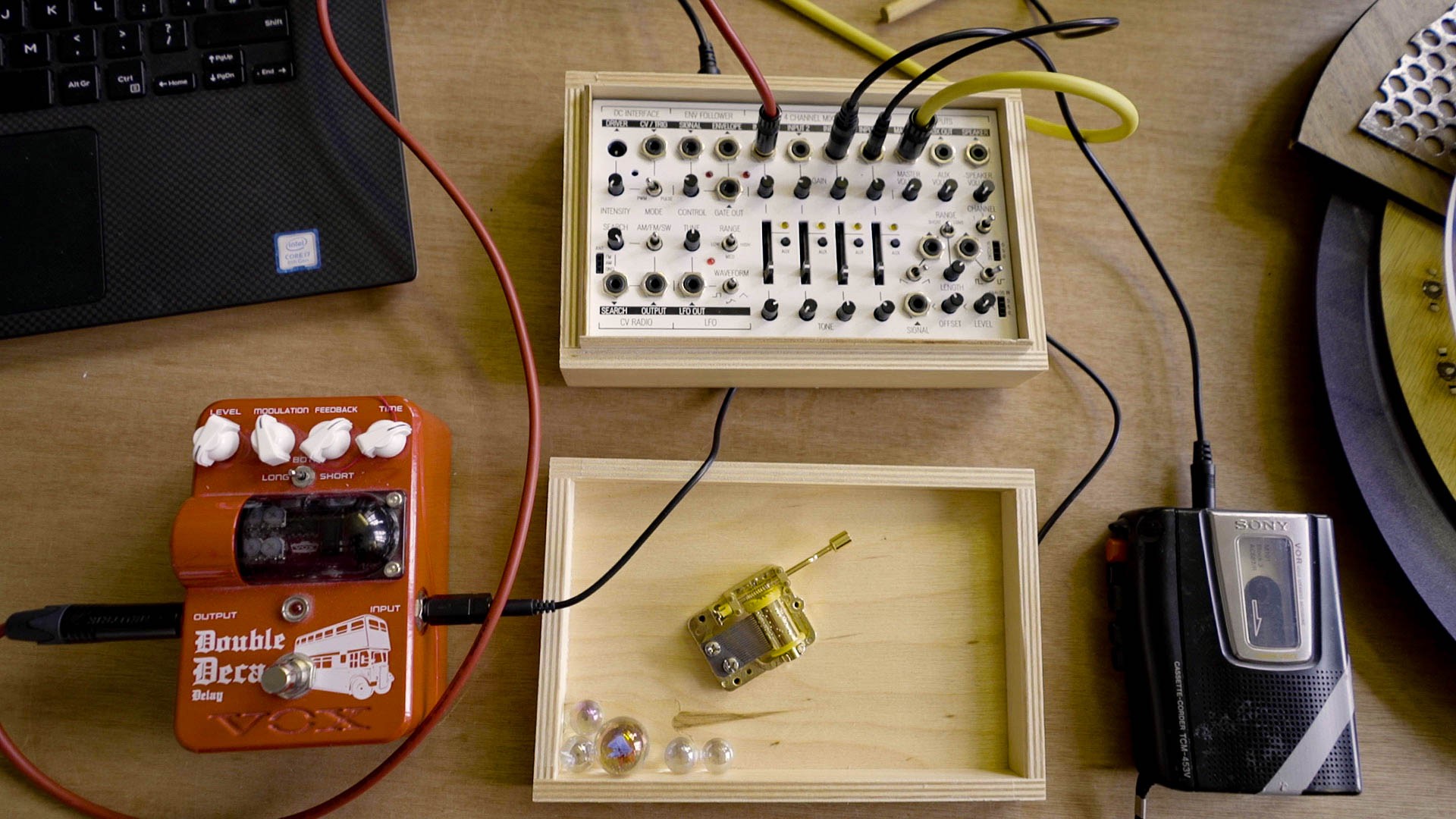 We also speak to Lee Gamble, whose recent music on Hyperdub is a musical response to the visual and sonic stimuli of modern cities and virtual spaces, and whose live AV shows make his sharp sound design almost tangible.

As machine learning techniques make their way into music-making alongside almost every part of our lives, should we be worried about music generated by artificial intelligence? “Digital is either an end or a beginning, it depends on how you use it,” believes Venus Ex Machina, who developed a “pirate AI” opera at the CTM HackLab in 2018.

Far from creating a dystopia, technology is also helping to guide music into utopian realms. With affordable spaces for making and creating music in the UK becoming more difficult to find, London queer collective Tremors are using audio-visual technology to help build “the nightclub of the future”, turning the club night itself into their own creative studio. 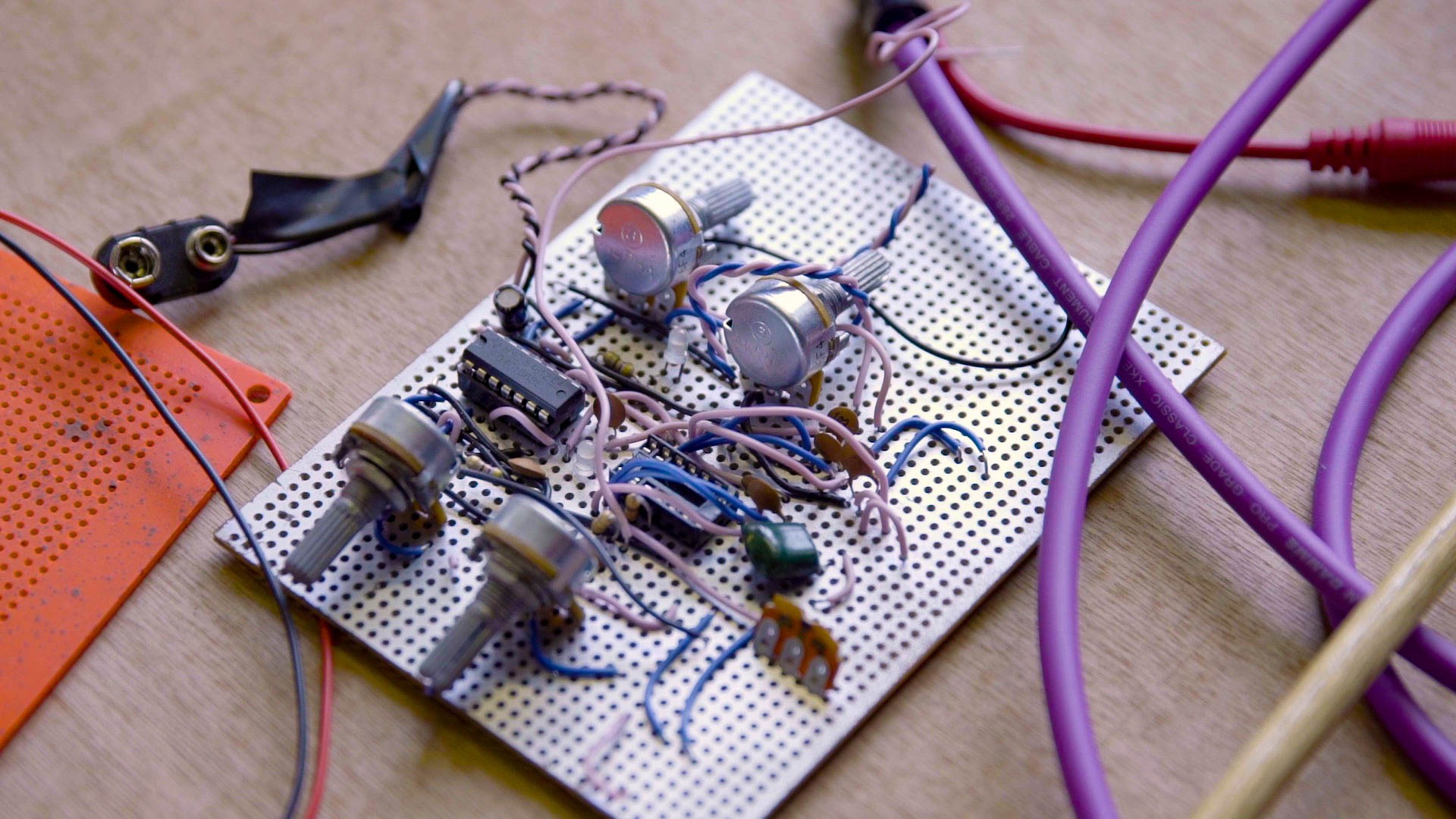 The speed of technological advancement in the early part of the 21st century has been so rapid that it’s tempting to push back and dream of a simpler existence. But as this film shows, music technology has a vital power to liberate individuals and bring marginalised communities together.

Special thanks to BBC Motion Gallery for archive footage
www.motiongallery.com