Picking up where we left off with last week’s Fact mix with Gracie T, who went out with a bang with ‘All Your Love (Ode 2 Hudmo)’, this week we are thrilled to present Yazzus, who tears through a high-velocity selection of sexy rave, dark room techno and ’90s video game soundtracks. “For this mix I dug through ’90s video games soundtracks, finding sexy techno with groove and pulsing rhythms, then pairing with some of my favourite tracks at the moment with this same aesthetic,” she explains. “Video games have always been a big inspiration to me, growing up playing shit like Street Fighter and Mortal Kombat with my older brother, I think unconsciously I’ve been vibing to the soundtracks ever since. ‘Battle Stage’ music always has vibrant electronic sounds such as acid, hardcore, jungle and techno, the latter I’ve been connecting with more so, since my move to Berlin. The bounce is also super important too!! Please enjoy and also check out classic game soundtracks, you’ll be surprised how many tracks you can actually enjoy as club music – the PS1 Ghost In The Shell OST is a special one for sure!”

The results are breathtaking, a headlong rush through essential selections from the soundtracks to Wipeout 2097, Ghost In The Shell, Tekken 4 and System Shock 2, cemented together with a hard and fast contemporary sound, including recent tracks from ÅMRTÜM, Roza Terenzi, badsista, Clair’s hardcore rave edit of Sexy Sushi’s electroclash anthem ‘Sex Appeal’ and an unreleased track from Yazzus herself. It’s a thrilling snapshot of the scenes the Ghana-born, London-bred, now Berlin-based DJ and producer has immersed herself in recently, following a relocation to Germany, as well as a testament to the unstoppable momentum she has been building for the past few years. Between releasing an essential EP on Steel City Dance Discs, gifting us two unmissable edit packs, the first a love letter to the ’90s dance music she draws so much inspiration from and the second a killer collection of the bootlegs and edits that have become her signature, Yazzus featured on Mary Anne Hobbs’ 6 Music show, contributed a track to Tresor’s landmark 30th anniversary compilation and made her debut at Berghain.

Not only is her Fact mix exactly what we want to hear at a techno party, it’s also Yazzus at her most playful, weaving in childhood inspirations and a reverence for an extremely personally formative period of dance music into her high-speed, forward-facing sound. Never before have we wanted to both go out and stay in quite so intensely.

You can find Yazzus on Instagram, SoundCloud and Bandcamp. 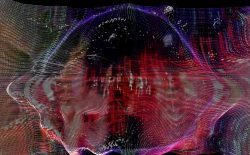