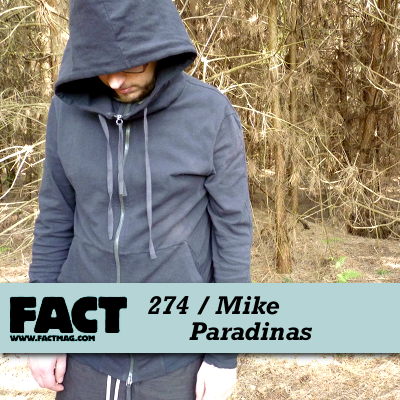 FACT mix 274 is an intense footwork session by someone who has been instrumental in popularising the form outside of its native Chicago: Mike Paradinas.

So hard has Paradinas fallen for juke, for what he describes as its “raw primal energy” and “purity of intent”, it would be fair to say that right now the music forms the backbone of his illustrious Planet Mu label, which began back in the mid-nineties as a Virgin sublabel before he established it as an independent concern in 1998. Over the past two years, Mu has brought us incredible full-length artist albums-cum-anthologies from DJ Nate (Da Trak Genious), DJ Roc (The Crack Capone) and most recently DJ Diamond (Flight Muzik), 12″s from DJ Rashad and DJ Spinn, not to mention the scene-defining Bangs & Works Vol.1 compilation, and footwork-inspired records from the likes of Chrissy Murderbot, Machinedrum and Kuedo.

To the passing observer it might almost seem excessive, but one of the most admirable things about Paradinas, who produces as µ-Ziq and is currently involved in the three-piece Heterotic, has always been his willingness to follow his instincts and put his money where his mouth is. This wave of footwork releases is hardly the first or last time that he’s sought to introduce raw underground dance music strains to vinyl and to larger audiences: remember those key grime and dubstep 12″s from MRK1, Pinch, Darquan, Vex’d, Distance et al, or just think back to last month and Anti G‘s Bubbling House collection, Kentje’sz Beatsz.

Far from a passing fad, though, Paradinas’ love affair with footwork looks set to last – “I still feel it on a visceral, physiological and emotional level,” he says, and, having just released the aforementioned DJ Diamond LP, he’s currently busy readying Bangs & Works Vol.2. FACT mix 274 is a recording of the sound desk at Corsica Studios in May, and features no less than 38 tracks in 60 minutes – with tracks from Africa Hitech and Machinedrum sitting happily alongside tough jams from the usual Chicago suspects. Download it below, and prepare to jerk; read on for a Q&A with Paradinas in which he talks more about the footwork, as well as his plans for Planet Mu’s near future (including the release of a “classic era” µ-Ziq compilation). 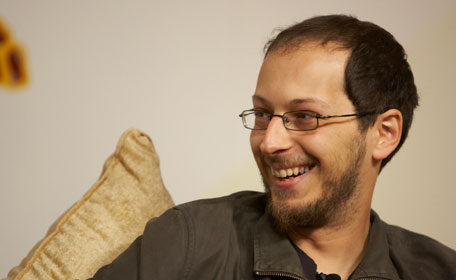 
Your mix for FACT is mostly footwork, which is obviously your current squeeze, as seen through your DJ sets and Mu’s output. Are you still as obsessed with the music as when you first discovered it?

“Yes, I am still 100% into it. If I was one of Lord Sugar’s apprentices I would be 110% or even 120% into it.  It’s a very rich and varied musical culture so it keeps on giving. It’s not superficial – it doesn’t get old. I have just spent the last month compiling (and securing the tracks for) Bangs & Works Vol 2. This process was much easier than it was for Vol.1 last year, because now most producers in Chicago are aware of Planet Mu and know it is probably a good thing for them. I still needed to convince a few producers.”

“I still feel footwork music on a visceral physiological and emotional level more than anything else right now. It has everything I need from music. Raw primal energy and honesty, purity of intent. I wish UK had something to offer me with the same qualities, which I’ve not heard since grime.”

Have you been to Chicago to test out some of the footwork dances in the flesh? Or is it something that stays more special with a bit of distance?

“No, I’ve not been to Chicago yet. I’ve met 3 of the dancers (AG, Litebulb and Manny) and the DJs Rashad and Spinn in Europe this summer. We talked about the scene. I don’t know if the ‘distance’ is making it exotic for me or not, I would suspect not, as my response to the music would be the same. I definitely plan on going to Chicago when time and money allow as it would no doubt improve my perception of how it came about. To outsiders the scene’s infighting and beef can be annoying and disruptive at times, but there are moves afoot to solve this.”

Tell us more about the process of assembling the Bangs and Works compilations.

“With a lot of work… talking to a lot of producers and fans in Chicago over the last two years really. That’s how I’ve managed to amass probably the biggest collection of footwork tracks outside of Chicago (over 3000 mp3s) and whittling that down to a compilation has been hard. But as was the case with Vol.1 I’ve gone down the route of gathering together another collection of tracks which move me, personally. The sort of tracks which may have resonances with ravers, junglists, grime fans, etc.

“What happens is I chat to the producers over instant messaging and license the tracks off them sometimes with a little bartering and convincing…explaining… Everyone  gets the same advance payment – as I want everything to be fair.”

Maybe the most celebrated thing you’ve released this year is Machinedrum’s Room(s), which really made something special out of that role footwork can play as spectral, suspended pop music. With more people outside of Chicago seemingly reinterpreting footwork in unique ways – I’m thinking Wheez-ie, Distal, Phillip D. Kick etc – do you think we’re going to see the genre start to really develop in the next few years?

“Yes, I don’t know quite what to call it (certainly not post-footwork) but there are a lot of scene outsiders offering their interpretation of footwork or being inspired by it. Apart from the names you mentioned there’s Lil Jabba, Damscray, Krampfhaft, even Kuedo and Ital Tek are incorporating footwork ideas into their new productions. When people get it, it can be infectious. I’m glad Machinedrum did that service of showing people who weren’t quite ready to get ‘real’ footwork that it’s ideas can be watered down into a sugary, acceptable and beautifully poppy form.”

How are your own productions going these days? You’ve done a couple of remixes under various aliases, but generally there’s not been much from you out there.

“Yup – the Heterotic alias (which is me with Lara Rix-Martin on production and Nick Talbot singing), we are working on an album which will hopefully see the light next year. There might also be a compilation of ‘classic era’ µ-Ziq trax… if i ever get the time to distill it from the 700 track shortlist.

What else do you have coming up on Mu in the near future?

Next month we have Tropics’ album Parodia Flare where Chris has gone into full-on slightly jazzy multi-instrumentalist mode (live band thing) and after that Kuedo’s album Severant which we think is probably the best thing we’ll release in 2011 and the best thing he’s done. A very emotional album which tugs at the heartstrings, but in a painful, not a mushy way, incorporating film soundtrack type elements and hiphop and juke percussion.”