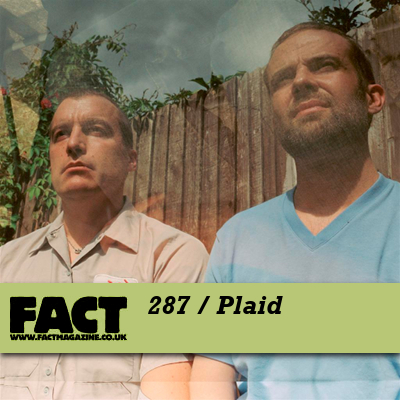 Both former members of Sheffield techno unit The Black Dog, Andy Turner and Ed Handley debuted on the Black Dog label in 1991 with the album Mvuki Mbuki, before eventually settling on Warp as their key home, becoming a vital part of the label’s seminal ’90s roster that also included Aphex Twin, Squarepusher and Autechre. In that time they’ve also collaborated with vocalists Bjork and Mara Carlyle, as well as various video artists (most notably Bob Jaroc) and the Gamelan Orchestra in the live setting. Throw in several film scores, and you’re looking at two of electronic music’s real titans.

This week, they released Scintilli, a new album that proves that age has dulled none of Plaid’s sheen: it’s one of the duo’s most diverse records yet, in terms of both mood and style. To mark the occasion, they’ve contributed the latest mix to our series, a short but swift-moving daydream through light-footed electronica, stepping techno and clouded ambient. It’s perfect for the last days of Summer that we’re currently experiencing, so tuck in.

Plaid will be performing live at Rewire Festival in the Netherlands on November 4.