Introducing one of the UK’s most exciting new producers. 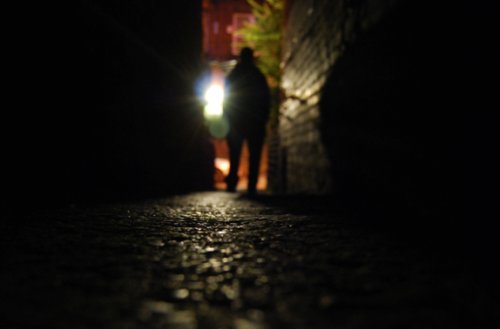 Whatever happened to UK Funky?

Why, after the door was kicked down by raw, soca-powered white label anthems like ‘Gabryelle Refix’, ‘Sirens’, ‘Seasons’, ‘Our Father’ and the like – didn’t the wider sound of UK dance music continue to develop in that direction? Far too many artists – granted, there are still exceptions in the form of the Soulserious label, Eastwood, Champion and others – started making polite, pernickety house instead, sacrificing rudeboy energy in favour of a sickly-sweet, synthed-out style which, depressingly, prospered and proliferated, and now dominates major clubs and the dance stages at festivals all over the world.

Thank god, then, for Ben Walker aka Beneath, whose deadly, uncompromising productions – best sampled on his aptly titled Less Is More mix – pick up where the original UKF sound of 2009-10 left off, but also deconstruct it, resisting lurid hooks in favour of an icy, stoic minimalism more reminiscent of Loefah and Digital Mystikz’ early dubstep offerings. “In my mind the big scene or whatever you want to call it that’s going on now is a party scene,” he says. “I’m all for vibes in a dance but I like some edge…and personally, I think that’s been lacking.” 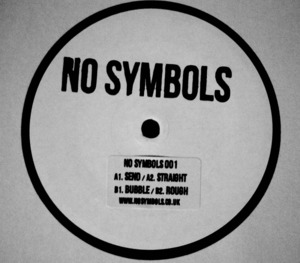 Stoke-hailing, Sheffield-based Walker started making music in 2008, sure of nothing beyond his desire to “make something that you could listen to and immediately know it was from the UK.” The advent of Funky galvanised him, and provided him with the template he needed to organise his ideas. Having honed his sound down to its essence – razor-sharp claps, low-passed square waves, hollow toms and desolating drones, all bound together with a sure sense of dancefloor swagger – he set about assembling his debut EP. Self-released on his own No Symbols imprint last month, its four tracks – ‘Send’, ‘Straight’, ‘Bubble’ and ‘Rough’ – are almost militantly sparse. Here is a producer with absolute faith in the efficacy of his rhythms, and sure enough, when heard in the mix, and especially in the dance, their impact is enormous.


“I wanted to make something that you could listen to and immediately know it was from the UK.”

He cites Source Direct, Digital Myztikz, Kode9 and D1 as formative influences on his own music-making, and reserves special praise for those DJs and producers he feels have carved out a niche and proudly upheld it.  “I’ve got big respect for Hatcha, Youngsta and Marcus Nasty – they built their own thing, they told the producers what they wanted and they took it somewhere.

“Outside of the UK, Ricardo Villalobos was a big inspiration from early on, ‘cos when I first got properly into dance music on a deeper level he was my favourite producer. He killed it with that Fabric mix he did – he came with his own sound.”

So what’s next from Beneath? First up, another four-track 12″ on No Symbols. “Then there’s talk of a few other things happening,” he says, “But that’s just mainly talk at the moment. I don’t like to say this or that is going to happen unless the gears are firmly in motion.”