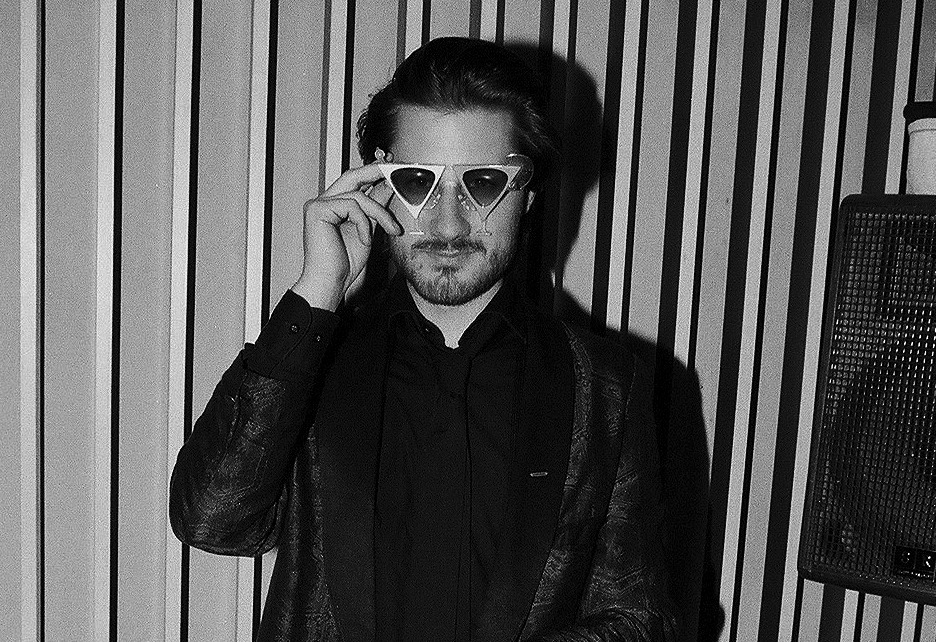 This week we’ve found the tiny bit of overlap on the Venn diagram between Ethiopia and Max D, a tropically trippy journey from Düsseldorf’s Bufiman (pictured), loads of stuff going crash-bang-woah from Janus affiliate KABLAM, and an ambient dream from the Blowing Up The Workshop series. And more!

Bufiman is one of the residents at Düsseldorf’s Salon Des Amateurs, a club that’s becoming renowned for its avant-garde perspective on the dancefloor, true to the city’s musical roots in groups like Cluster, Can and Kraftwerk. The DJ and producer born Jan Schulte pulls off a masterful balance between brain and body on this eclectic, cratedigger-pleasing mix, zig-zagging through sun-dappled pipes and chattering percussion with African and Latin flavours. Definitely one for outdoor listening.

Bedouin Records has only been operating from its base in the UAE since 2014, but it’s already built up an impressive catalogue of like-minded artists from across the globe. The label’s dark take on electronic music might have much in common with that of Blackest Ever Black and its peers, but also feels in rhythm with the percussion of the Middle East. Some of the names on this mix – Eomac, J. Tijn and Roly Porter to name a few – might be familiar, but the way they’re presented here feels anything but.

Benjamin John Power’s second album as Blanck Mass, released last month, was a considerably noisier and more industrial affair than his debut. In this mix for Secret Thirteen he explores that shift with a selection he says is “aimed at the club”. Even so, this hypothetical club is an adventurous one, with claustrophobic sounds from Black Zone Myth Chant, Cut Hands and L.I.E.S. sitting alongside more spaced-out cuts from Palmbomen and Legowelt.

Sami Yenigun
Down The Holy Well mix for Extended Family

Washington DC’s Sami Yenigun seems like one of the good guys. As well as co-running the city’s house and techno party destination Roam, writing for the Washington Post, producing radio for NPR and winning awards for his contribution to the fight against Ebola (seriously), he’s behind the 1432 R label, a platform for the emergent Ethiopian electronic music known as Ethiopiyawi. On his Down The Holy Well mix for Extended Family, Yenigun interweaves a bundle of (sadly untitled) 1432 R cuts with hazy house from Future Times, PPU and PAN (in a thread of tracks where the common element is the wonderful Max D). So fresh.

Hurfyd
Blowing Up The Workshop 45

You might know Hurfyd from one of the many videos he’s made to accompany tracks from DJ Haus, Palms Trax, Photonz and countless more over the past few years. It turns out he’s also something of a connnoiseur of ambient sounds, as his entry into the Blowing Up The Workshop series demonstrates – if you like new age meditation tape sounds, then this trip into the “chillout yurt” is one for the iPod. Credit also to BUTW, whose mixes this year have been slaying the competition.

Kasja Blom is the Swedish youngster in the international family of Janus, the Berlin party-turned-firestarting-club-movement that counts M.E.S.H. and Lotic among its ranks. KABLAM’s Fader mix is cut from the same dark and dramatic cloth as her Berlin-based peers, with skewed tuffness from her crewmates and the likes of Grovestreet and Lisbon’s DJ Lycox, plus her own ‘Priéremix’ and a welcome outing for Christina Aguilera and Lil Kim’s ‘Can’t Hold Us Down’, which sounds far fucking better than it has any right to do 12 years on.