Red Hot Car: How a Japanese auto maker fueled the rise of EDM

From about 2008 to 2012, I was one of hundreds of DJs and other nightlife professionals who cashed checks from the car company Scion.

Most prominently, I was a beneficiary of the Scion Sessions program. Scion gave me and my partners a modest budget in exchange for handing out branded promo gear, including the very popular Scion socks, and slapping a logo on the flyer for a few of parties I was playing monthly in Philadelphia. The influx of cash gave us and similarly positioned DJs across the country a little leeway with our bookings. Thanks to Scion, it was financially viable for smaller DJs like me to pick up a week of gigs across the country. I also picked up freelance work for bigger DJs involved with larger Scion-affiliated projects, and even wrote the occasional marketing report. Never did I drive, ride in, or even see a single Scion automobile.

Scion was intended to be a “starter” brand for Toyota. Ideally, a young driver who bought a Scion would grow up to be one who bought a Toyota (or a Lexus, the company’s luxury option). But after a big start, the company struggled to keep its sales numbers up, which undercut its potential to create lifelong Toyota drivers. As such, Toyota recently announced plans to phase out the Scion brand after almost 15 years, a move which came as no surprise to the auto industry. The cars will largely stay in production but will now carry Toyota branding; Scions are already branded as Toyotas in Europe.

By investing in dance music’s resurgence, Scion found itself nurturing a movement

But with the end of Scion also comes the end of Scion’s marketing machine, which played an unlikely but crucial role in the last decade of American music. From its inception, Scion relied on what’s known as “lifestyle marketing” to sell its cars to young drivers. It sought to win over the youth by aligning itself with whatever cool stuff the kids were into. So they looked to hip-hop. This was already a bold move by the standards of the stodgy auto industry. But when the company’s sales promotions manager Jeri Yoshizu found out that Missy Elliot wanted $250,000 to put one of their cars in her video, she made the fateful decision to turn to the underground. Rather than blowing her budget on one move, Yoshizu opted to spend that money on dozens of smaller projects. She reached out to her connections at magazines like URB and XLR8R and began sponsoring local underground hip-hop events. This would set the tone for over a decade of Scion investment in American music.

Yoshizu’s ground level efforts quickly expanded beyond hip-hop and into dance, then garage rock, and finally metal. The company launched Scion AV, a record label which would go on to release everything from grindcore vinyl to Boris tracks remixed by Nosaj Thing. Alongside the label, A-list talent helmed a number of channels on a Scion internet radio station. The company graduated from sponsoring local shows to putting together creative and ambitious live events. Most notably, Scion paired hip-hop legends like Ghostface and Bun B with funk bands for several small tours. The company also was among the first to put on shows with marquee talent during SXSW without being affiliated with the festival itself, and thus being open to the public. When that bureaucracy became too cumbersome, Scion launched Scion Rock Fest, a metal festival which boasted headliners like Machinehead and High on Fire, and ran for five years in different cities. Along the way, Scion developed a reputation as a relatively trustworthy benefactor making good faith investments in smaller scenes which traditionally didn’t see corporate money.

But nowhere was Scion’s impact more notable than in the world of dance music. In hip-hop, garage rock and metal, the company found stable but established scenes with dedicated fans and a level of stability. But by investing in dance music’s resurgence, Scion found itself nurturing a movement and enabling its transition from the underground to the mainstream. It’s probably overstating things to credit the Japanese car company for the rise of EDM, but it certainly played an important role. 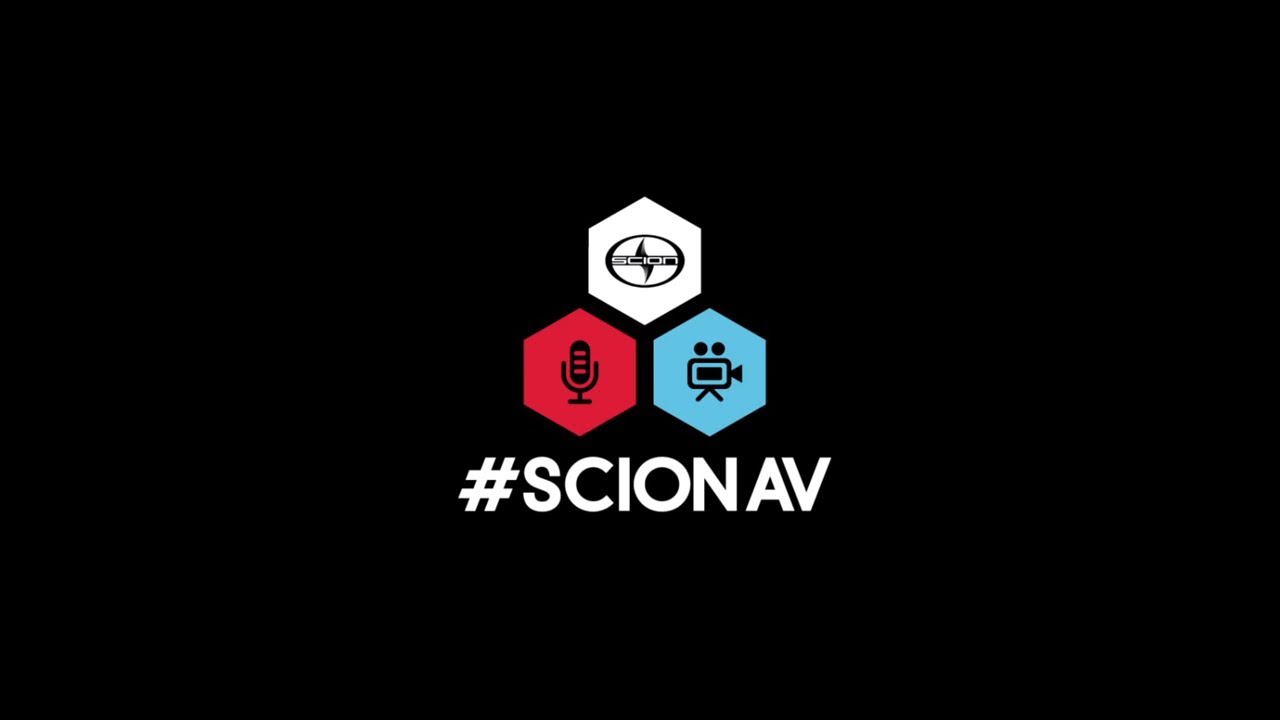 “Some people on the dance floor were very hostile to being seen as a dollar sign and a potential sale”Cullen Nawalkowsky, DJ/promoter

After the rave boom of the ‘90s and Fatboy Slim’s time as an MTV staple, dance music had faded in America. Crowds got older and local scenes went stagnant. But in the mid-2000s, a new wave of European dance music started making in-roads in the States. Scenes began to develop, especially in New York and Los Angeles. After seeing the movement firsthand on trips to London and Paris, then watching A-Trak lead Kanye towards the rave during a stint as his tour DJ, Yoshizu decided to take Scion in a new direction.

Scion began shuttling artists from French electro labels like Ed Banger and Institubes and UK dubstep stables like Dub Police over to the States, where they linked up with local crews like SMOG and Trouble and Bass, and labels like A-Trak’s Fool’s Gold. “[Scion] brought Actress, Joker, Rusko, Martyn, and Untold,“ remembers SMOG’s Danny United, who worked with Scion on parties in Los Angeles. “It was everybody that was making something substantial and significant.” In New York, Scion booked a pre-Taylor Swift Calvin Harris, a still-credible Zomby and a just-now-poppin-on-MySpace Rusko at a 200-capacity bar for its Radio 17 parties. They brought a similar caliber of talent to several parties at the 2008 Winter Music Conference in Miami.

But beyond accelerating the rise of electro and dubstep in America, Scion’s legacy also rests in how it helped the music break out of its metropolitan base. The previously mentioned Sessions program, which put money directly into the pockets of more adventurous DJs, was one way it did this, but Scion also sent artists on tours of smaller cities like Columbus and Minneapolis. So while a talented artist like the late DJ Mehdi were easily able to turn his buzz from opening for Daft Punk into gigs in New York and Los Angeles, a Scion assist put him in front of more elusive crowds across flyover country. The promoters in these smaller cities got to book forward-thinking talent without bearing the full financial risk at a time when the cool points associated with these artists was not translating into actual dollars. Mehdi got to expand both his fanbase and his professional network. “[Scion parties] started to connect the EDM scene,” says Action Jackson, a DJ and promoter in Indianapolis. “I still hear people say that the parties we threw were the first time they went to a show like that.”

(Ironically, while the money Scion spent getting these DJs on the road had a significant impact on dozens of careers, the endeavor was not seen as particularly effective within the company, by Yoshizu’s admission. By chance, all this was happening just as social media became mainstream enough for corporate statistics. Toyota began to use Twitter and Facebook to track its marketing progress, but smaller cities were slower to adopt the new technologies, and it was much harder to measure the impact of a Rusko show in Indianapolis than one in Brooklyn.)

As electro and dubstep events evolved from sweaty hipster parties to anodyne corporate raves, Scion’s ubiquity made some people feel like the company held some of the responsibility for the change. After all, many of the up and coming DJs and promoters who worked with Scion — Dave Nada and Franki Chan, to name a couple — came from a DIY punk or hardcore background. The venues and crowds often overlapped, and this made any corporate sponsorship awkward and risky, no matter how benevolent and hands-off. “For some of us, the people on the dance floor were very hostile to being seen as a dollar sign and a potential sale,” notes Baltimore DJ and promoter Cullen Nawalkowsky. “If I introduced that approach to my parties, I would have lost fans and attendees. So it made room for people with a more business-oriented approach to dance music and nightlife”.

Ultimately, the same issues that proved malignant for EDM were what pushed Yoshizu to pivot into more genres. First and foremost, it got expensive. The rising stock of the once-modest artists she partnered with early on (as well as competition from other companies dipping their toes into the lifestyle marketing world) drove prices way up. It defeated the purpose of an underground strategy which had grown out of a need to keep costs down in the first place. But the crowds also changed, from fans of the music to more generic clubbers. And while this was a practical challenge (like when people started getting bottled at dubstep shows) it also undercut the point of the marketing initiative. Several people who worked with Scion spoke of the contrast between the ambivalent dance fans and metal fans, for example, who loved the car company for the simple act of acknowledging them.

The return of dance music in America was likely with or without Scion’s involvement, of course. “As supportive as they were of this nascent DJ community, it would have still been a community without Scion sponsored events and music,” says Nick Catchdubs of Fool’s Gold Records. “[Scion recognized the music] before anyone else did, but the zeitgeist is the zeitgeist.” But given the cultural power EDM has wielded over the past half decade, we should all at least be aware of the role that a now-defunct Japanese car company played in transforming American dance music. 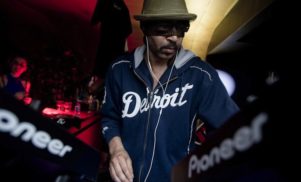 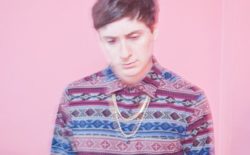