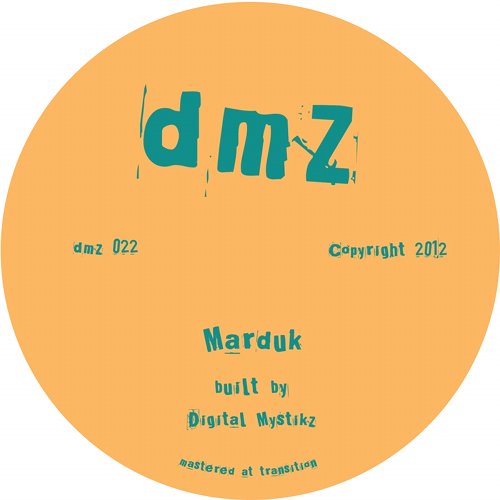 Any new record by Mala, almost certainly dubstep’s greatest ever producer, is big news amongst fans of the genre, but this new one on his own DMZ imprint is really special. Tucked on the flipside to DMZ022 (the A-side is a typically shredding piece of Coki psychadelica titled ‘Marduk’), ‘Enter Dimensions’ is every bit as potent as ‘Mountain Dread March’ from 2010’s spectacular Return II Space double-pack, striding forward on biblical kick drums and subtly swung hi-hats. But when that second drop hits? If you’re now wowed, then we’re not friends.

You can stream a healthy two minutes of ‘Enter Dimensions’ below (the wobble bassline at the start is another track that it’s being mixed out of, by Coki). The full thing is out now on DMZ; vinyl only as ever.