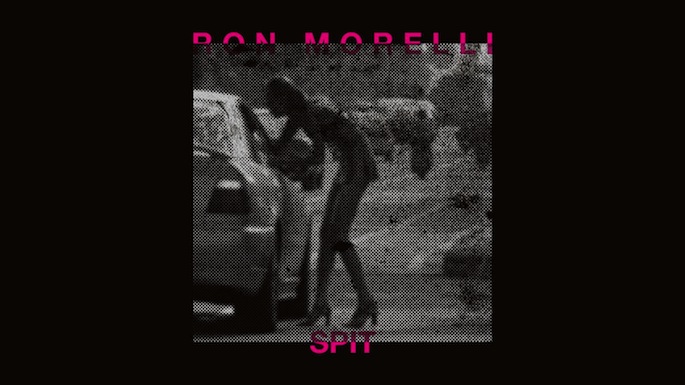 Listen to the Brooklyn producer’s debut album a week early.

Ron Morelli’s Spit is due out on November 11 via Dominick Fernow’s Hospital Productions. The label has described the eight-track set as a divergent collection that includes everything from “house and industrial tape experiments to saturated metallic beat tracks”. The title comes from Morelli’s experiences with “hooker spit” while recording the album.

“At less than 35 minutes long, and with song titles like ‘Modern Paranoia’ and ‘Sledgehammer II’,” Maya Kalev wrote in her review of the album, “Ron Morelli’s debut album Spit is about as no-nonsense as they come.” Stream it now via Pitchfork Advance.