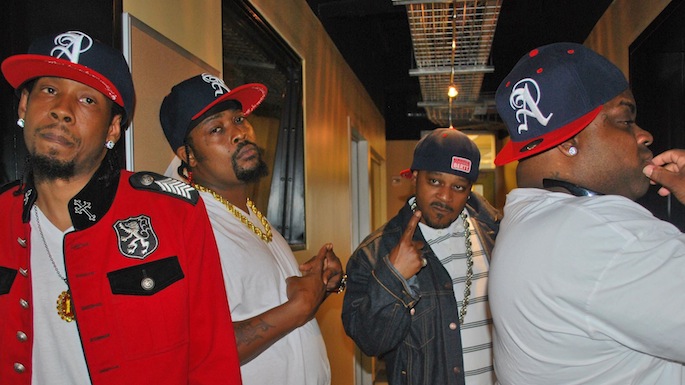 The Dungeon Family crew reveal the lead single from their first album since 2004.

Described by Cee Lo as “Public Enemy on acid,” Goodie Mob’s Age Against the Machine is due out on August 27. Judging by lead single ‘Special Education’, it may be more accurately described as “Public Enemy on Skrillex.” Each member gets a chance to shine over a wobbly, glitched-out beat, with guest vocalist Janelle Monae singing the (somewhat incongruous) chorus.