If you’ve followed Kanye or Kim on social media this week, you’ll know that they’ve been taking Armenia by storm – as only they can.

Kanye is currently playing a free Sunday night show at Yerevan’s Swan Lake, and it’s livestreaming – you can watch it via the video embed below [and now that it’s finished, you can watch it back on the same embed – skip to 45 mins]. Who needs Coachella?

Update, 22.14 BST: So Kanye just jumped in the lake while performing ‘Good Life’. Granted, it’s pretty shallow where he jumped in, but fans are all over him and it’s chaos. Police are now involved, and the show has stopped for the meantime.

Update, 22.20 BST: It’s been stopped for a while now, with the odd “Kanye!” chant but generally just confusion amongst the attendees.

Update, 22.29 BST: Whoever was streaming the show has got bored, put it that way – he or she are heading home. There’s a lot of people standing about waiting for something to happen, but most people seemed to be leaving now. The show appears to be very much over. 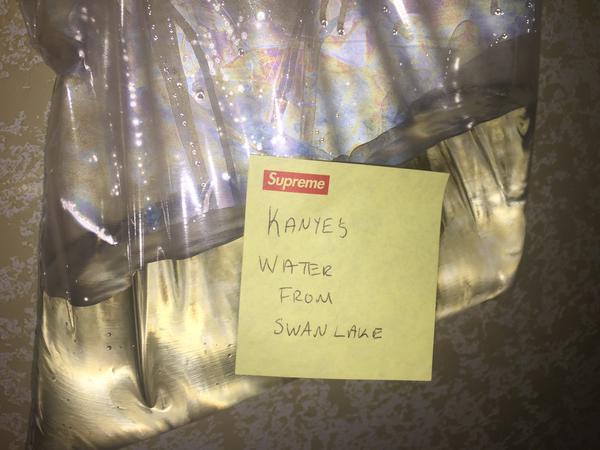 Update, BST 22.56: Word seems to be that police stopped the gig. You can watch Kanye’s performance back via the video embed above – it starts around 45 minutes in. Oh, and here’s a better view of the jump: