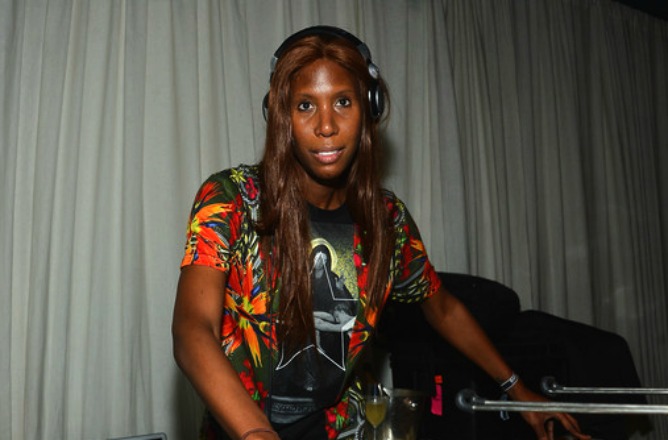 This week we’ve stumbled across hyperreal environments from a high-resolution duo, a hype grime session from a rising star, impressive eclecticism from the boss of Antinote and sets from Girl Unit, Ital and Honey Dijon. There is truly something for everyone: you’re welcome.

Our fix of all things hyperreal this week comes from Sentinel and Djwwww, two underrated advocates of high-resolution post-internet sounds. Their ‘Designer Environments’ mix is more of an album-length, fully immersive audio experience than a DJ mix, where mangled samples are sprinkled liberally into a metallic ocean of ambient tones, R&B-inspired bass and glitchy beats. On the same level as more high profile stuff from Elysia Crampton, M.E.S.H. and Arca.

Tim Sweeney invites house dazzler Honey Dijon to the Beats In Space show this week for a session that’s big on warm, pulsing bass and treacly grooves in the classic style. Among the Chicago DJ’s selections are cuts from San Jose’s Lady Blacktronika, Peckham’s Wbeeza, Perugia’s Simoncino and an unreleased track from the forever underrated Mr G.

Ital only released the brilliant Endgame album on Planet Mu last year, but he’s already got a full live set of unreleased material. This mix for Self-Titled’s Needle Exchange was recorded at the recent Jetztmusik Festival in Mannheim, and gives us a taste of his current set which balances tough, Detroit-inspired sonics with the amorphous baselines and psychedelic chords that have become his trademark. A peak-time mix that’s also delicate enough to go down well at any hour.

Girl Unit takes us on a 38-minute joyride through his current obsessions on this very hype, very eclectic mix, dropping some lights-down Afrobeats from Ezi Emela, Dej Loaf club re-fits, fizzing hiplife from Ghana’s Bryte, vintage Ginuwine and the compulsory filth-talking Rihanna edit, as well as a few of his own tunes. Note that the Mixcloud tracklist is not to be trusted.

Antinote is arguably the most interesting label operating out of Paris at the moment. Its releases cover everything from experimental hardware techno to 70s-inspired psychedelia, something that makes a lot of sense with regards to the label’s founder Quentin Vandewalle, aka Zaltan. Kicking off with reggae from Sheila Hylton and working its way through unreleased L.I.E.S., Future Times and Antinote tracks, this mix for Tsugi shows off his eclectic taste, one that effortlessly draws parallels between dance music’s past and present.

‘Keep Calling’ producer and horribly talented young DJ Finn steps up for a set on Sian Anderson’s 1Xtra show with rising London rapper Jammz, whose recent Hit Then Run EP flagged him as one-to-watch among the latest wave of grime MCs – here they show off their considerable chops on the deck and the mic respectively and toast the release of their collaborative single ‘Final Warning’ (also featuring producer Fallow) on Local Action (disclaimer: a label independently operated by FACT’s Tom Lea).