The Godfathers of House have a special night lined up at The Forum later this year.

Representing the classic sounds of Brooklyn and Chicago, deep house maestro Todd Terry and Trax anthem-maker Marshall Jefferson will take over the north London venue on October 10 for a rare double headline show.

They’ll be joined by two breakthrough DJs from the UK in the shape of Rinse FM resident and Plastic People mainstay Josey Rebelle plus Ossie, a DJ and producer who’s released on Hyperdub, 20/20 and Wolf Music.

Tickets for the night, which runs from 10pm to 4am on October 10, are available now from Soundcrash. 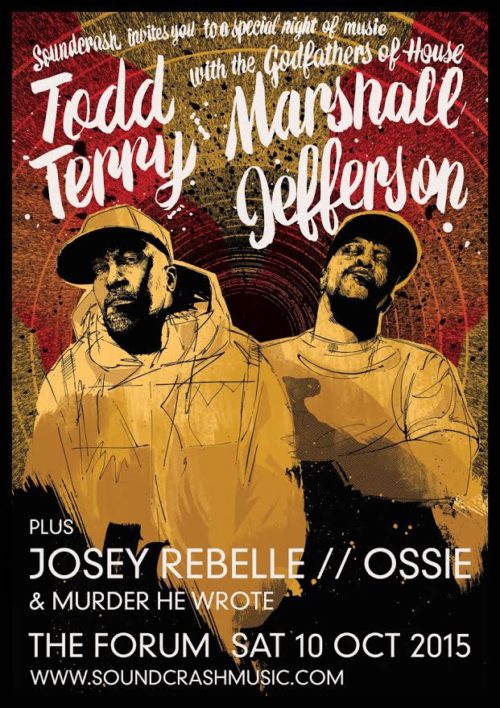