Semtek, MGUN and more play at the label party in April.

Don’t Be Afraid is holding a huge Easter party at London’s Bloc venue at Autumn Street Studios on April 13.

Heading up the bill is Detroit’s DJ Bone, who will play under his Differ-Ent alias, following the release of his It’s Good To Be Differ-Ent album on the label earlier this month.

He’s joined by fellow Don’t Be Afraid artists Karen Gwyer and rRoxymore, Timedance boss Batu and Jayson Wynters, whose first record for the label is due to arrive at the end of March.

Label founder Semtek will also DJ at the party as part of a back-to-back set with MGUN, who released his debut album on Don’t Be Afraid in 2016.

Buy tickets here, and listen to Differ-Ent album highlight ‘GEM IN EYES’ below. Don’t Be Afraid’s next release is an EP from Semtek, his first for the label since 2011. 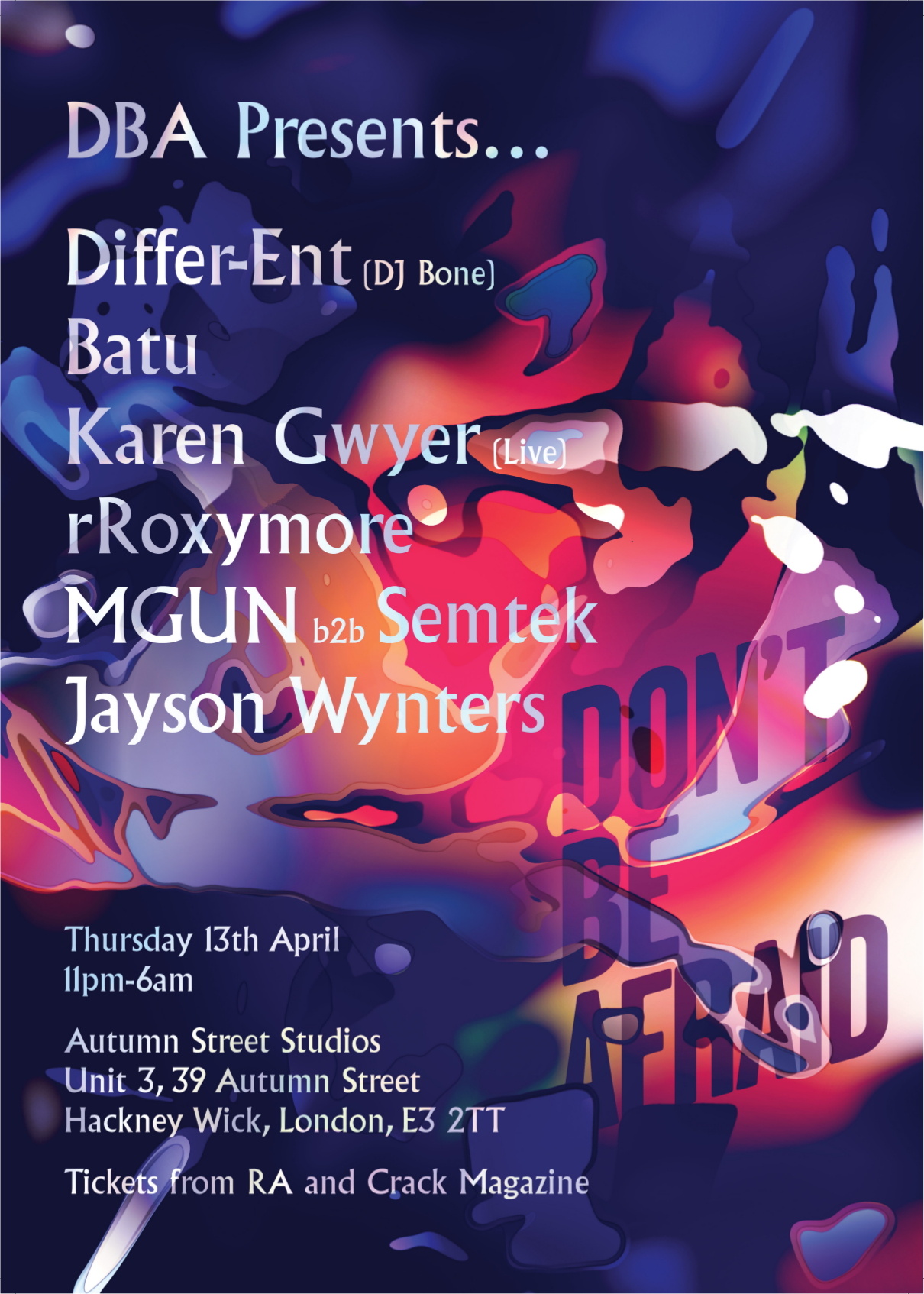