XOYO has revealed the full list of artists playing The Black Madonna’s residency at the London club this summer.

Derrick May, Ben UFO, Peggy Gou, Denis Sulta, Shanti Celeste, Mike Servito and Midland are among the names for the 13-week residency, which will also see The Black Madonna play three all-night sets.

As previously announced, each all-night set will each have a different theme. The Body Electric on April 7 covers early electro, EBM, industrial and techno, These Are The Breaks on May 5 centred around dub, hip hop, Miami bass and jungle and Love Is The Message on June 30 sees her play disco and house.

The residency starts on April 7 and concludes on July 2. Tickets can be found at the XOYO website. 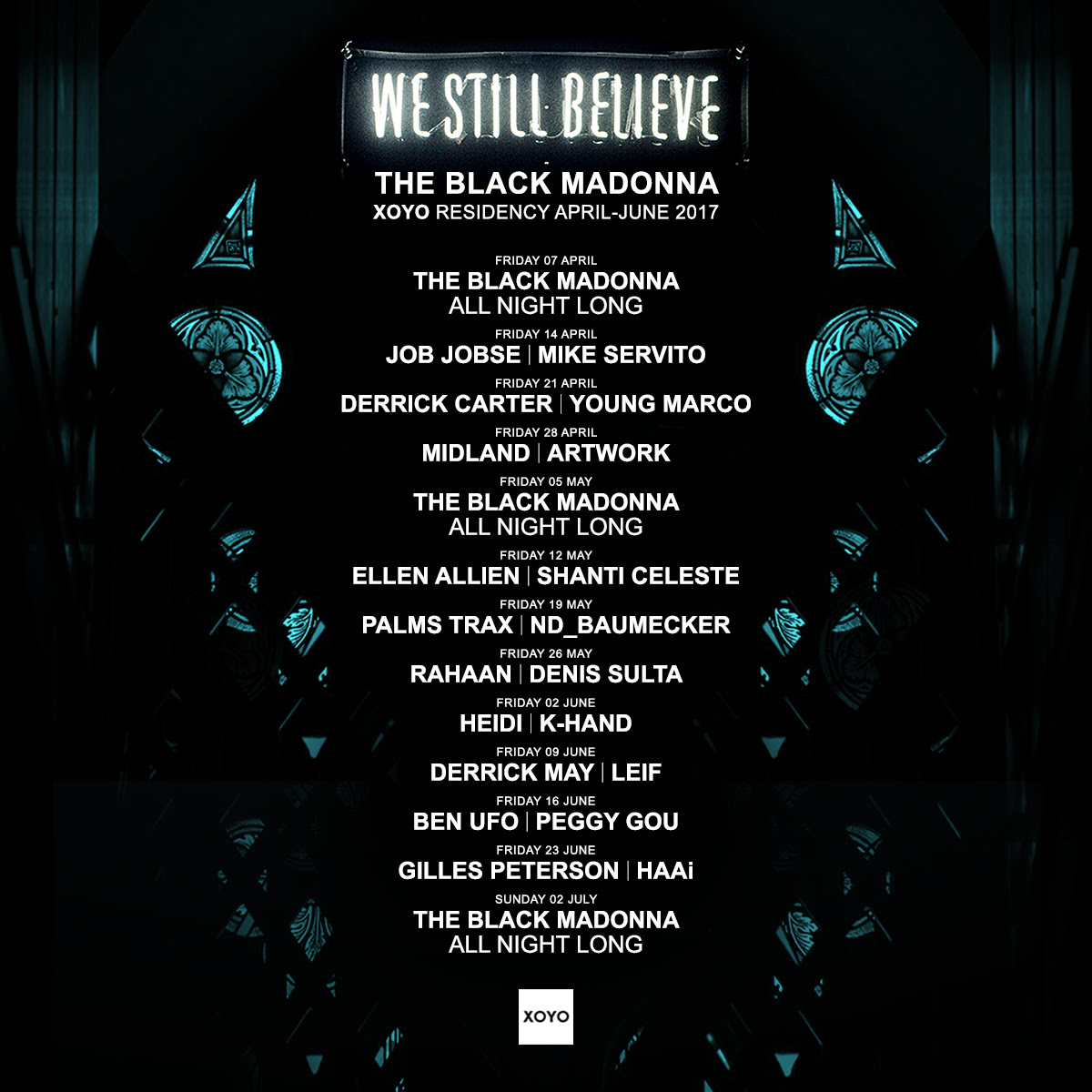