Featured Stories I By Scott Wilson and Chal RavensI 18.09.15 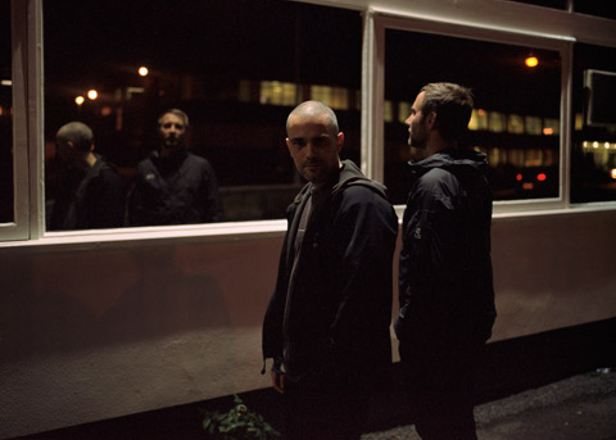 This week, it’s a four-hour influences set from Autechre, an collection of 80s-influenced bangers from Helena Hauff, the return of PC Music with the most grin-inducing selection since last year’s DISown mix and more.

Autechre don’t do a lot of mixes, so anything from them is going to cause a certain amount of excitement. When it’s a four-hour mix of early influences, it’s time to schedule a block of time during your day to make sure it’s given your full attention. The mix is primarily a chance for the Warp duo to dig into their collection of vintage 80s electro, with Man Parrish and The Beat Club rubbing shoulders with Newcleus and Kraftwerk.

PC Music’s mixes might actually be better than their singles, and A. G. Cook and Life Sim’s latest session is as barmy as you’d expect. God knows what would happen if you got a chopped-up Discarda, a pitched-up Wiley, Hannah Diamond and Rihanna in a mixology session together, but they all sound drunk as fuck here and it’s great.

Acolytes
Blowing Up The Workshop 51

Blowing Up The Workshop continues its fine run of mixes with another artist from electronic music’s avant garde. This time it’s Acolytes, a London-based figure with ties to Helm’s Alter label. Like last year’s self-titled album, it’s a mix of irregular rhythms and dusky textures, but set more in the context of a club mix, with tracks from Ornette Coleman, Gemini Copeland & Gast and DJ Firmeza being subject to what’s referred to as “stutter abuse”.

Aussie producer Strict Face has quietly released a run of superb music this year – ‘In Evergreen Pt II’, ‘Into Stone’, his Alice Deejay remix, his Finn remix, that VIP of ‘White Rovers’ that’s doing the rounds – and on his session for Dummy he tugs every heartstring, with new music by Yamaneko, Mr Mitch and more.

Helena Hauff’s taste for grisly, dystopian techno with a side order of tweaky acid and EBM melodrama makes her the kind of DJ you’d recognise from three rooms away. It’s not every day she rolls out a mix for the interweb, so this set of squelchy bosh-boshery from Powell, Broken English Club, Amnesia and more makes for a grubby companion to her sci-fi-indebted debut album Discreet Desires, released earlier this month.

Portland’s Best Available Technology is best known for his archival excursions on Astro:Dynamics and experimental techno on Opal Tapes. This mix for the vastly underrated Dimension Series shows he’s a pretty good DJ too, mixing up a blend of US techno sounds with dubbed out moods and brittle, hypnotic rhythms – much like his excellent productions.