The most influential figures don’t always get the credit they deserve.

Sometimes the people behind the scenes do all the groundwork only to witness some other cat take the credit and steal their thunder. Dutch producer Orlando Voorn is a prime example. He’s not a household name by any stretch, but he should be. Since the early 1990s he’s minted bombastic hardcore as Frequency, trance before the genre even existed as Format, and acres of vividly colourful techno both on his own and with Detroit mavens Juan Atkins, Kevin Saunderson and Blake Baxter.

He’s cut classics like the pummeling machine funk of ‘Flash’ under the name Fix for KMS, the archetypal 313 flavour of ‘Game One’ as Infiniti (with Juan Atkins), and tons more under a myriad of pseudonyms. He’s made beats for R&S, Metroplex and Third Ear, and he’s still doing it today, with his new album for Rush Hour, In My World, a vital addition to his enormous catalogue.

Voorn’s got a gift for melody. His subtle, lush arrangements are steeped in jazz, funk and ambience, making him almost an honorary member of the Detroit brigade. Born in Amsterdam, he moved to the Motor City in 2000 and still lives in America, currently residing in Seattle. Though he started out as a DJ, he’s mostly eschewed the practice to focus on production, but a recent burst of new activity, including 2014’s sterling Black Diamond album for Out-Er, suggest that he’s ready to hit the road again.

We spoke to Voorn about seven of his classic tracks, each of them reflecting a different facet of his talent, as he looked back on his roots in hip-hop, collaborating with the Detroit pioneers and how he accidentally made trance. 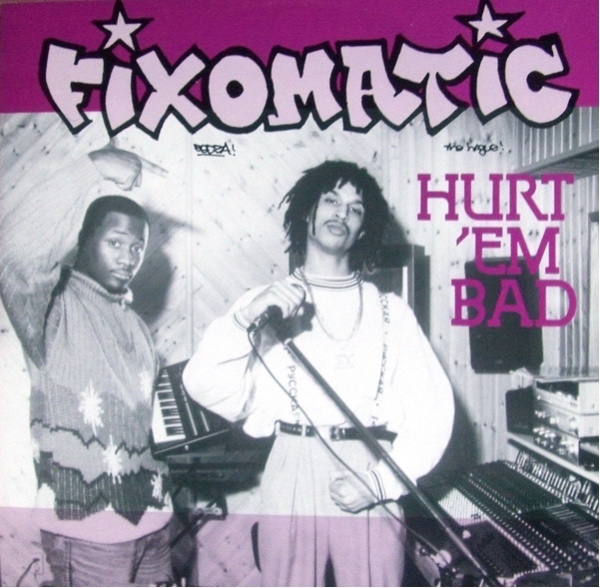 I was trying to do hip-hop and I was working in Holland. There was really nothing happening in Holland with hip-hop, it was so not the time to do it. I was a little bit too determined, I started to invest time with these rap guys. I had a bunch of problems with these guys too, because they thought money falls out of the sky. I got sick of the mentality. I distinguished myself from it, said, “You know what, I need to do something I can be productive in myself, and where I can just be serious about this stuff.” That’s when I started making these things. So you can hear hip-hop influences in these early records – there’s Big Daddy Kane, there’s a bit of Prince in there, there’s all types of samples from other records, and I put the stuff together because that’s how I knew to do hip-hop.

The major impact that came in my life was this man called Steve Clisby, he was in a band called American Gypsy [who had a big rare groove track, ‘Inside Out’, among others]. He was an American guy who was really good at playing chords and knowing the structure of chords. He thought I was uber talented but I needed to learn the structure of chords to get myself from that sampling world and take it further. I started to study him. You can’t be fucking up the programme by doing something and you think you’re doing it right. This is what I possess really well, intonation. It helps me a lot with this chord thing, because I can’t really play like a musician. This is something you just have, something you are just blessed with I guess. If you’re tone deaf, that’s the first reason to quit music. You should just make a drum track, because it’s never gonna work, you’re never gonna be able to create beautiful colours if you don’t know how to paint.

Funk is what I grew up on too. Every album by Parliament-Funkadelic, I had it. That’s what I was listening to. James Brown was immensely important to me. The funk got brought into hip-hop, into house, funk, soul, and all those things are majorly important because it’s an expression of the soul. 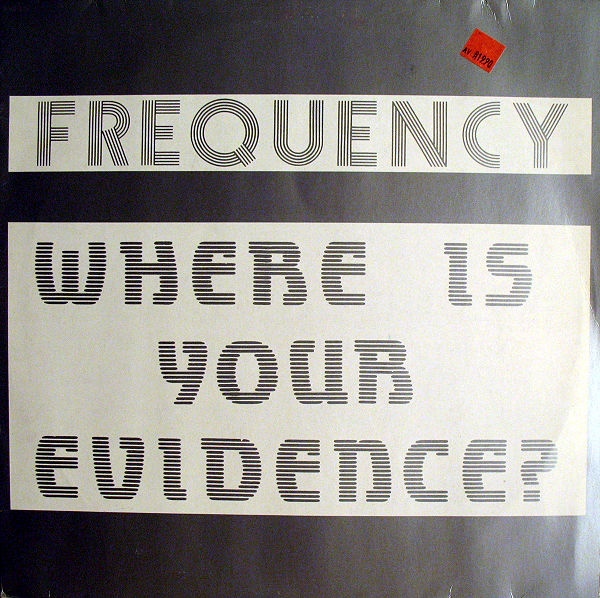 Frequency
‘Where Is Your Evidence?’
(Lower East Side Records, 1991)

My biggest inspiration at the time was Joey Beltram. These guys came out with styles and sounds so profoundly mixed. When ‘Energy Flash’ came out I was like, “Wow!” Then later when he came with ‘Mentasm’, that blew me away. I thought, “That’s exactly what I want to do.”

That’s how I came up with the inspiration to make ‘Kiss The Sky’ really. It was the hardcore period. I was young, I was rebellious. I was more into the harder things than the song things back in the day, and now it’s a bit the other way around. But when you’re young you want to go out and have that energy. There were a lot of things going out that were so interesting and so fresh, like Suburban Knight’s  ‘The Worlds’ – completely dark and deep and sinister, and funky. All in the same sentence! 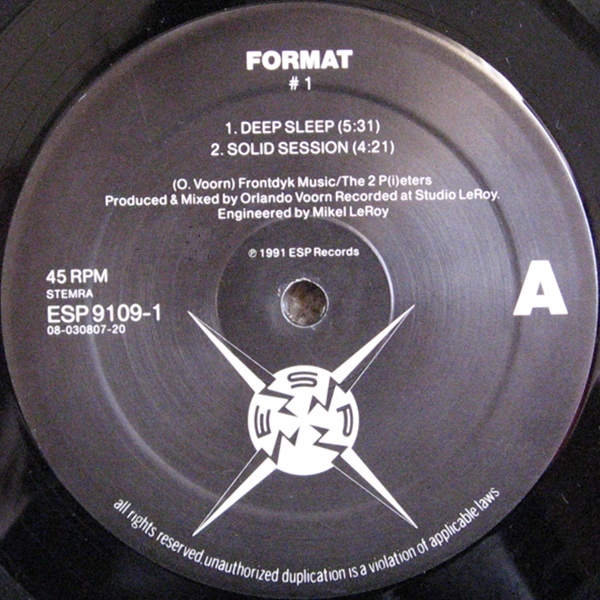 When I made this I obviously wasn’t thinking about trance. Derrick May came into my life through a friend of mine, who said, “You’ve got to listen to this because I think you’re going to like it.” I was inspired by Derrick May’s type of basslines, but mostly inspired by Dimitri and Eric Nouhan, who ran Be.S.T Records. It was a little label and there were some amazing records that they made together. One of them was Alice D in Wonderland’s ‘Time Problem’. The combination of the two, and putting myself in it – ‘Solid Session’ came out of it. I wanted to make something that those DJs could play.

It’s true that ‘Solid Session’ was a foregoer of trance, but when trance came in I was mortified by it because that was not what I was going for. I got really irritated by that whole sound. In every genre you have some pretty records, but the whole thing that became popular had that annoying sound that got my nerves shot.

I remember I was in London and I had to play at Ministry of Sound, and before me was Paul Oakenfold. When I had to listen to this… music or whatever you want to call it, and I couldn’t take it! I had to go outside. I was so disorientated at that point. Everybody seemed to love that sound. I thought, my god, is that the life I chose? At that point it was necessary for me to understand, where do I fit in? Where do I want to be? There’s nothing worse than to be misplaced as an artist.

Once I was booked to play as Format at a rave party. It started out with gabba, 180bpm. It didn’t get any lower. When I started playing it cleared the whole floor. The boss who had invited me to come and play said, “Can you please stop?” That was one of the moments where you start to evaluate. 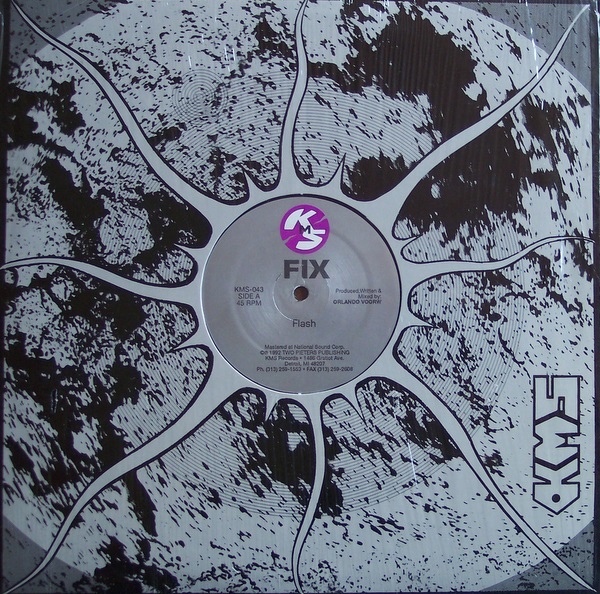 When I made ‘Kiss The Sky’ as Frequency, the two guys from the label were looking at each other and they were like, “You know Juan Atkins?” I was like, “You mean Cybotron?” They played ‘Kiss The Sky’ to Juan, he really dug it and they got him over. The next thing you know he was sitting in my room and we were doing the remix, Frequency vs Atkins. We did two takes – the first take was not good and then we started another one, started messing with the sounds. It was super-duper crazy. The vibe was really good.

At the time I had released ‘Solid Session’, I was called by a guy from a record store who said, “Blake Baxter is in front of me and his favourite record at the moment is ‘Solid Session’. He’s playing at the Roxy,” a big club in Holland. I went over there and met up with Blake, we clicked and I told him, “Shall we do something, do a project together?” I was always like that, if I saw an opportunity. It went down really smooth, I went over to Detroit for two weeks and we made two Ghetto Brothers EPs together. The first one came out after that first trip, and that’s basically how I ended up in Detroit.

Once I was there it was really easy because I got introduced to Michael [‘Mad Mike’] Banks, and he loved me because I was the quiet one. He was immensely popular back then from the Underground Resistance thing, and Robert Hood and Jeff Mills were in the same building. I came there and sat down and read a magazine. All of sudden I hear, “Yo, this motherfucker is cool as fuck! He’s not asking stupid questions about what equipment I use.” I was friends with Michael Banks really fast. He introduced me to everybody, to Robert, to Jeff. I was accepted. I met Derrick, I gave him tracks, met Kevin, gave him ‘Flash’.

I heard that George Clinton said of the sample [of P-Funk All Stars’ ‘Hydraulic Pump’], “That shit’s dope!” Later on I made a cover version of ‘Dr Funkenstein’ called ‘Dr Techno Funkenstein’ – it’s completely me but I flipped the track around. 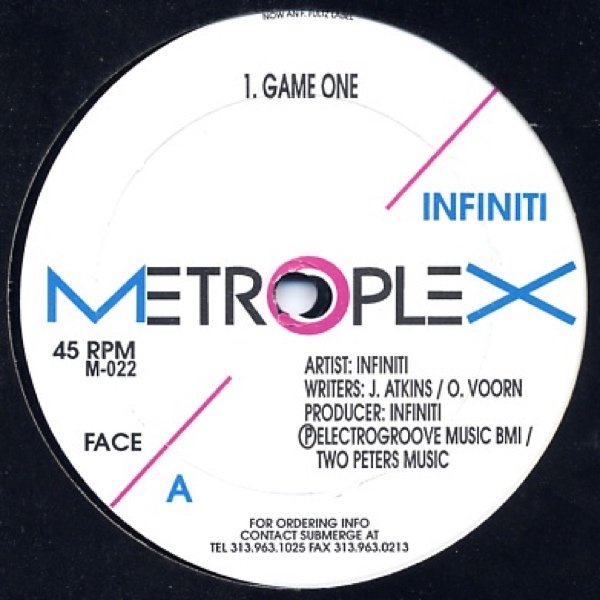 ‘Game One’ actually happened in my home studio in Amsterdam. Juan Atkins and I were there and he said, “Let’s fire some shit up, we got all this equipment here.” It was a very natural process, a 50/50 input in the record, that’s what you can call a collaboration.

When it was finished I gave it to Juan on cassette, because that’s what we were using back then, DAT cassette. He took it and called me about two days later and said, “Orlando this shit is hot! Can I put it on Metroplex?” I said, “Of course you can.”

I always enjoyed making tracks that aren’t geared towards the danceflloor, and it’s so easy for me too. It’s a natural thing. When Warp came out with the Artificial Intelligence series, Black Dog, it was incredibly inspiring – I always enjoyed stuff like that.