Few figures in electronic music are as notorious as Zomby. The artist’s spotty run of albums and 12″s is as unpredictable as his attendance record and his latest full-length sees him return to Hyperdub for the first time since 2008. DeForrest Brown explores Zomby’s evolution on Ultra, and his shifting relationship with the hardcore continuum.

Zomby is as elusive as ever on his fourth full-length, Ultra, a vague slab of meticulously-designed club edits, with little in the way of press information to aid clarity. Though the combination of an unsavory persona and a disinterest in producing a neat discography makes pinning down exactly what Ultra is about seem like a second priority, this point of derision is ultimately where we could start a search for meaning.

His relatively low-key return to Kode9’s Hyperdub imprint already creates a talking point. Many of the label’s more recent releases are staunchly political, from Fatima Al Qadiri’s critique of police brutality on Brute to Babyfather’s surreal sourcing of urban culture on the idiosyncratic BBF Hosted By DJ Escrow. Ultra, however, avoids this completely, instead rooting itself in the label’s support for music that’s strictly for the heads, immediately engaging with reference points that reach as far back as Hyperdub’s days as a webzine.

In the last few years, we have witnessed a time of reflection in dance music. The sounds of Simon Reynolds’ “hardcore continuum” – a lineage of music that began in the early 1990s with hardcore rave – have been utilized by Zomby and other producers to explore their own sentimentality for the era. Zomby instinctively searches through a stockpile of histories and experiences when he composes music, even when he means to just throw together a few loops. The perceived disposability of his output, however, highlights a general misunderstanding of dance music’s contribution to the art form. Ultra thusly binds itself to the formula of the hardcore continuum, slowly pulling those elements apart.

Electronic music’s tendency to tie itself to strict mechanisms like BPM (beats per minute) forms a language that communicates how a type of song can and should be used. In the case of Ultra, Zomby’s flirtations with UKG, grime, jungle and trap lays his interests and their histories on the table, making it his most personal statement since his 2008 debut album, Where Were U In ‘92, where he re-imagined the loose rave sound of his youth.

Opening track ‘Reflection’ outlines Ultra‘s compositional thesis. An echoing female voice states, “There are tools all around us, everywhere,” and asks, “What is a reflection?” It’s a gesture that presents the record as an excursion through dance music’s historical landscape, ground down to a boundless gravel by memory. Ultra‘s strength is how competently the well-known and well-documented UK genres have been placed on a sliding scale; though the elements have been distorted, Zomby’s tracks never land too far from the dancefloor.

In the years since Zomby’s emergence, several artists – Logos for example – have taken their own approach to the hardcore continuum, further stretching the limits of dance music. While these “deconstructed” club experiments can push familiar sounds into uncharted – and un-danceable – territory, Zomby has no such inclination. The blunt and overbearing bass groove in ‘E.S.P.’ – a track that sounds not unlike Zomby’s occasional collaborator Actress, circa R.I.P. – completely disregards structure but presents itself with purely mechanical competency. The nature of hardcore is shown to be seemingly irretrievable, buried under enormous heaps of rubble. 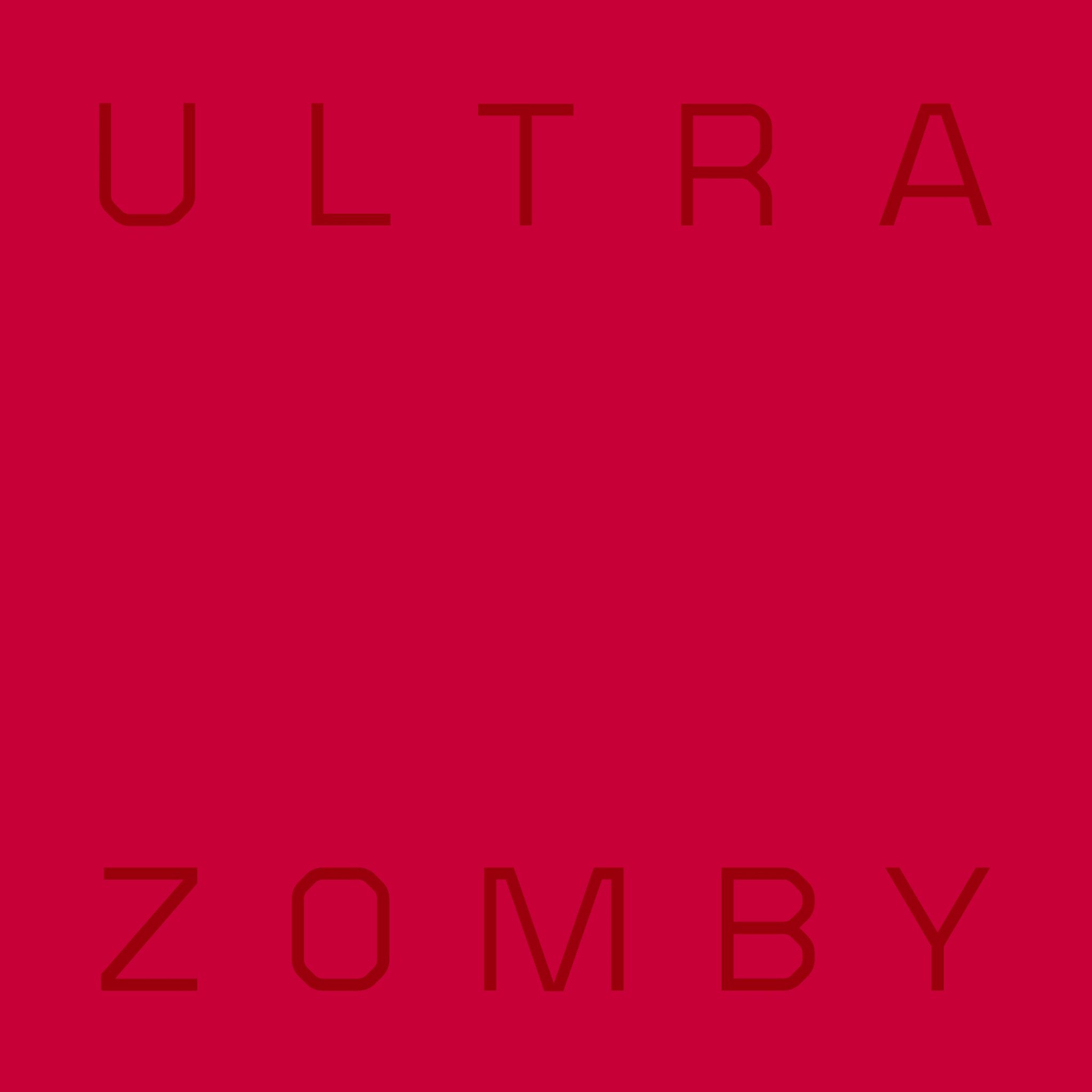 The disembodied ghetto house of Burial collaboration ‘Sweetz’ leans heavily on cinematic scrapes and gravelly sounds. Through the application of Burial’s much favored vinyl crackle and vaporous edits, ‘Sweetz’ positions Zomby’s discardable content as an object covered in familiar debris. The words, “Got me fucked up” tumble through a haze of pitched-down reflections, reversed kicks and dissociating edits. The brash and confrontational elements of ghetto house play well with the ethereal desperation of trap, all of which are smothered by the degraded sonic environments of jungle. Laid across a flat space, looped and toiled, the underlying percussion and application of foley-like samples offers a harsh structural reset. These two musicians – both known for their faded memories of the hardcore continuum – now drag in the gritty details of the less-than-euphoric exterior of the club.

More than a deconstructionist, Zomby reassembles parts in a functional way. Any number of Ultra’s tracks could be dropped into a DJ set, and greatly elevate the textures of the whole. Zomby’s “throwaway” qualities may not be a fault, but rather shows a mind unafraid to reduce structures down to their essential parts. That micro-level thinking often makes for good satire of the very nature of DJ tools – objects that are intended aid other compositions. The apparent logic in Ultra’s tracks are not unlike the ideology of remixology. Hilariously, Zomby’s tracks’ incompleteness and his supposedly incorrigible personality reflects his dedication to the form and the distance that a foggy memory affords.

Where Ultra succeeds is in its jaded romanticism for a long-gone era, its vignettes a haunting reminder of the lineage of UK club music. Despite this, a considerable gap is left between Zomby and the hardcore continuum; he incessantly mines its seam for material but doesn’t appear to have any interest in pastiche. There is a chain of repurposing and re-examination littered throughout dance music that ultimately speaks to its own ability to be modified; Zomby, almost in spite of his formative experiences with jungle and hardcore, abuses those gears of modification and instead creates small trinkets that a listener can either take or leave.