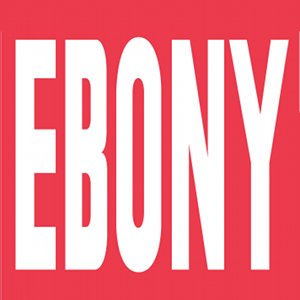 “I went out with a rich white girl from Islington, and she told me it was ‘fine art’,” said Dean Blunt of his music in a recent interview. Postmodernism as an aesthetic ideology may have fallen out of favour in the past decade or so, but the unstable, fragmentary, mocking-yet-deadly-serious schizo-aesthetic of Blunt and partner in crime Inga Copeland still seems to fascinate and surprise. What does that say about us, their fans and admirers? Probably, to be honest, that we’re a good few years behind the times. Regardless, the success of Hype Williams lends weight to a rapidly crystallising truism: that the cut’n’paste logic at work in “postmodern” art is now – thanks to the internet – just a fact of everyday existence. Blunt and Copeland don’t shrug on these techniques like an outlandish piece of clothing. They live them – and we wouldn’t have it any other way.

Still, the duo’s antics – the smirking half-lies, the obscure stage capers – might be entertaining, but they’re by no means the most interesting thing about this so-called “art project”. That, lest we forget, is the music. Over a confusing array of releases, Hype Williams have built a unique language for themselves, pretty much dysfunctional when viewed through almost any pre-existing aesthetic lens you care to name, but savagely compelling on its own terms. There are those clotted, broken harmonies, presumably derived from the parallelism of a standard synth keyboard (let’s play all the white notes); the gleeful collaging of culture detritus – hints of r’n’b, grime, jungle – in a way that seems to oscillate confusingly between critique and homage; and a soundworld rendered from an increasingly familiar cast of synth presets, drum machine loops and vocals forced through the diaphragm of a cheap mic.

All of which are in evidence, to some degree, on Black Is Beautiful. In fact, the duo’s fourth album might be their most accomplished release yet, but in a world where practiced ineptitude seems to yield more fascinating results than schooled “technique”, is that really a good thing? At points here, Blunt and Copeland almost – God forbid – play it straight: ‘Track 02’ (all but one of the tracks are untitled) is a cover of Donnie and Joe Emerson’s ‘Baby’, Copeland’s tremulous, perfectly imperfect voice rendering the lyrics with surprising faithfulness. ‘Track 03’ is the first instance of a seedy digi-dub jam that recurs three times throughout the record, each iteration thickened out with successive banks of chords and percussion. Taken together, the three function almost like a series of studies – though I somehow doubt Blunt and Copeland would use the term. The majority of tracks here are under three minutes in length, but rather than jostling up against each other in fractious disharmony, they’re given ample space to breathe, bookended with leisurely fades and generously distributed silences. The result is reserved rather than disorientating – reverent, almost.

Really though, any fears that the duo might have taken music theory lessons and hired a professional studio are, thankfully, unfounded. The result of Black Is Beautiful’s fractionally more streamlined presentation is that we’re encouraged to hone in on the finer grained strangenesses of this music. Certain fascinations recur. In ‘Track 04’, piano and synth flourishes are microtonally out of tune, sparring over a rich, smoky bed of tom hits; it’s a kind of unsettling pastoralism that’s repeated in the gorgeous, lugubrious ‘Track 08’, and in the dry, bell-like repeating tone which binds together the closing track. Elsewhere, Copeland’s voice is placed seductively front and centre: singing in a foreign language (Russian, can we presume?) in the uplifting ‘Track 05’, and whispery-sweet in ‘Track 11’.

Ultimately, this is music built through play – melodic lines wander out uncertainly, feeling their way into the unknown; structures unfold unevenly or else sputter to a halt in knots of dissonance. The result is a collection of intriguing, often beautiful miniatures – gems to be cherished and enjoyed, sonic curiosities that reward repeated listening. That is, except for ‘Track 10’ – a hulking dub epic that nudges up against the ten minute mark, wending its way through a claustrophobic landscape of nauseating feedback and Copeland’s barked, distorted vocal. It’s a thorn in the side of this album, tilting the whole thing off balance – but then where would Hype Williams be without throwing in the odd curveball every now and then? We should have accepted by now that asking “why?” is a fruitless exercise. Puzzlement can be fun too.