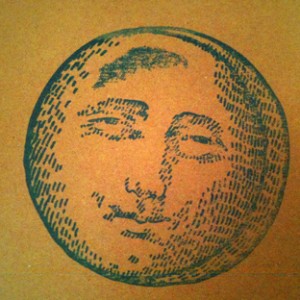 This year saw the hosts of some of New York’s finest weekend festivities branch out into the business of running a record label. With Anthony Naples’ Mad Disrespect EP, the oft-celebrated Mister Saturday Night (‘The Mister’ being Messieurs Justin Carter and Eamon Harkin) effortlessly brought the understated and soulful vibe that defines their parties into a physical entity – house music that you could not just feel, but touch. It was a logical step for Carter and Harkin who, since beginning the MSN project back in 2008, have continually demonstrated their passion for making people dance, feel good, and perhaps most importantly, feel part of something. That sense of involvement is what has long set them apart from your standard house night, and is what arguably links Naples’ EP closest to The Mister’s second release, the debut 12” from fellow New Yorkers Archie Pelago.

In the relatively short space of time Cosmo D, Hirshi and Kroba have been operating together as Archie Pelago, they have proven to be nothing short of a hack journalist’s nightmare. Unfortunately for today’s Newspeak-leaning writers, it is a discredit to the band’s efforts to attempt to condense what they are doing into a buzz word, be it ‘jazzstep’, ‘brass house’ or, god forbid, ‘organic techno’. At the most basic level, the trio’s music combines live instruments (cello, sax and trumpet; sometimes vocals) with various electronic music-inspired elements programmed in Ableton (percussion, effects, samples, bass – the usual suspects). Yes, the classically-trained-musician-meets-dancefloor approach isn’t extraordinary by itself – indeed, it’s the sort of premise that unfortunately screams ‘novelty’ thanks to countless half-baked efforts from artists with more ego than taste – but one need only look to the work of say, Floating Points or Four Tet, to understand how powerful it can be in the right hands. Archie Pelago are among the exceptional few to hit that sweet spot, and they continue to do so with aplomb on MSN002.

Opening with the pulsating ‘Brown Oxford’, the group continue to draw from a handful of bass music tropes in their instrumentation and song-structure. Here, it’s Untold-esque minimalism as Cosmo’s cello arpeggios, which melodically oscillate from the optimistic into the somewhat sinister, are met with Kroba’s softly hanging stabs of sax, rolling drum fills and instances of inexplicable electronic weirdness. The appreciation of space and air is impossible to ignore; it’s almost as if you can breathe the very same oxygen displaced by every cello string plucked. Likewise, on the final section of ‘Frederyck Swerl’, space becomes an instrument in itself, channeling eyes-down dubstep into an unashamedly emotional and cinematic environment that’s more Central Park than small pitch-black club room.

That last line may give the impression that Archie Pelago have removed themselves from the bustling dancefloor that defines Mister Saturday Night completely. Rest assured, that’s far from the case. The band’s live elements on ‘Alice’ are intoxicated with swirling effects, settled only by a constant rhythm somewhere between 2-step and UK Funky which gently and inconspicuously reaches the sort of elation reserved only for 1AM. And although ‘Frederyck Swerl’ occasionally evokes situations more likely to be experienced by characters in sentimental films than those occupying a sweaty club room, it remains – like every track on this EP – rooted in creating that universally accepted ‘feeling’ associated with the most enjoyable dance music. Ultimately, despite the complicated recording process, this is music tailored exclusively for the social gathering – a catalyst for people to interact with each other and temporarily free themselves from their ordinary lives. What else are Saturday nights meant for?