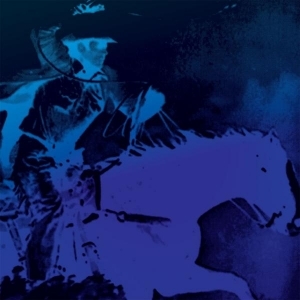 The prospect of a collaboration between Tim Hecker and Dan ‘Oneohtrix Point Never’ Lopatin – two major figures in, for want of a better term, ambient music of the past decade – is an intriguing one, the sort of unexpected-but-obvious pairing guaranteed to prick up ears in both camps. But before we move on, I should set out my stall. There’s no denying the exceedingly fine line between, say, the rippling synth jams that sprawl across Lopatin’s Returnal and the magniloquent textures of Hecker’s Harmony In Ultraviolet. Which makes it difficult to explain why I find Lopatin’s output so poignant and surprising while Hecker’s strikes me as almost unceasingly bland, maudlin and pompous.

Perhaps it’s a generational thing: Hecker’s post-techno ambient-into-noise constructs, put out largely through Kranky and Mille Plateaux, seem to stem from that early 2000s moment when epicness could conceivably be un-ironic; when ambient music could, and should, refer to nothing but itself, and when the ever-expanding possibilities of the laptop implied that music ought to sound increasingly smooth, effortless and powerful. Lopatin’s music, on the other hand, comes from a later place; one which we still to a great extent find ourselves in. It sifts through the cultural detritus of the past, looking for abandoned meanings, suggesting new futures. It is an archivist’s music, but it’s far from calculating. In fact it constantly strives for sincerity, even if it’s often stymied by its own self-awareness: a struggle that has supreme resonance for a generation brought up on a diet of YouTube instant access and Tumblr hyper-referentiality.

It’s difficult, then, to imagine how a collaboration between the two might sound – but therein lies the potential for unexpected brilliance. The starting point forInstrumental Tourist was apparently a suite of “Instruments of the World” presets; cliched, kitschy signifiers of a newly globalised earth that our protagonists sought to rehabilitate, “scrub[bing] away the cliche [to] see if they were salvageable”. The concept may be distinctly Lopatin-esque – the rummaging through cultural detritus, the reclaiming of the discarded crud of past optimisms – but in practice it’s buried deeply, only evidenced in track titles (‘Whole Earth Tascam’, ‘Grey Geisha’) and the occasional bust of panpipe surfacing from the soup of Heckerian distortion and Oneohtrix Juno-60 noodlings. In reality, this is a collision of aesthetics painted in far broader terms – what feels like an album-length attempt to find common ground, with sadly limited success.

Opener ‘Uptown Psychedelia’ sets the tone: the anguished neo-classical chord progression riddled with oblique distortion is likely Hecker’s, the delicate Juno fiddlings Lopatin’s; the two spar and wrestle erratically, struggling to find a sense of consistency or forward motion. It’s a heady mix, but not an entirely convincing one. ‘Intrusions’, as the name suggests, thrives on a similar process of disruption, tortured blasts from Hecker’s machinery competing with Lopatin’s sheet-ice chords – a combination which would perhaps work better if the two seemed to bear any relation to one another whatsoever.

There are, in fairness, more effective moments. ‘Vaccination (For Thomas Mann)’ transplants the faintly ecclesiastical harmonic language onto a palette of synthetic voices and, musical resources sufficiently narrowed, the pair are able to craft something genuinely affecting. The two-part ‘GRM Blue’ is a rare moment of timbral clarity, pairing taut, sour chords with the requisite Juno maunderings, to pleasingly ambiguous effect. But too often this record is, if not downright poor, then simply stodgy, unappealing: a meeting of two musical worlds which may share superficial characteristics, but whose underlying philosophies are fundamentally incompatible. Credit to the pair for trying, but Instrumental Tourist is unlikely to be viewed as anything more than an unimposing footnote between solo records.