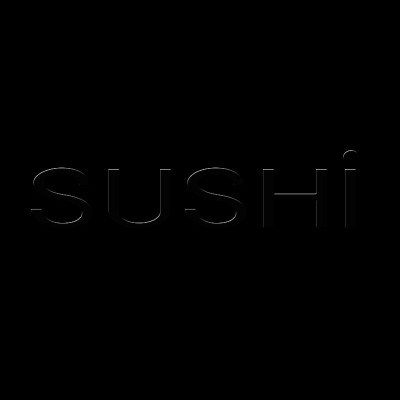 “Sushi is designer, Sushi is my obsessions, my darkness, it’s just my life squeezed into my music” – James Ferraro

Ever soundbite conscious, It’s incredibly easy to imagine James Ferraro embellishing a really quite normal lifestyle with as much Zoolander outrageousness as possible. It is, of course, part of what makes him an interesting and infuriating artist. However, while those incensed by Ferraro’s divisive 2011 album Far Side Virtual and subsequent, at times even more ridiculous pseudonym projects will probably be irritated by Sushi too, the effect is likely to be less so; it’s unusually digestible.

Eschewing previous extremes, on his latest release it seems Ferraro has climbed down from the grotesque bombast of BEBETUNE$, worked through the tamer, if just as fitful BODYGUARD, and is now far more focused on what r‘n’b and hip hop have to offer than what he can inflate through satire and manic reverence. Having found a useful metaphor, Sushi neatly encapsulates the sound of the record, seizing upon the strange fascination Western culture still levels at the unique elements of Japan; the adoption of certain cultural traits, like sushi, microtechnology and intensive design, while more accepted today are still considered exclusive, even elitist.

The result sounds like Ferraro has been listening to a lot of Mike Will, Ryan Hemsworth, Mykki Blanco, Kuedo, Late Nights With Jeremih and, most comparably, labelmates Nguzunguzu, though there appears to be an attempt, whether intentional or not, at creating a distinct sound signature similar to the trademarks of revered producers, rather than simply cramming in as much of what is on Ferraro’s mind at any one time.

Rave and horn stabs, re-pitched vocal chirrups, time-stretched diva vocals and rattling hi-hats (though none of a BEBETUNE$ intensity) all clamour and fall over themselves for attention, but in a surprisingly controlled manner for Ferraro. Sure, it’s messy too, but not as much as, say, Otto Von Shirach’s Maxipad Detention. The oddest element is definitely the abundance of synth chimes and bell tones providing a distinct patience very reminiscent of Mark Fell. At first it’s difficult to envisage anyone actually playing these tracks in a club, especially as the production quality isn’t overly professional. But things get weirder as the album progresses and it quickly becomes more like, well… a ‘normal’ record.

Opener ‘Powder’ is strong, but it’s at track six, ‘Lovesick’, that the record hits its stride.  From here, ‘E 7’ (probably not a shout out to Forest Hill) has every potential to be a serious weapon if voiced by someone like Main Attrakionz; ‘SO N2U’ is a strong NY / Philly referencing house track, ‘Condom’ sounds like a hip-hop Drexciya, and the updated ’80s ballad sound of ‘Bootycall’ sounds like something that could be released on Software.

For all the curveballs that Ferraro has persisted in throwing to date, Sushi is probably the straightest – and therefore probably the weirdest too. Simply by showing that he can produce an album where over half of the content shrugs off his syncretistic ‘outsider’ character and engages fully with the influences and ideas at hand, it’s an interesting change of direction, and arguably a good one too. Give it a listen, you might be surprised.