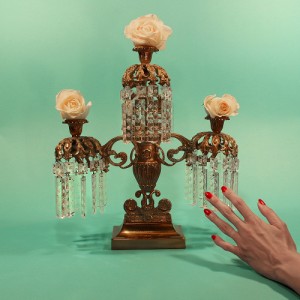 The press release for Tropic of Cancer’s debut album proper, Restless Idylls, opens with a few lines from British confessional poet Stevie Smith. “I do not ask for mercy, for understanding, for peace,” it reads. “And in these heavy days I do not ask for release / I do not ask that suffering shall cease.” In isolation this might seem like an expression of stoicism. But a glance at its parent poem suggests that it’s more an articulation of that curious feeling of being ironclad in your own grief; that moment when you come to inhabit your unhappiness so thoroughly that you would feel naked without it. Or, as Smith puts it, “Now I am strong and lapped in sorrow / As in a coat of magic mail.”

It’s difficult to think of a better expressive analogue for the music of Tropic of Cancer. The LA-based Camella Lobo talks of her output as a tribute to “people who have passed away in my life, both literally and figuratively”. Her lyrics, half-lost in a post-Minimal Wave gloaming of funereal drums, spindly guitars and dry-ice synths, deal with “loss, […] mortality, love and all of those bleeding into one another.” It’s heavy stuff, and unashamedly romantic in disposition. In ‘Hardest Day’, the artist’s serotonin-depleted moans are accompanied by a jauntily swung beatbox rhythm, like a Casio keyboard demo setting soundtracking a funeral. It could almost be a cruel joke. What salvages it – and indeed all of Lobo’s music – is that we know she is deadly serious.

In fact, Lobo has described this record as an attempt to move away from the themes of “sadness and depression” that have characterised past work for Downwards, BEB, Ghostly et. al, so as to “emphasise the light” in her music. It’s difficult to believe this line entirely – particularly when track titles like ‘Plant Lilies At My Head’ are involved – and these eight tracks never stray too far from the entrenched Tropic of Cancer aesthetic. But there are subtle, poignant shadings of dark and light to them – in places even a tentative optimism – that make Restless Idylls a more psychologically complex, absorbing record than any of its predecessors.

Take, for example, lead single ‘More Alone’: it’s Lobo at her most energised, but it swoons rather than snarls, those pungent synth washes seeming to glow with a warm light. ‘Children Of A Lesser God’, meanwhile, is a shoegaze pea-souper, dense but irrepressibly dreamy. And the aforementioned ‘Plant Lilies At My Head’ is utterly wonderful. Granted, there are moments where Lobo resigns herself to trudging along in the gloom – ‘Court Of Devotion’, say, or the somnolent drum tattoos of ‘Wake The Night’ and ‘Rites Of The Wild’, each faintly reminiscent of fellow BEB signings Raime and Black Rain. These moments may be a little less affecting, but they feel necessary to balance the whole. Only ‘The Seasons Won’t Change (And Neither Will You)’ feels slightly extraneous. Otherwise, Restless Idylls is all we might have hoped for in a Tropic Of Cancer LP.