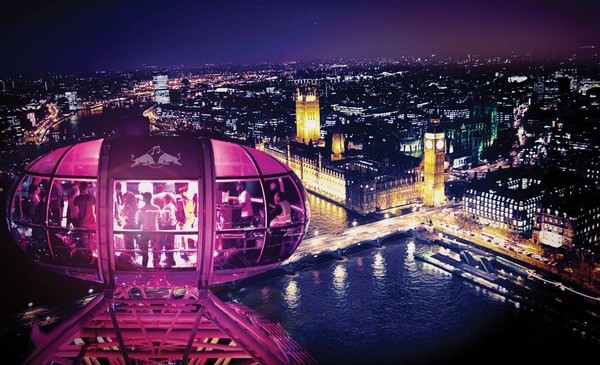 Taking over the landmark on the evening of November 14, Red Bull Revolutions in Sound will see each of the wheel’s capsules hosting a different club night from the past three decades, from Manchester’s proto-superclub The Haçienda to contemporary hotspots like Corsica Studios and Fabric.

There’ll also be a silent disco on ground level with 2000 guests able to tune into the music from any capsule.

All 30 capsules will be broadcast simultaneously on the Channel 4 website in the UK and globally on Red Bull’s YouTube channel.

For more details and tickets (on sale from 10am on Thursday, October 10), head here. All proceeds will go to the Wings For Life charity.

Watch a video of last year’s event below: