The Room Where I Belong 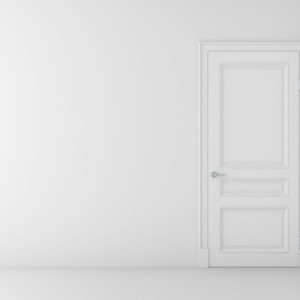 Although 2013 was a relatively sparse year for Mr Mitch releases, the grime producer and owner of Gobstopper Records has been anything but quiet while out and about. As part of London’s Boxed club night he has been showcasing new instrumental grime dubs on a regular basis, and now jumps back in to round off the first quarter of 2014 with The Room Where I Belong.

Its entrance, ‘The Man Waits’, is up to the time, a perfect encapsulation of the zero-gravity approach that has grown in the recent revival of Wiley’s devil mix style (think Logos, Visionist, et al). The purposeful naïvety of a lullaby melody, faded square waves, a floating bass, distorted kick blasts, everything spinning slowly like a mobile. It’s also rendered at the top end of the independent producer spectrum: a screw-faced pop-gloss, clean and bright, but wavering and trembling around the edges.

However, its standout feature is the inspired used of respirator breathing – perhaps lifted verbatim from 2001: A Space Odyssey, if the track’s video is anything to go by. ‘The Man Waits’ quite literally inhales and exhales as it goes, a simple addition, but one that works wonders when interacting with the bass and kick tails.

The rest of the EP is noticeably less compacted. ‘Pipe Dreams’ is subdued, almost reticent, a sad square bass talking to itself as camera shutters flit around its head. It’s really quite lovely, although the counter melody, voiced in a similar timbre to the bass, gets a little lost.

This poignancy continues on ‘The Lion, The Bitch and The Bordeaux’. A long strand of a tune – Deadboy on a Skype call to the ISS – it feels bare, an interesting ‘proto’ something, perhaps waiting for the next development in a sound. ‘Bowser’s Snout’ rounds things off with a straight up club piece that still manages to slip something unusual in. It shouldn’t have any surprises really – detuned Wiley bass, arpeggio synths, yelping vox, frantic pistol-cocking – but the fills break into stuttering and repeating unusual for the style, a mixture of vintage Miami bass SP-12 hammering and, uh, grindcore. And, for added interest, there are also no actual gun shots…slightly spooky, in a way.

The Room Where I Belong is a solid EP; while ‘The Man Waits’ is strongest by a some degree, every track has an unusual feel to it, which in turn gives them character. And with ideas like this now appearing on his Soundcloud, hopefully this odd streak will only get more nuts in future.