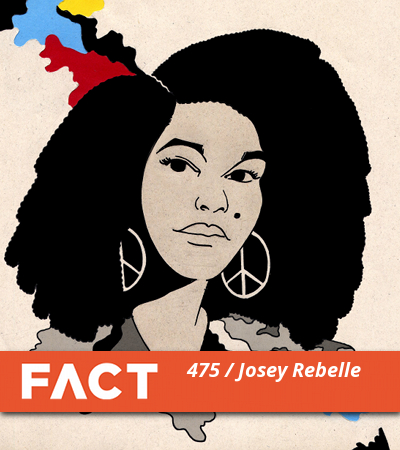 On the day that the king of soul returned, we present a mix by one of its modern-day queens.

When we ran down our list of 100 Underrated DJs Who Deserve More Shine, we didn’t just include Josey Rebelle, we made her the face of the feature. A resident at London clubnight Nonsense, there’s no grand backstory to Rebelle – she’s simply a very, very good DJ, who’s able to both set the pace of a night or take it to its peak depending on her role on the line-up.

To be able to be as good a warm-up DJ as you are peak-time, you generally need to have one hell of a record collection, and it’s something that Rebelle shows regularly on her three-hour Rinse FM show. Like fellow Rinse resident Alexander Nut – whose show she semi-regularly guests on – on any given day you could find Rebelle spinning quiet storm, funk, disco or crunching bleep techno. She’s capable of show-stopping blends – there’s several on this mix – but ultimately, selection is key with Rebelle, and she’s as good as anyone at playing tracks from the edge without losing the momentum of a crowd.

If you like what you hear, you can find Rebelle spinning in Fabric’s Room 2 with EZ, Scratcha DVA, Moxie, Klose One and Mella Dee on December 19, while Room 1 sees Mssingno, Deadboy and Barely Legal supporting a Tropical showcase with Skepta, JME and co. For tickets, head to the Fabric website.