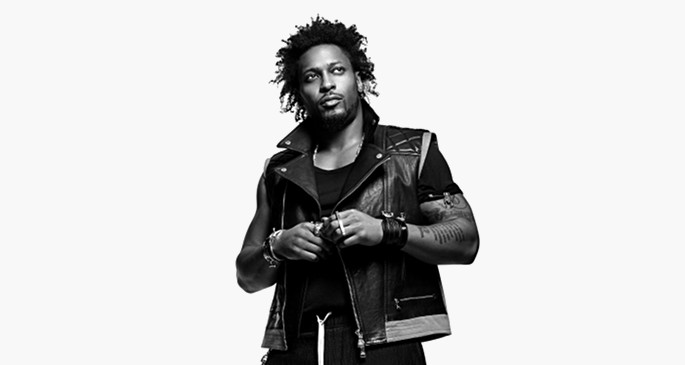 Just days after news broke that D’Angelo would be releasing his first studio album since 2000’s Voodoo, the long-awaited Black Messiah album has arrived.

It features lyrical contributions from Q-Tip and Funkadelic’s Kendra Foster while ?uestlove of the Roots, bassist Pino Palladino and drummer James Gadson play on the album.

D’Angelo had this to say about the concept behind Black Messiah:

“‘Black Messiah’ is a hell of a name for an album. It can be easily misunderstood. Many will think it’s about religion. Some will jump to the conclusion that I’m calling myself a Black Messiah. For me the title is about all of us. It’s about the world. It’s about an idea we can all aspire to. We should all aspire to be a Black Messiah. It’s about people rising up in Ferguson and in Egypt and in Occupy Wall Street and everyplace where a community has had enough and decides to make change happen. It’s not about praising one charismatic leader but celebrating thousands of them. Not every song on this album is politically charged (though many are) but calling this album Black Messiah creates a landscape where these songs can live to the fullest. Black Messiah is not one man. It’s a feeling that, collectively, we are all that leader.”

Scroll down to read a note from the singer about the concept behind the album, and read some of the album’s politically charged lyrics over at Billboard.

Update: There’s a vinyl version due on February 10 (they have a pre-order up here, and confirmed to us that that Sony emailed stores today about it). Final specs are TBD, but it’s listed as single-vinyl release.

Black Messiah is available now through iTunes. You can check the full tracklist and stream it via Spotify below. 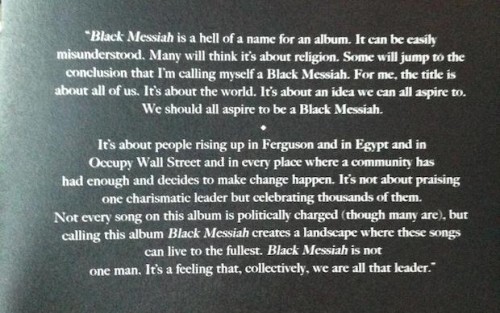