Featured Stories I By Laurent FintoniI 13.03.16

DOOM and Ghostface to perform as DOOMSTARKS at SXSW

Will they, won’t they?

Let’s face it, at this point in rap history, a DOOMSTARKS album – aka Wu Tang’s Ghostface Killah and (formerly MF) DOOM – is more likely than another Madvillain effort. After years of rumours, there are growing indications that DOOMSTARKS may be happening.

Last month, Ghostface shared what could be a cover for the album. Bear in mind, the album was due last month according to the MC. Instead we got a .jpg.

And now, SXSW Takeover have announced that DOOMSTARKS will perform in Austin on March 17 as part of a New Era and Hypetrack showcase. What’s more they’ll be joined by Jay Electronica. So that’s three MCs known for their unreliability on one bill. Should be interesting.

You can see the full flyer below and, should you be in town, RSVP here.

Update: as a few people have pointed out, and we forgot to mention at first, the DOOMSTARKS show is billed as ‘live from the other side of time’ which could well mean that DOOM will not be there in the flesh. He has, after all, been unable to return to the United States since 2010. 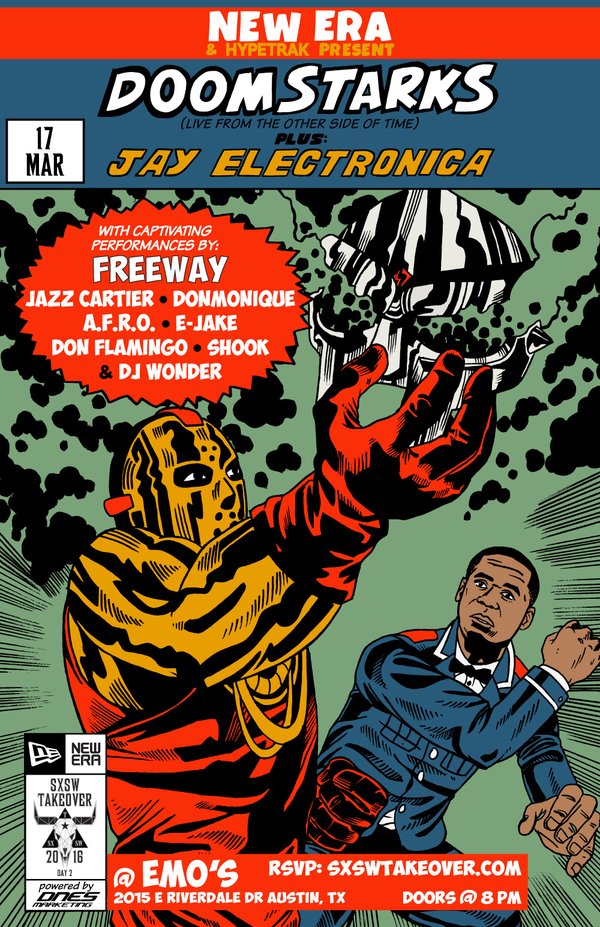