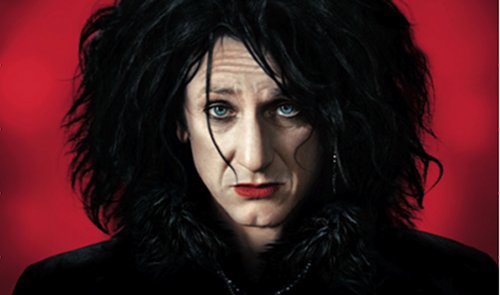 The Vinyl Factory’s latest special edition comes in the form of David Byrne’s soundtrack to This Must be the Place.

Directed by Paolo Sorrentino and starring Sean Penn as a washed-out goth pop star [above], the film looks set to become a cult classic. Its soundtrack features five new songs, composed by Byrne (frontman of Talking Heads and generally indisputable musical legend) and written by Will Oldham (a.k.a. The Pieces of Shit), as well as numbers by Jonsi & Alex, Iggy Pop and Gavin Friday, and several covers of ‘This Must be the Place (Naive Melody)’, the Talking Heads song that lends the film its title.

Pressed on heavyweight gatefold vinyl, this collector’s edition of the soundtrack features iconic images from the film, and the following tracks spread across four sides of the black stuff. It’s available to pre-order now, and released on April 23. The film, meanwhile, is out this Friday, April 6.

Side D
1. Brooklyn Rider ‘Achille’s Heel – Il Second Bounce’
2. The Pieces Of Shit ‘If It Falls, It Falls’
3. Gloria ‘This Must Be The Place (Naive Melody)’
4. Nuno Bruno E Le 8 Tracce ‘Every Single Moment In My Life Is A Weary Wait’
5. The Pieces Of Shit ‘The Sword Is Yours’