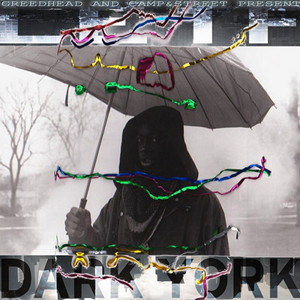 The liberal music press’s periodic attempts at unearthing the Mythical Gay Rapper have never amounted to much: a few artists whose novelty sadly outweighs their talent, a few fascinating but insular scenes that prefer to remain underground than make statements to the world. But one of the most heartening aspects of the currently vogueish NYC queer rap crew is how unghettoised they seem – and how formidable their talents are.

2012 has seen his compadres Mykki Blanco and Zebra Katz release key singles (‘Wavvy’ and ‘Ima Read’ respectively) – and Khalif Diouf, aka Le1f, aka QPoc Shakur, exemplifies this on his debut mixtape, Dark York. It’s a murky, often demanding and mostly enthralling listen full of lyrical and sonic twists that wears its radical nature lightly. The idea that rap, with its traditions of sexual braggadocio, boasting about one’s fabulousness and putting down lesser rivals, is culturally an ideal playground for gay artists to run amok in is borne out in style throughout. Le1f compares himself to mermaids, unicorns, Angela Bassett and Amber Rose in a charismatic drawl, all the while threatening convincingly to knock gay-bashers out: “I make a neo-Nazi kamikaze when I firebomb,” he sneers on ‘Wut’. He wears his sexuality not as a gimmick but as an integral, malleable facet of his character, taking cues from both male and female straight rappers to switch adroitly between predator and object: “Do you like my body?” he croons on ‘Bubbles’, quoting none other than Nicki Minaj, while the prettily delicate ‘Lavandin’ elides sex appeal with a selection of herbal oils. Elsewhere, he macks on a dancefloor’s sexy papis and kisses off a fling with the line, “You don’t even have to tell your girlfriend what happened.”

Le1f’s flamboyant menace is reflected in his music, too. Dark York is mostly self-produced, though when Le1f collaborates with others he chooses artists such as Nguzunguzu, engaged in their own project of pushing the boundaries of club culture in dreamy, emotional directions. At 21 tracks in length, Dark York can drag at times: Le1f’s weakest moments come when he slurs aimlessly over stoned, sludgey tempos; as strange as the musical details can still be, they feel less involving when the music gets stuck in sonic mud. But it’s the mixtape’s triumphs that throw them into light: the horns, handclaps and chants of ‘Wut’, Dark York’s most immediate cut; the witty recasting of DJ Drama’s instantly recognisable macho drop on ‘Gayngsta’; the twinkling synthwork of ‘ΩΩΩ’; the frenzied crunk melody of ‘Gimme Life’; the Aaliyah samples and irresistible hooks of ‘Fresh’.

Ultimately, Dark York feels like a gauntlet thrown down to the straight hip-hop world, not an inward-looking one-off. Which straight rappers are ready to match Le1f’s fierceness? Which of them can take on his beats (you can imagine everyone from T.I. to Cam’ron jumping on ‘Wut’)? Who will dare to go head-to-head with him on record? Le1f’s made his statement,  a formidable one – and a potential blueprint for the future.