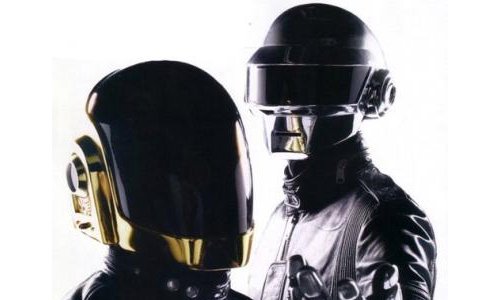 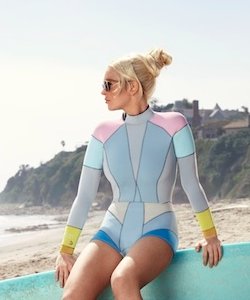 The film is five minutes and 34 seconds long, and comes directed by artist Richard Phillips and edited by Jay Rebinowitz, whose previous work includes Requiem for a Dream and The Tree of Life. Phillips explained to The Huffington Post late last week that his “favorite film score is the one Thomas Bangalter created for Irreversible. The soundtrack absolutely defines the daymare into nightmare feeling you get from the film.”

The film “was inspired by ’90s noir of Lost Highway“, Phillips continues. “The other film was Free and Easy by Greg MacGillivray and Jim Freeman. The style of the surfing imagery comes from that underground surf film … You balance Lindsay’s iconic presence with power and surfing — creating those oppositions. In surfing you have action scenes vs. scenes on the beach. The whole thing comes unhinged as it folds into this nocturnal realm, and Lindsay enacts the nightmarish noir person.”

It’s not the only thing Bangalter’s been busy with of late: Daft Punk’s long awaited new album has been discussed and debated throughout the year, with Chic’s Nile Rodgers, Giorgio Moroder and more confirmed as having an input into it.