Hot Chip reveal video for ‘How Do You Do?’; group scoring for Olympics table tennis 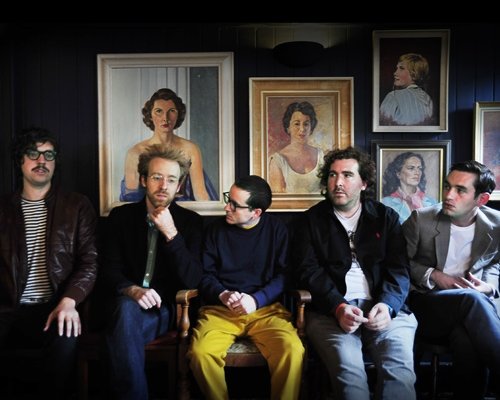 Another day, another video from Hot Chip’s recent album In Our Heads.

This time, direction comes courtesy of Rollo Jackson. It’s a lot less confusing than the group’s last video, in the sense that there doesn’t seem to be much of a plot – instead, it’s the group performing over unfamiliar backgrounds (an Ultra-Scan, for instance), with a decidedly ’90s feel to the fidelity. Think a Quiksilver advert meets Pop-Up Video and… nah, we’re probably still not there.

In other Hot Chip news: a press release sent out today by Domino reveal that the London group will be scoring the introductory music for the London Olympics’ table tennis competition. Which should be interesting.