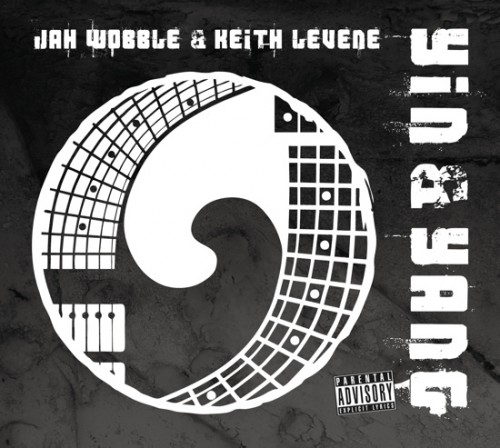 While John Lydon’s legendary post-punk outfit PiL bask in the glow of their first new album in 20 years, two of the band’s founding members have other plans.

It’s been announced that bassist Jah Wobble and guitarist Keith Levene will release a collaborative album titled Yin And Yang in November [via The Quietus]. The album [artwork pictured] follows a self-titled EP from the duo earlier this year and a tour, Metal Box in Dub, in which they re-worked material from the band’s 1979 sophomore album.

Speaking about the album, Wobble said: “I reunited with Keith a couple of years ago. He was off smack and keen to play again. We had a bash in a rehearsal room and it went well. To start with I got him to play on three tracks of the album [Psychic Life] that I was making with Julie Campbell [Lonelady]. Since then we have performed Metal Box in Dub live. These shows were very well received. As far as I was concerned he was back and on top of his game again. I thought it would be a good idea to go and record some new material.”

The resultant ten track LP is due for release on November 19 via Cherry Red Records. Full tracklist below.