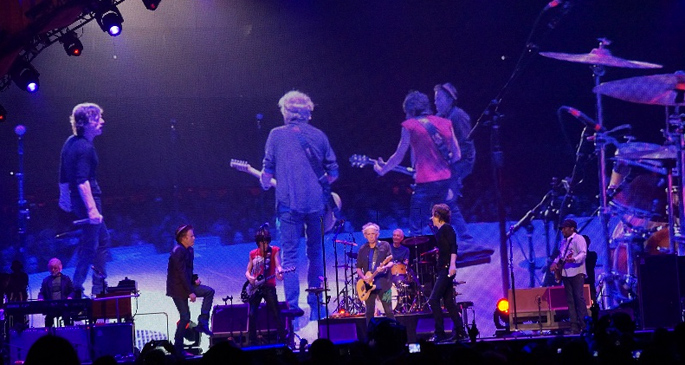 The avant garde’s bizarre hero links up with rock’s most unlikely survivors.

In their Oakland show this weekend, legendary rockers The Rolling Stones brought out an unexpected guest in gravelly-voiced weirdo Tom Waits. Waits assisted the band in a cover of Howlin’ Wolf’s 1961 blues classic ‘Little Red Rooster’ and delivered his shredded vocal with a typical growl. His unmistakable voice adds a fittingly gruesome depth to the track, and sharply accents the toothless blues of the original.

You can see the whole thing thanks to the fan-uploaded footage below. [via Pitchfork]