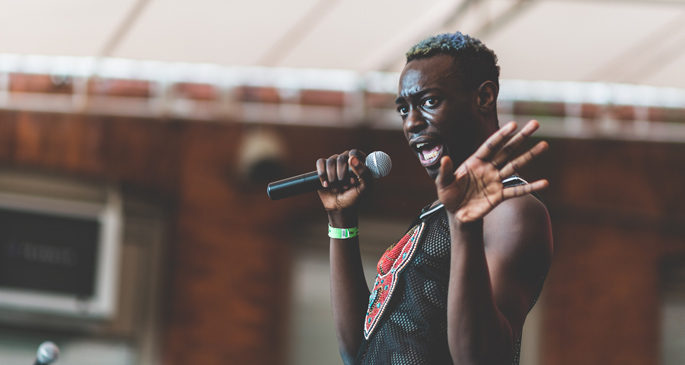 Le1f cleans up his act in this brand new video.

One of New York’s most unique contemporary rappers, Le1f can always be counted on for a good video, and ‘Spa Day’ does not disappoint. The track was already the clear stand-out of January’s Fly Zone mixtape, with its blend of Le1f’s signature vocal theatrics and a tough, neon-drenched beat from HarryB, and now it feels like it’s had the pampering it always deserved.

Set unsurprisingly in a spa, Leif and a number of his associates make sure they do it right as they get the wax and wash treatment and end up in a jacuzzi just for kicks. It could easily look cheesy, but director Jesse Miller-Gordon’s careful treatment means it comes off more Wes Anderson than Hype Williams, and there’s nothing wrong with that at all.

Update: Le1f just announced a summer tour that will take him through Europe and Australia; down under, he’ll be joined by Brooke Candy and House of Ladosha. Check out the tour flyer below. 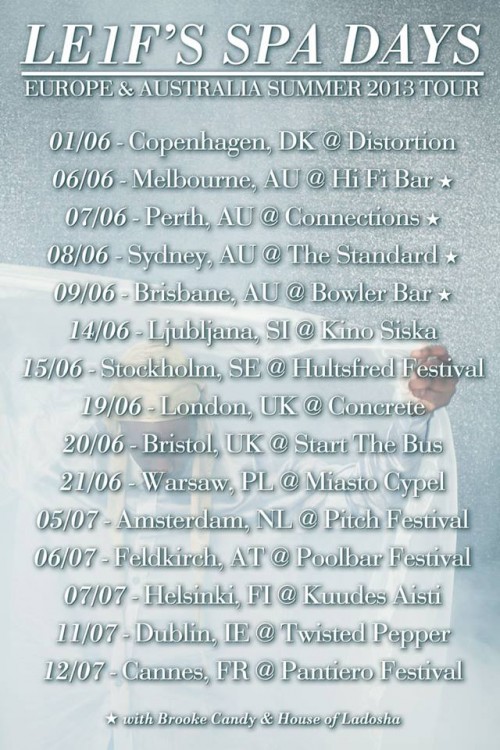