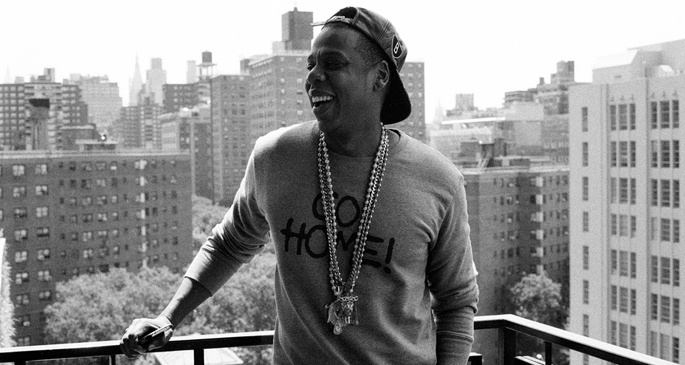 It’s not much, we know, but this new trailer from Samsung at least allows us to hear a little more access to Jay-Z‘s imminent new full length Magna Carta Holy Grail. Kicking back in the studio with Timbaland, Jigga appears to be on a winning streak, noting that they have time to knock out four more tracks. Whether that actually happened only time will tell, but the new track the duo previewed – a crushing chiptune-inspired monster, not unlike ‘Niggas In Paris’ – sounds like it’s going to be a serious album highlight.

In other Jay-Z news, the world-beating Brooklyn rapper has finally become a licensed sports agent – you can read more about that here. Magna Carta Holy Grail is set to drop on June 4, via Def Jam. If you have a Samsung phone though, you should be getting it for free.

Update: Billboard editorial director Bill Werde explains why the million copies “purchased” by Samsung will not count in the magazine’s chart formulation, as the free albums will not meet the “minimum pricing threshold for a new release.” However, it’s not all bad news for Jay: “I’ve been told that label sources expect first-week sales of the album to be in line with the 400,000-450,000 his recent albums have shifted,” Werde writes. “That will almost certainly give Jay his lucky 13th No. 1 on the Billboard 200.”