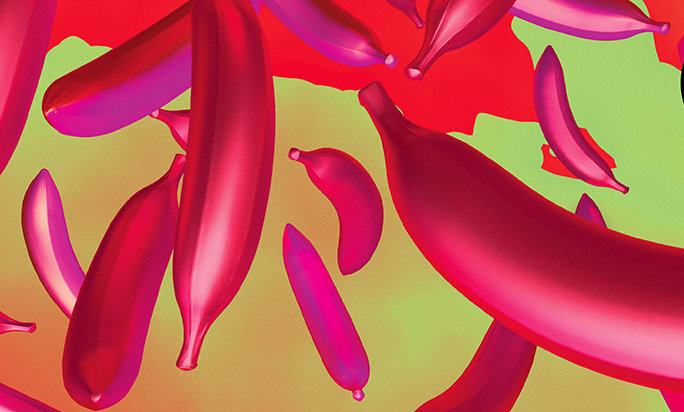 Logos’s music is notable for several reasons – he was one of the first of a new wave of producers recontextualising Wiley’s eski palette through productions that looked to, but ultimately moved on from the tropes of classic grime, explaining to FACT back in 2011 that “if people were writing a dystopian film set in London in 2025 or whatever, you could just set it to Wiley beats and it would sound authentic” – but one of its key characteristics is its weightlessness. Logos’s percussions are so sparse that his melodies feel suspended in space; in stasis if you will; the basslines rippling past like transmissions from one distant entity to another. He’s not alone, either: producers from grime’s new wave appear to increasingly be favouring weightlessness as a characteristic of their music.

On Mr. Mitch‘s ‘Peace’ edit of Wiley’s classic ‘Eskimo’, he filters and isolates the bassline at the track’s core until it feels perfectly still – additions to the track (echoes, Tri Angle-esque moans, heavily reverberated clicks and claps) simply give the impression that you’re viewing it from different angles. Much of Mitch’s music is defined by its funkiness, whether that’s the Destiny’s Child-sampling ‘Bills’ or the sweetboy soul of ‘Junior’, but here he proves he can get creepy and weird when it’s required too.

Slackk‘s music increasingly pushes the boundaries of what grime is: his latest EP, Failed Gods, featured beatless synthesiser pieces, paranoid clutters of clicks and Far Eastern samples and in ‘Silk Robe’, effectively an r’n’b tribute to Twin Peaks. The sighing ‘Stasis’, soon to be released as a bonus track on the extended CD version of past release Minor Triads, is described on Soundcloud as “suspended animation bruv”, which says it all.

Even Darq E Freaker‘s at it. The producer behind ‘Next Hype’ and ‘Cherryade’ has spent the last couple of years pitching to the US with hip-hop-inspired instrumentals – and it seems to have worked, he’s on the beat for rapper Gita’s ‘Mardi Gras’ – but on ‘Psychosis’, from All City’s forthcoming Amada compilation [pictured above], he soaks the Luger-style snares and clap-on-every-beat intro in gaseous ambience, lending them a dusty, moonlit quality that’s not been present on his lurid past material.

Back on Earth, JT the Goon continues to prove why he’s one of grime’s unsung heroes. JT has been producing for MCs for the best part of a decade, but this year has seen him focus on releasing his instrumentals. Twin Warriors, his forthcoming EP for Oil Gang, combines swelling orchestral crescendos with delicate sino-grime riffs, while a new mix uploaded to JT’s Soundcloud shows off the amount of material he’s still got in the bank. The track titles – ‘Mystical Dragon’, ‘Frozen Grime’, ‘Hidden Scroll’ – should give you a good idea of what to expect here.

Rounding us off, this beauty from MssingNo. A favourite of Visionist and more, MssingNo’s instrumental tracks can sometimes seem like they’re missing something (no pun intended) when compared to his collaborations with Cas, but on ‘XE2’, forthcoming on the Goon Club Allstars label, he fills that space with some of his most seductive vocal sampling yet.